Please ensure Javascript is enabled for purposes of website accessibility
Log In Help Join The Motley Fool
Free Article Join Over 1 Million Premium Members And Get More In-Depth Stock Guidance and Research
By Dan Caplinger - Mar 4, 2021 at 11:20AM

Among the gainers on the day was Tanger Factory Outlet Centers (SKT -1.83%), which got recognized by an increasingly prominent and influential group of investors. Meanwhile, Snowflake (SNOW) came out with its latest financial report, prompting volatile trading in the software-as-a-service stock as  shareholders tried to parse through recent happenings in the tech industry and the broader market. 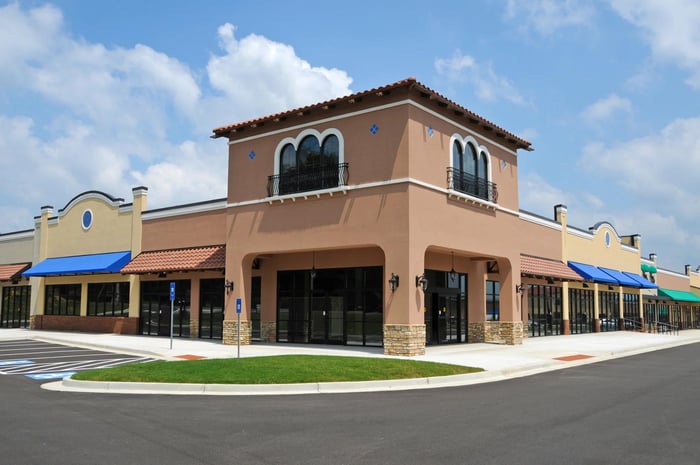 Tanger Factory Outlet Centers climbed almost 9% Thursday morning. That move added to gains from earlier this year that have caused shares of the retail real estate investment trust to double since the beginning of 2021.

Tanger has apparently caught the attention of traders on the Reddit forum WallStreetBets, with participants there pointing out that the REIT's current short interest of nearly 40% makes it the second-most popular short-sale candidate among bearish investors after video game retailer GameStop. Seeking to take advantage of institutions that are shorting the REIT's shares, WallStreetBets has a number of posts suggesting that the stock price could move several times higher from current levels.

Tanger's shares fell along with other retail real estate stocks when the COVID-19 pandemic hit. However, the open-air floor plans for its outlet centers have helped Tanger get its shoppers back more quickly than enclosed mall spaces. Recent results show traffic returning almost to normal conditions, and that could well move even higher if pent-up demand among shoppers gets released later this spring and summer.

The GameStop short squeeze back in late January also lifted Tanger in sympathy, but the recent move appears to be focused more squarely on the retail REIT's specific value proposition. With the stock still down by more than half from its highs in 2016, it'll be interesting to see if Tanger can keep rising.

Elsewhere, shares of Snowflake were volatile, moving from sizable gains to significant losses before settling near unchanged as of 10:30 a.m. EST. The cloud data platform provider reported solid fourth-quarter earnings results, but investors still seem unclear whether the highly valued stock can maintain its huge gains since its recent IPO.

Snowflake's growth remains massive. Product revenue more than doubled in the fourth quarter, closing a fiscal year in which Snowflake's sales climbed 120%. The company now has more than 4,100 customers, up 73% year over year, and it nearly doubled the number of customers bringing in at least $1 million in annual sales to 77. Moreover, Snowflake is keeping those customers happy, leading to a net revenue retention rate of 168%, which signals that users are expanding their platform use to pay for more services over time.

Moreover, Snowflake sees its future as brighter than ever. Its guidance calls for revenue to top the $1 billion mark for the current 2022 fiscal year, with gains of between 81% and 84%.

Snowflake went public last September at $120 per share and immediately started trading at more than double that in its first day of trading after the IPO. Since then, the stock has been flat, but Snowflake's business is starting to catch up. For a company with as rich a valuation as Snowflake, that's not surprising, but the SaaS stock still looks like a solid long-term investment.