Streaming television service fuboTV (FUBO -1.86%) announced quarterly earnings Tuesday afternoon, and the stock has dropped almost 25% since. Wednesday's slide has continued today, as shares are down over 6% as of 3:50 p.m. EST.

It's not that earnings were bad. The company reported its first fiscal quarter of revenue greater than $100 million. And the fourth quarter capped off a year where total revenue grew 83%, and paid subscribers reached almost 550,000. That represented 73% growth in a year.

Today, fuboTV announced more progress on growing its sportsbook ambitions, announcing agreements for fuboTV sportsbooks in Indiana and New Jersey through Caesars Entertainment (CZR 3.04%). But news of a deal yesterday between DraftKings (DKNG -0.85%) and Dish Network (DISH 1.32%) might have fuboTV investors concerned. 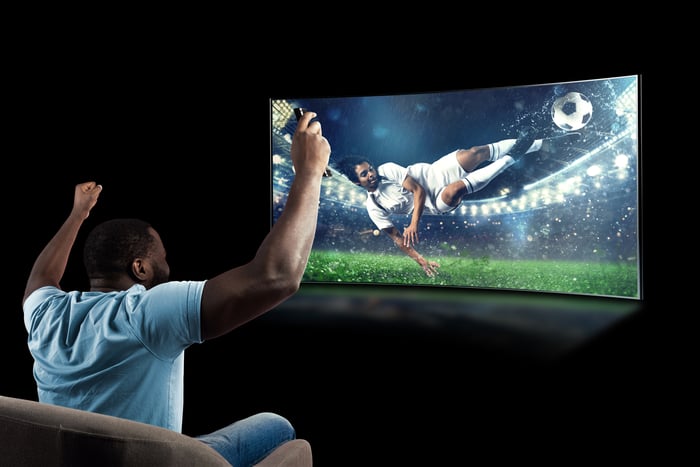 The new agreement through Caesars expands fuboTV's plans for a sportsbook launch to three states in the fourth quarter of this year. Much investor enthusiasm for the stock has been based on the company's plans to combine streaming TV with sports betting.

Investors who were taking the long approach with fuboTV may have been surprised by a competitor to its unique sportsbook and streaming TV plans seemingly popping up out of nowhere. At least that's how the action in the stock looks to be playing out the last two days.