Please ensure Javascript is enabled for purposes of website accessibility
Log In Help Join The Motley Fool
Free Article Join Over 1 Million Premium Members And Get More In-Depth Stock Guidance and Research
By Charlene Rhinehart, CPA - Mar 6, 2021 at 6:03AM

Women have jumped over many hurdles in society. But when it comes to building wealth, that's a barrier that still stands tall. Reports show that women typically save more than their male counterparts, but it hasn't been enough to close the gender wealth gap and get more women to millionaire status.

A few strategic moves, however, can change that. We've compiled some key statistics and action items to help you get started. We'll also take a look at how the gender pay gap contributes to the wealth disparities and then walk through some ways around that. 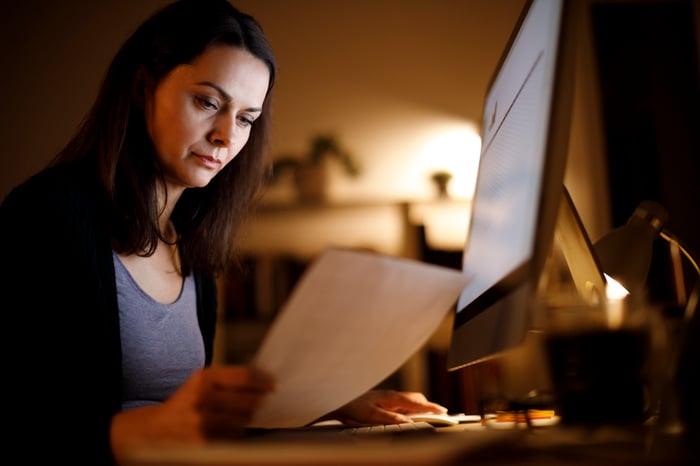 Research shows that women are still earning less than men, making an average of $0.80 for every dollar earned by men, according to 2020 data. Even across all education levels, the wage gap still persists.

The difference in wages adds up over time. A study commissioned by Merrill Lynch shows that the cumulative lifetime earnings gap between men and women is $1,055,000 at retirement age.

The majority of women have never negotiated their pay, but those who do still have a hard time getting it, according to multiple studies. That said, women have to become fierce negotiators and be willing to go where they are valued. A pay boost will give women a chance to save more, plan for retirement, and hit the $1 million mark sooner.

Basic steps to move from wages to wealth

Although more money is a plus, it doesn't move the needle unless you put that extra money to work and are intentional about how you allocate it.

First, you want to create a financial plan or work with someone who can help you do it. Studies have repeatedly shown that those who write down their goals have a better chance of achieving them. If your goal is to become a millionaire, write it down and track your progress.

Then, save with a purpose. Women save more than men, stashing away an average of 9% of their annual paychecks compared to an average of 8.6% for men, according to a 2017 Fidelity study. Although this doesn't translate into a higher savings balance for women, there are a few money moves that women can take from NFL player Rob Gronkowski's game plan to crush their savings goals.

Finally, manage your expenses. Taxes are typically the single-largest expense that most Americans pay every year. Focus on tax planning throughout the year so that you can take advantage of the perks embedded within the tax code.

Accelerate your goals by investing

There are many ways to invest money but the stock market is one of the simplest ways to generate wealth without lifting a finger. Studies have shown that women who invest in the stock market earn better returns than men, however over 75% of women shy away from stocks.

According to BlackRock, the average female investor is comfortable with keeping 68% of her portfolio in cash and cash equivalents like certificates of deposit, money market accounts, and Treasury bills. Different assets play a certain role in your portfolio but if you want to expedite your journey to the millionaire club, a consistent and patient investing strategy is something to consider.

Mellody Hobson, co-CEO and president of Ariel Investments, believes in the power of investing. Her firm manages approximately $15 billion in assets and she's a frequent speaker on topics related to wealth building and investing. During her Class of 2020 commencement speech, she shared the impact of investing in the stock market over the long term:

Since opening in 1896, there has been no 25-year period when the S&P 500 has lost money. ... if someone from my 1991 class had committed to putting just $1 a day ($30 a month) into the stock market, that investment would be worth [approximately] $40,000 today. If you can get used to living on less, you can someday have more. Whatever you start with, the seed will grow.

It's easy to go through this action plan and point out items that may not be feasible. Remember this: It's not about perfection; it's about progress. The goal is to get started and keep going from there.

Studies continue to show that women leave the workforce at higher rates than men, deal with gender pay inequities, and have various care networks to manage, but it's still possible to achieve millionaire status. Start where you are, give yourself permission to grow, and the $1 million mark will be visible sooner than you think.