Please ensure Javascript is enabled for purposes of website accessibility
Log In Help Join The Motley Fool
Free Article Join Over 1 Million Premium Members And Get More In-Depth Stock Guidance and Research
By Keith Noonan - Updated Mar 8, 2021 at 9:36AM

The blockchain company is ramping up its mining operations. 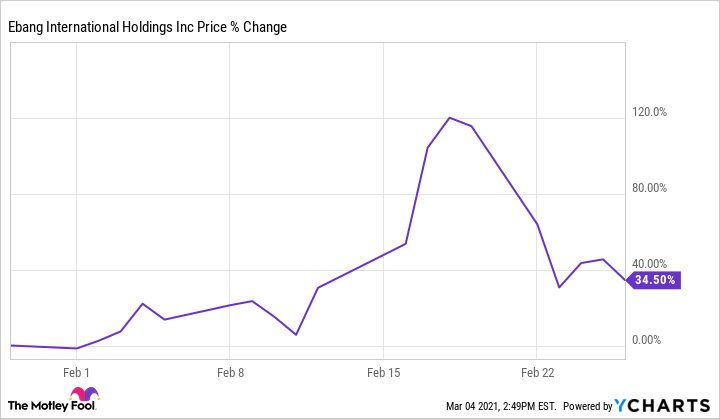 The blockchain technology company published a press release on Feb. 4 announcing that it had completed the design of a chip for simultaneous mining of Dogecoin and Litecoin. The company followed the announcement with news that it would be expanding its own cryptocurrency mining operations, prompting its stock to soar. 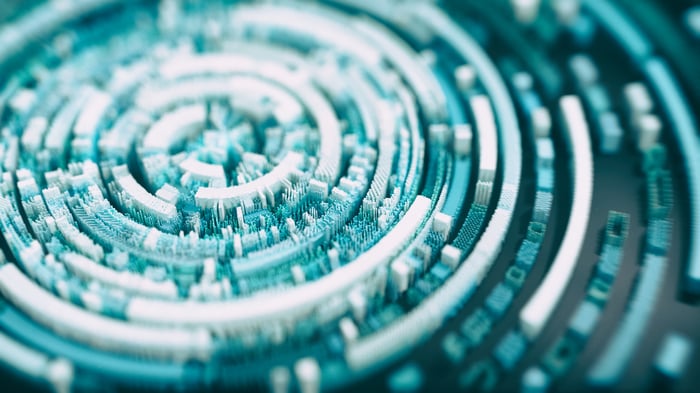 Ebang announced on Feb. 17 that it would be launching a new Bitcoin mining operation. The company followed that announcement with another press release on Feb. 25 that it would be launching Dogecoin and Litecoin mining operations. Excitement surrounding these announcements allowed the blockchain company to close out February with strong double-digit gains despite the big sell-off for growth-dependent tech stocks that occurred at the end of the month.

Ebang stock has lost ground early in March's trading. The company's share price has dipped 22.8% in the month so far. 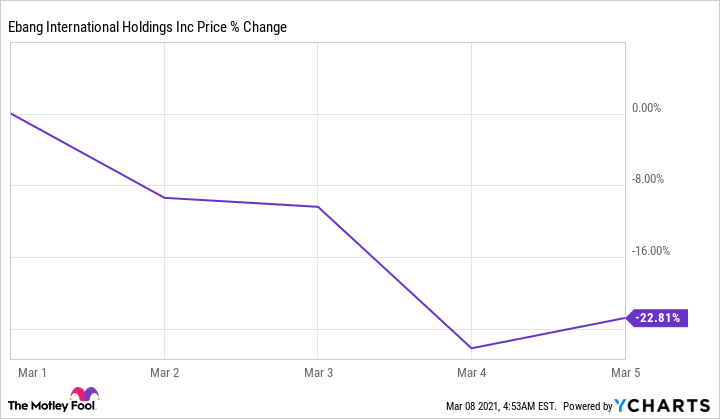 Ebang has a market capitalization of roughly $1 billion and trades at approximately 8.25 times this year's expected sales. Growth-dependent tech stocks could remain pressured if investors continue to look to energy and industrial stocks and fixed-income investments as preferred pandemic recovery plays, but Ebang's close connection to the cryptocurrency market makes its performance even more difficult to chart. The company's share price is still up roughly 23% from market close on the day of its June 26 initial public offering, and investors should approach the stock with the understanding that more volatility (for better or worse) is likely in the cards.