Please ensure Javascript is enabled for purposes of website accessibility
Log In Help Join The Motley Fool
Free Article Join Over 1 Million Premium Members And Get More In-Depth Stock Guidance and Research
By Keith Noonan - Mar 8, 2021 at 10:21AM

The SPAC stock is falling ahead of its big merger.

Shares of Northern Genesis Acquisition (NGA) slumped 21.7% in February, according to data from S&P Global Market Intelligence. A big pullback for electric vehicle (EV) stocks is pressuring the valuation of the special purpose acquisition company (SPAC). 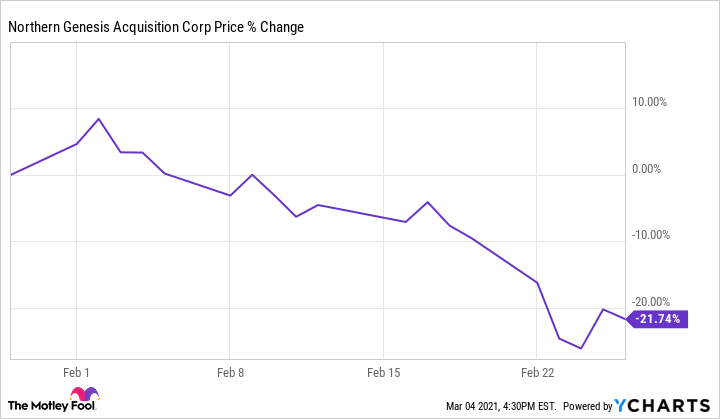 Northern Genesis is on track to merge with EV specialist Lion Electric before the end of March. The deal will take the newly formed company public under the Lion banner and see its stock trade on the New York Stock Exchange under the ticker symbol LEV. EV stocks have commanded lofty price-to-sales multiples for much of the last year, but it seems investors' appetite for speculative, growth-dependent plays in the category may be waning. 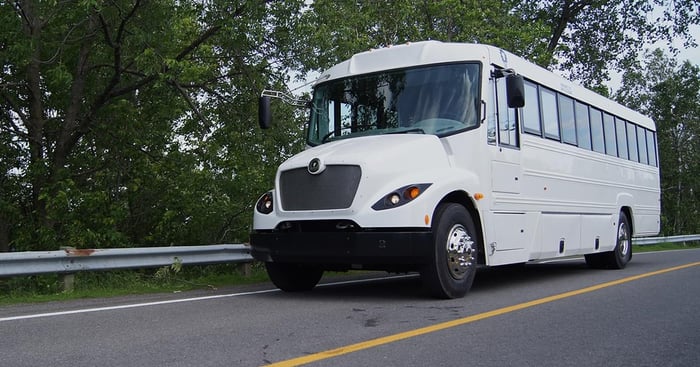 SPACs have become an increasingly popular vehicle for taking companies public over the last year, but many stocks in the category have seen substantial pullbacks following initial merger-announcement pricing pops. While Lion Electric's long-term outlook remains speculative, there are some promising early demand indicators that set it apart from other SPAC merger targets.

Lion Electric has a contract to supply Amazon (AMZN 4.11%) with 500 EV trucks from 2021 through 2025, with an option to extend the delivery deal through 2030. Amazon also has an option to purchase a 20% stake in Lion Electric -- an interesting, if tentative, vote of confidence from the e-commerce and cloud computing giant.

Northern Genesis also announced last month that Lion had received an order from the Los Angeles Unified School District for 10 of its all-electric LionC school buses. However, the announcement was overshadowed by the broader pullback for EV stocks.

The sell-off for Northern Genesis stock has continued in March. The company's share price is down roughly 27% in the month so far. 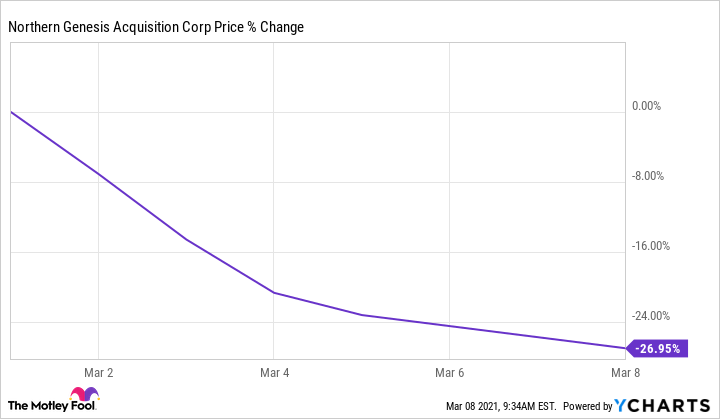 Northern Genesis stock is still up roughly 58% from market close on the day of its initial public offering last August, and investors should proceed with the understanding that the company's share price looks primed for more volatile swings in the near term. Northern Genesis now has a market capitalization of roughly $610 million.