Please ensure Javascript is enabled for purposes of website accessibility
Log In Help Join The Motley Fool
Free Article Join Over 1 Million Premium Members And Get More In-Depth Stock Guidance and Research
By Keith Noonan - Updated Apr 5, 2021 at 9:37AM

The special purpose acquisition company has pulled back in recent months, but it's still up roughly 75% since its public debut.

Shares of Northern Genesis Acquisition (NGA) dipped 18.1% in March, according to data from S&P Global Market Intelligence. There wasn't any negative news for the special purpose acquisition company (SPAC) in the month, but its stock pulled back in conjunction with sell-offs for the broader electric vehicle (EV) space. 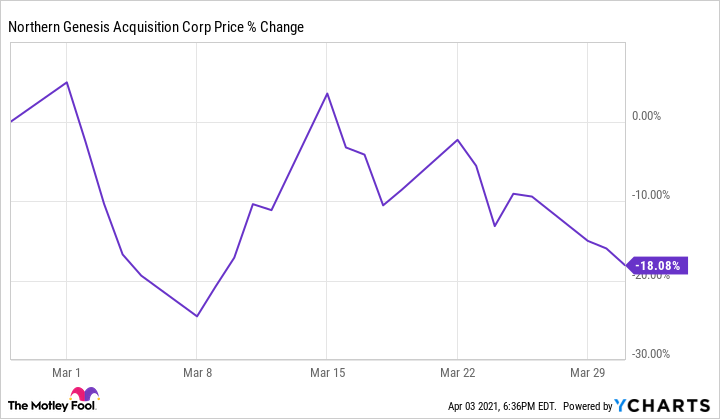 Northern Genesis is on track to acquire EV maker Lion Electric and take it public through the merger. Lion Electric makes electric-powered buses and other large vehicles and has attracted investor interest thanks to its government contracts and a vehicle delivery deal with Amazon. But it's not surprising that Northern Genesis stock lost ground in March as investors took a more cautious stance on EV stocks. 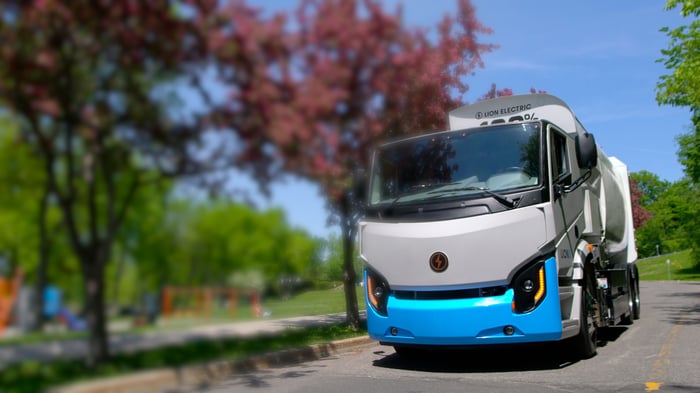 While Northern Genesis stock fell in March's trading, Lion Electric announced some promising news. It published a press release on March 15 detailing plans to begin producing its own battery packs and modules in 2023.

Lion Electric is building a battery factory in Quebec and expects that it will be able to produce enough batteries to supply roughly 14,000 medium- and heavy-duty vehicles each year. Making its own batteries should help the company cut down on some expenses and give it greater control over its supply chain.

Northern Genesis stock has regained some ground early in April's trading. The company's share price climbed 3% in the month's first day of trading. 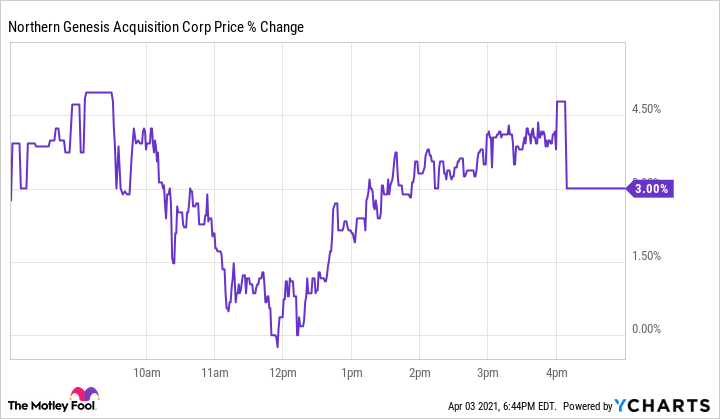 Northern Genesis will hold a special stockholders' meeting on April 23 to vote on the combination with Lion Electric. It's highly likely that the merger will go through, and the combined company will begin operating under the Lion Electric name and trading under the ticker symbol LEV on the New York Stock Exchange.