Please ensure Javascript is enabled for purposes of website accessibility
Log In Help Join The Motley Fool
Free Article Join Over 1 Million Premium Members And Get More In-Depth Stock Guidance and Research
By Lou Whiteman - Mar 9, 2021 at 9:31AM

The company should be well positioned to recover from the pandemic earlier than most.

Discount carrier Frontier Airlines is charting a course to return to public markets, filing for an initial public offering (IPO) with plans to trade on the Nasdaq under the ticker FRNT.

Frontier was a publicly traded company before, but was acquired out of bankruptcy by Republic Airways Holdings in 2008. It was eventually sold to private equity firm Indigo Partners, which has rebuilt the airline as a ultra-low-cost discounter similar to Spirit Airlines (SAVE 3.22%). 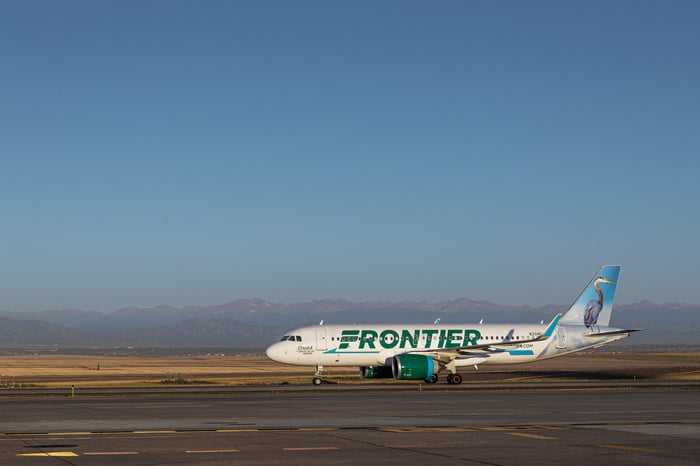 The company is going public after a turbulent year for the airlines. Frontier lost $225 million on sales of $1.25 billion in 2020, with results weighed down by a pandemic-induced decline in air travel.

But airline stocks have recovered much of what they lost in 2020 in the early days of 2021, and investors are growing confident that as vaccines are rolled out, we will see substantial demand for leisure travel by summer.

Airlines like Spirit and Frontier are likely to be among the first to recover because of their low costs and their focus on vacationers.

Frontier had originally filed to go public in 2017 but delayed the offering in part due to the impact of price wars with United Airlines Holdings (UAL 5.08%). The airline officially pulled that offering last summer.

Frontier is one of two airlines currently planning an IPO, with Sun Country Airlines Holdings also seeking to go public in the months to come.