Please ensure Javascript is enabled for purposes of website accessibility
Log In Help Join The Motley Fool
Free Article Join Over 1 Million Premium Members And Get More In-Depth Stock Guidance and Research
By Dave Kovaleski - Mar 10, 2021 at 8:08AM

The leading home mortgage company has been volatile but remains a good long-term play.

Rocket Companies (RKT 2.94%) has been one of the hottest, and most volatile, stocks in the financial sector this year. The nation's leading home mortgage company has gone through some wild swings, fluctuating from lows around $19 per share to a high over $41 in just the past few weeks. At Tuesday's close, it was at $25.49, good for a 26% gain so far in 2021.

There has been a lot of interest in this stock on Robinhood and within some of the online trading communities -- and for good reason. Rocket is a great company. Even with the short-term volatility, and even if there is a market correction, this is a stock I'm going to hold on to because of its long-term potential. 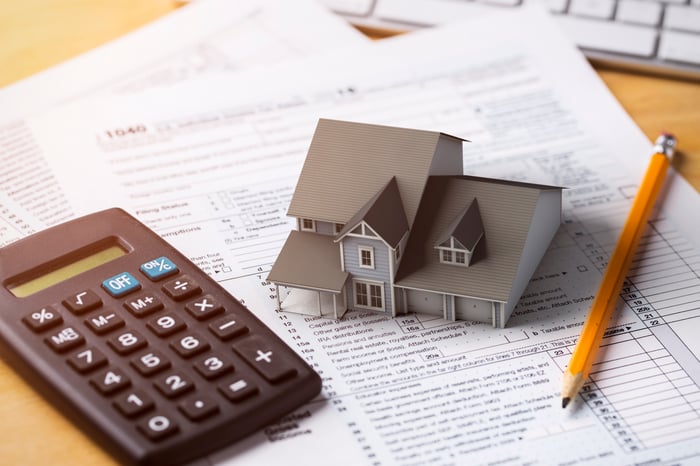 A record-breaking year in 2020

Rocket -- the parent company of Quicken Loans and Rocket Mortgage -- went public last August as the nation's leading home mortgage lender. It had a record-setting year in 2020, generating $320 billion in loan originations, including a record $107 billion in the fourth quarter. Net revenue was up 144% year over year in Q4 to $4.7 billion, while net income was up 277% to $2.8 billion.

The stellar performance had a lot to do with the record low 0% interest rate range, which created a surge of home refinancings, as well as home purchases. But Rocket, as the leading home mortgage lender in terms of loan originations, stands out for a few good reasons.

Rocket was one of the first companies in the industry to move to online transactions, and now its all-digital business model is extremely efficient, as just about everything can be done on the Rocket app. It is not only preferred by customers for its ease and convenience but it saves the company a lot of overhead costs. Its gain-on-sale margin is 4.4%, down slightly from the third quarter but up 29% year over year. That's a high number, as most competitors are well below that. The higher the margin between the wholesale and retail cost of the mortgage, the more profit the company makes off the mortgage. That is one of the reasons why Rocket's operating margins are so high -- about 62%.

That has boosted its cash and liquidity and enabled it to make some investments, like a recently announced deal with Morgan Stanley to originate, close, and service its Fannie Mae and Freddie Mac loans so the investment bank can focus on larger clients.

Given the environment, it is highly unlikely that Rocket will see the kind of growth it saw in 2020, as mortgage rates are expected to tick up and originations and refinancings are expected to be down.

Rocket is also facing increasing competition, as United Wholesale Mortgage, the largest wholesale mortgage lender and second-largest in originations, went public in January and now trades as UWM Holdings. There are also smaller players like Flagstar and Mr. Cooper Group, among others, also looking to make inroads.

That said, Rocket has about an 8% market share and is looking to increase it through investments in technology -- about $500 million over the past year -- and marketing, including a series of Super Bowl ads. It has built a huge client base and is consistently ranked No. 1 for client satisfaction. So while the digital mortgage market may get more competitive, and the housing market may not be as strong this year, this remains a great long-term investment, despite the near-term volatility.

The price has come back from its highs and may even sink lower. But if you can buy this stock in the low- to mid-$20 range, you've got a fair price for a market leader poised for continued long-term growth. I'm definitely not selling.