Please ensure Javascript is enabled for purposes of website accessibility
Log In Help Join The Motley Fool
Free Article Join Over 1 Million Premium Members And Get More In-Depth Stock Guidance and Research
By Dave Kovaleski - Mar 13, 2021 at 10:08AM

The bank's forward momentum hinges on one factor -- and it's looking good.

When many investors think of Wells Fargo (WFC 0.15%), they think of that scandal-plagued bank that has underperformed its large peers over the past five years. But things have gradually changed at the bank, the third-largest in the U.S. according to the Federal Reserve. In fact, this year, Wells Fargo has outperformed its peers -- up about 32% year to date at Friday's prices.

Yes, Wells Fargo is winning. Investors want to know why, and whether it's sustainable. The answers are yes and yes, for one key reason: improved risk management and oversight. 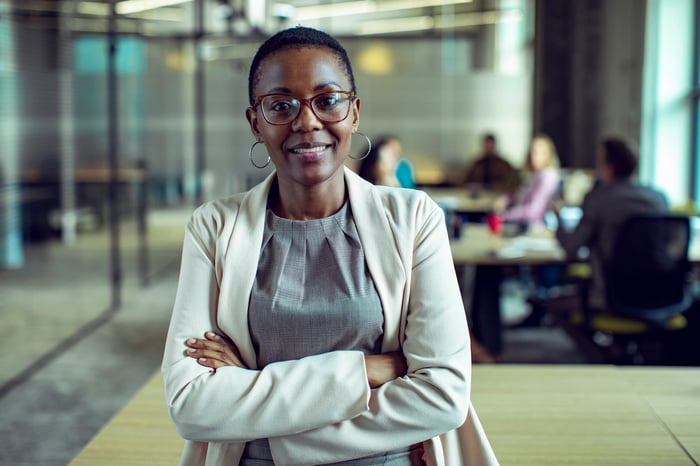 Much has been written about the problems at Wells Fargo, which have lingered over the bank for almost eight years and cost it billions in fines. The scandal also led to a revolving door of executive leadership and a plummeting stock price.

But things started to change in October 2019 when Wells Fargo hired Charles Scharf as its new CEO. Scharf came to Wells Fargo from Bank of New York Mellon, but he was also CEO at Visa and president of retail financial services at JPMorgan Chase, learning under his now-rival, Jamie Dimon.

One of Scharf's first major initiatives was to reorganize the business lines to improve accountability and responsibility. Now there are chief risk officers for all five business lines: consumer and small business, commercial banking, corporate and investment banking (CIB), wealth and investment management, and consumer lending. All five CROs report to one overarching CRO. Previously, this was not the case.

Wells Fargo also has other risk management teams organized by risk type, as well as a chief compliance officer and a head of operational risk management.

There has been a major development on the risk management front that investors should know about. In February, Bloomberg initially reported that the Federal Reserve will approve of Wells Fargo's plan to overhaul its risk management and governance operations.

The Federal Reserve had imposed a cap on Wells Fargo's assets in 2018 due to the oversight failures, saying they could not exceed the total amount of assets reported at the end of 2017 until several conditions were met. One of them was a satisfactory risk management plan.

It was a major hurdle, and although there are a few others to clear, Wells Fargo is on its way to having that cap requirement terminated, possibly by the end of the year, according to Bloomberg. Along with all the other issues that Wells Fargo had been facing, including the pandemic and its internal issues, the cap is one of the reasons Wells Fargo has underperformed its peers.

Scharf has Wells Fargo on the right path back, as it has made efforts to further diversify its revenue stream by investing in its investment banking business, as it lags behind the other big banks. Wells Fargo's efficiency ratio is very high at 83%, which means its expenses are higher in relation to its revenue. But Scharf plans to cut expenses by $10 billion.

Furthermore, the company announced in February that it is selling off its asset management business to private equity firms GTCR and Reverence Capital Partners for $2.1 billion. It was not a core business, so this was a strategic move to focus on the banking, wealth management, and investment banking/brokerages arms. Plus, it will help the balance sheet.

Any future growth that Wells Fargo may enjoy hinges on getting its house in order from a risk management perspective. This seems to finally be happening.