Please ensure Javascript is enabled for purposes of website accessibility
Log In Help Join The Motley Fool
Free Article Join Over 1 Million Premium Members And Get More In-Depth Stock Guidance and Research
By Jeremy Bowman - Mar 13, 2021 at 10:38AM

Just when you think the stock market is about to settle down, things get crazy again.

Already in 2021, we've seen Reddit-fueled short squeezes driving stocks like GameStop through the roof. More recently, many of last year's biggest winners have plunged as investors rotated out of high-growth tech stocks and into more cyclical plays like energy and financials as Treasury yields rose, portending higher interest rates and confidence in the economic recovery.

No one knows what will happen next, but it's always a good idea to take a look at stocks that Wall Street is ignoring for new potential investments. Keep reading to see three such under-the-radar stocks worth buying today: ACM Research (ACMR 4.83%), PubMatic (PUBM 4.44%), and Niu Technologies (NIU 13.80%). 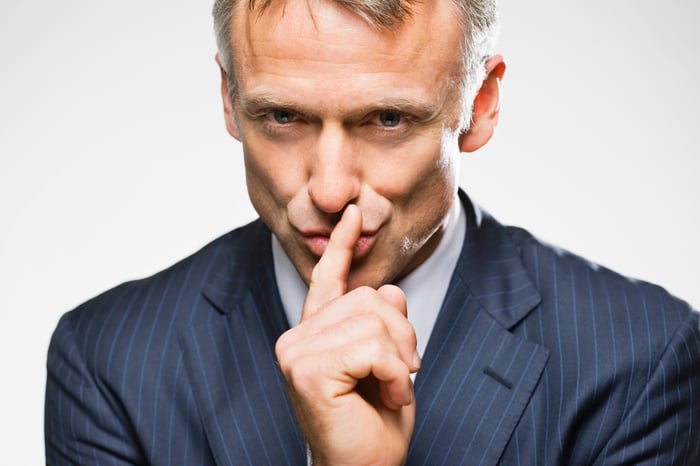 A pick-and-shovel play in semiconductors

ACM Research is a small-cap stock that's been mostly ignored by the financial press despite jumping more than 300% last year. The company is based in the U.S., but does nearly all of its business in China, giving it exposure to a fast-growing market but with the protection of a U.S. domicile.

ACM makes equipment to clean semiconductor wafers, a vital step in the production process, using proprietary wet-cleaning technology, which makes it a pick-and-shovel play in the sector. No matter which chipmaker wins, they all need the kind of cleaning equipment that ACM provides, making the company a safer option than choosing from one of several chipmakers in a cutthroat industry.

Its machines cost between $2 million and $5 million, and its customers include some of the world's biggest chipmakers, such as Semiconductor Manufacturing International Corporation (SMIC), Yangtze Memory Technologies, and Shanghai Huahong Group.

Growth has been impressive at ACM lately. Revenue jumped 85% year over year in its most recent quarter, to $45.6 million, and unlike the companies behind many high-growth stocks, ACM is profitable. It finished last year with $23.8 million in adjusted net income, good for a profit margin of 15.2%, and for 2021, management is estimating revenue growth of 31% to 47%. ACM is also in position to benefit from the global semiconductor shortage, as that should lead to capacity expansions and higher prices in the industry.

The stock has been volatile along with much of the tech sector and is currently down 40% from its all-time high in February. Analysts expect the stock to generate $2.45 in earnings per share in 2022, making the stock a relative bargain today at a price-to-earnings ratio of just 36 based on that estimate.

Recent ad-tech IPO PubMatic is far from a household name and is currently only covered by a handful of Wall Street analysts. Nonetheless, PubMatic has made a strong debut at a time when the ad tech industry has been on fire. Since listing its IPO at $20/share in December, the stock has more than doubled, and its fourth-quarter earnings report -- its first one as a publicly traded company -- shows why.

Revenue soared 64% to $56.2 million, and adjusted EBITDA nearly tripled to $26.9 million, giving the business an EBITDA margin of nearly 50%, showing the company is highly profitable.

In the ad tech sector, PubMatic is a sell-side platform (SSP), meaning it helps publishers manage and optimize their inventory. Its customers include NewsCorp, AMC Networks, and Verizon Media group.

Like much of the rest of the ad tech industry, PubMatic is benefiting from the pandemic-driven acceleration in the shift to Connected TV (CTV), or ad-based streaming television. In its fourth-quarter report, PubMatic said that fast-growing advertising formats, including mobile, digital, and CTV, made up 65% of revenue in the quarter. Omnichannel video revenue more than doubled in the period, which helped growth accelerate into 2021 as faster-growing segments make up a larger percentage of its business.

With the tailwinds from the growth of digital advertising and a diversified customer base of more than 1,000 publishers, PubMatic looks poised to be a winner in the sector.

Electric vehicle stocks have gotten a ton of attention from investors over the last year, but most of the focus has been on carmakers like Tesla and Nio. However, the EV revolution also presents opportunities in the micromobility space. One intriguing stock here is Niu Technologies, a Chinese maker of electric scooters, which only a few Wall Street analysts have been watching.

Niu has delivered strong growth recently, showing demand for EVs goes beyond cars. Unit sales in its fourth quarter rose 42% to 150,000 e-scooters, driving revenue up 25% to $103 million. Revenue grew slower than units sold because Niu is introducing lower-priced products to expand its market.

Like other manufacturers, Niu was negatively affected by the COVID-19 pandemic, which presented both supply chain challenges and demand disruption as lockdowns eliminated the need to buy a new scooter. However, that should set the company up for a strong 2021.

For the first quarter, the company is calling for revenue to jump 80% to 105% as it laps the peak of the crisis in China, though it still sees revenue being down from the fourth quarter because of seasonality. For the full year, Niu forecasts unit growth of 50% to 83%, or 900,000 to 1.1 million, showing the company will sell more vehicles than Tesla.

If the electric vehicle revolution lives up to investor expectations, there will be many winners. As a small, fast-growing company valued with a unique position in the sector, Niu looks set to be part of that group.