Please ensure Javascript is enabled for purposes of website accessibility
Log In Help Join The Motley Fool
Free Article Join Over 1 Million Premium Members And Get More In-Depth Stock Guidance and Research
By Adria Cimino - Mar 14, 2021 at 6:18AM

The price is right for these stocks, which are promising big revenue.

Biotech stocks have had a rough few weeks. These seemingly unstoppable stocks have followed the market in a sell-off that has some investors struggling to sit still. For instance, the iShares Biotech Nasdaq ETF slipped more than 9% over the past month. Even some players that soared to all-time highs or posted four-digit percentage gains last year have slipped.

But this decline might actually represent an opportunity. Investors are now able to snatch up some stocks at pre-pandemic price levels. Let's check out three biotech stocks that each have dropped more than 28% so far from their most recent high points. 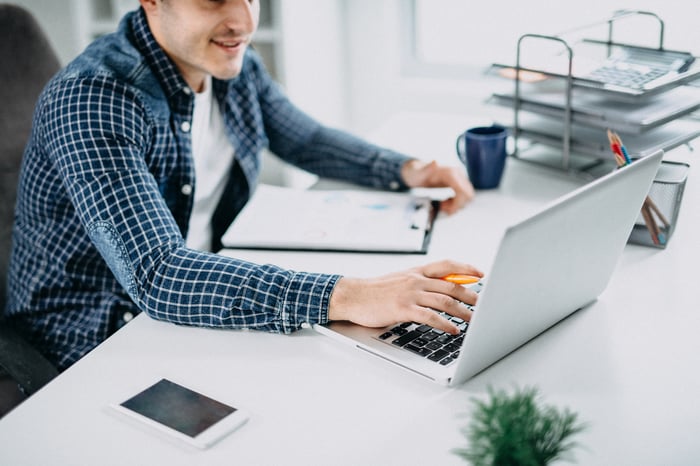 Novavax (NVAX -0.88%) soared more than 2,700% last year -- then extended its gains into the new year. The stock jumped 186% in the first five weeks of 2021 after Novavax reported data from its coronavirus vaccine candidate's U.K. phase 3 trial.  But since early February, the biotech stock has dropped 46%. 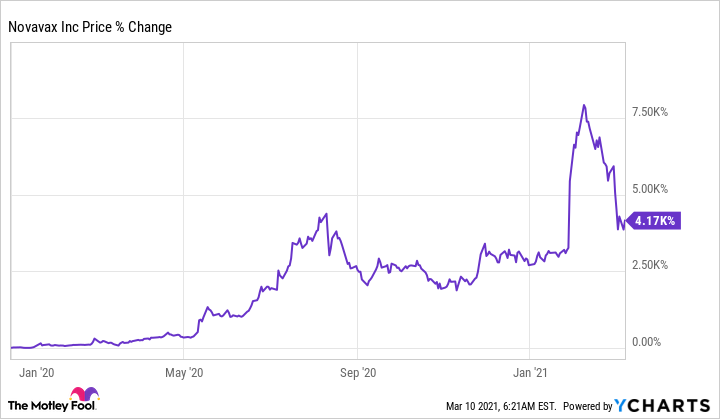 The decline hasn't followed any bad news. In fact, Novavax is closer than ever to its goal of bringing a product to market.

The company's U.K. phase 3 trial results were positive. The data even showed the potential vaccine is 86.3% effective against the U.K. strain. And data from a phase 2b trial showed 55.4% effectiveness against the South African strain. This is key because both of these variants are gaining ground throughout the world. Novavax plans to generate data from a U.S. phase 3 trial soon, and plans to complete its Emergency Use Authorization (EUA) request in the second quarter.

Seagen (SGEN 2.25%) has declined about 28% from the record high it reached in October. But that stock movement doesn't reflect what's happening at Seagen these days. Good news abounds. The European Commission recently approved the company's Tukysa drug for patients with locally advanced or metastatic HER2-positive breast cancer.

All of this should equal more sales for Tukysa and Padcev in the months to come. Seagen expects as much as $1.3 billion in net product sales this year. The company already reported net product sales of $1 billion for the 2020 full year. That's 59% higher than the previous year.

Seagen is investigating its three commercialized products in other oncology indications. And it's studying nine other candidates -- some in multiple indications. That spells revenue potential down the road.

Vertex Pharmaceuticals (VRTX 0.88%) started last year a winner. The stock reached an all-time high in July. Then it plunged 20% in one October trading session after Vertex discontinued development of a candidate to treat alpha-1 antitrypsin deficiency (AATD). AATD is a genetic disorder that leads to lung and liver disease. The company continues to study a second candidate for the indication.

The concern among investors is what will become of Vertex if it eventually loses market share in the cystic fibrosis (CF) market. A Reports and Data report from August 2019 showed Vertex held 46% of the global CF market. And that was before the launch of its new blockbuster CF drug, Trikafta. I'm not worried about potential market share loss for two reasons. First, Vertex predicts its leadership will last until at least the late 2030s. That's a long period of time in which Vertex can dominate a market generating billions in annual revenue. For instance, last year Vertex reported a 55% increase in product revenue to $6.2 billion. And Vertex launched Trikafta in late 2019. That means there is room for revenue to grow through label expansions and new approvals in various countries.

And second, Vertex is working to grow in other markets. The company is studying an AATD candidate, as well as pain and kidney disease candidates in phase 2. And it's reported positive data from phase 1/2 trials in blood disorders beta thalassemia and sickle cell disease.

Vertex finished last year with a whopping $6.7 billion in cash. And the company says it's ready to use this cash to add to its pipeline -- if it comes across the right opportunity.

So, if we buy these three biotech stocks, we get: revenue now or in the near future, new products that will generate more and more sales, and pipelines to offer future growth. And if we buy them this month, we might just get them at a bargain.