Please ensure Javascript is enabled for purposes of website accessibility
Log In Help Join The Motley Fool
Free Article Join Over 1 Million Premium Members And Get More In-Depth Stock Guidance and Research
By John Ballard - Mar 15, 2021 at 9:18AM

EA is putting together a gold mine of top gaming franchises in the sports market.

Electronic Arts (EA 0.17%) recently completed its $1.2 billion deal to acquire games studio Codemasters. EA now has a dynamite portfolio of racing titles, including Formula One, Project CARS, DIRT, and GRID, to go alongside its Need for Speed franchise.

It's unclear how much revenue Codemasters will contribute, but EA has disclosed that the deal will grow net bookings and underlying profitability. EA currently expects to report $6.1 billion in total bookings for the current fiscal year ending in March and expects to show continued growth through fiscal 2022. 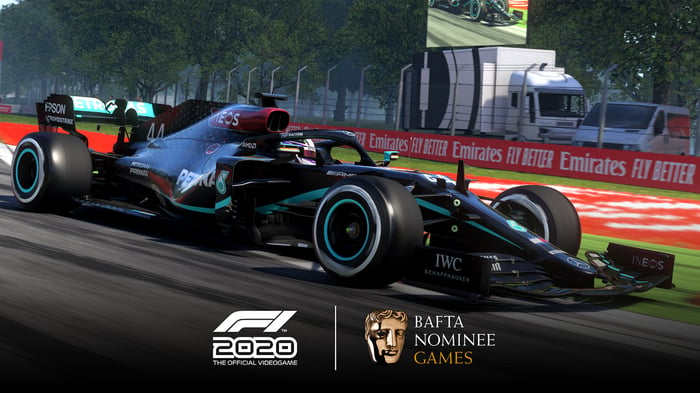 EA's Need for Speed is one of the all-time classic racing games, but Codemasters has some dandies of its own. According to EA's CEO Andrew Wilson, Codemasters' Formula One is "seeing unprecedented growth in worldwide fandom, including in North America and Asia." EA believes it can grow the game's reach even further around the world.

F1 racing is not that well known in the U.S., but F1 owners are looking to expand globally. "It is probably one of the best growth opportunities there is and the reason that we're willing to pay what we were willing to pay for it," EA CFO Blake Jorgensen said during the fiscal third-quarter earnings call.

EA has sophisticated marketing programs that can help build more awareness for Codemasters' franchises and take them to the next level. The company spends an average of $600 million to $700 million on marketing each year -- about half of what it spent to acquire Codemasters. As Jorgensen explained during the recent earnings call, Codemasters has some great franchises but has never had the advantage of a large marketing muscle like EA to grow its games. Now it does.

With a top studio specializing in racing, EA believes it will be able to release more games at a frequent clip to grow revenue across its racing portfolio.

Monetizing games with add-on content is EA's bread and butter. Live services, including in-game spending, made up 72% of total bookings over the last four quarters. Over the last 10 fiscal years, EA has grown FIFA's live services at a compound annual rate of 50% and Madden at nearly 60%. EA could repeat that record with Codemasters' franchises.

While a game like Formula One will probably never sell as many copies as FIFA -- EA's top-selling title -- racing games tend to be purchased as gifts during the holidays or other occasions, which makes it a good business.

The company sees the EA Sports player base and viewership reaching 500 million in the next five years. The acquisitions of Codemasters and Glu Mobile fit EA's strategy to introduce new experiences to players to grow the business.

Moreover, Codemasters' racing titles could make great additions to EA's mobile business, which has struggled to grow over the last few years. There are plenty of opportunities where Codemasters can build on EA's growth strategy, but it may take time to fully play out.

Looking at the broader opportunity, sports video games have grown slightly faster than the video game industry overall since 2016. With Codemasters, EA now dominates the sports spectrum from casual to hardcore experiences, which could drive significant returns to investors.