Please ensure Javascript is enabled for purposes of website accessibility
Log In Help Join The Motley Fool
Free Article Join Over 1 Million Premium Members And Get More In-Depth Stock Guidance and Research
By John Ballard - Mar 17, 2021 at 8:52AM

Consumers continue flocking to digital entertainment and e-commerce, providing investors some options to juice their returns. Walt Disney (DIS 0.52%) and Amazon (AMZN 0.73%) are two leaders in these markets that I don't think investors can go wrong with.

Disney is experiencing tremendous growth in its direct-to-consumer business, while Amazon continues to attract new customers with its Prime membership benefits. Here's why I'd buy both stocks right now.

Disney stock has rocketed 95% over the last year, but I believe this is just the start of a great stretch for the House of Mouse. Investors are excited about the growth prospects of Disney's direct-to-consumer business, including streaming service Disney+, but the company is only operating at half strength right now, which could leave more upside for investors. 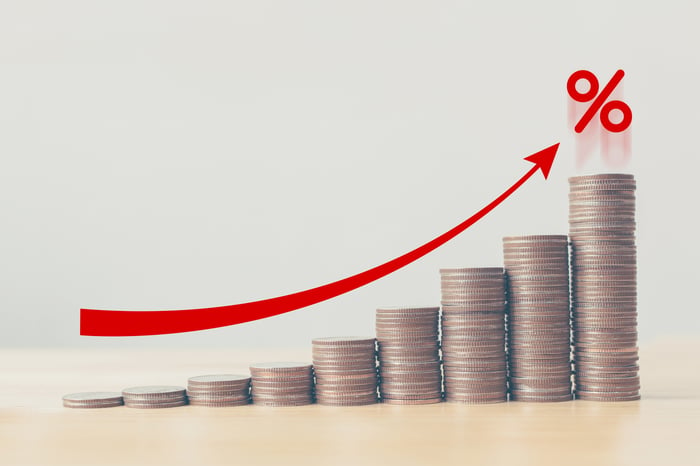 The pandemic was disastrous for Disney's theme parks, which contributed to a 22% year-over-year decline in total revenue in the most recent quarter. This weak performance won't last. Disney is already making several operational improvements to the parks to delight visitors when the pandemic has passed. Management sees demand rebounding strongly when that happens.

In the meantime, Disney has an exciting future with its streaming services. Total subscribers across Disney+, Hulu, and ESPN+ were over 140 million in January and growing at a brisk pace. In December, management outlined an impressive road map of original content set to release over the next few years from its Pixar, Marvel, and Star Wars studios, which I think will accelerate sign-ups for Disney+. Management is targeting between 300 million to 350 million subscribers across all its services by fiscal 2024.

This is a new era for the Magic Kingdom. It's never had a direct connection with hundreds of millions of consumers worldwide being fed a constant stream of content throughout the year. This will undoubtedly create even more interest in Disney's theme parks, especially as it continues to build immersive new experiences like its Star Wars: Galaxy's Edge attraction.

Disney stock is still a buy. 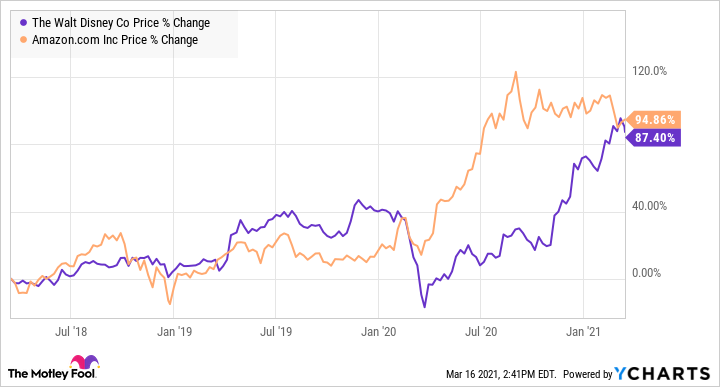 2. Amazon: Prime members are more engaged than ever

Amazon is a great all-around growth stock. The business delivers exceptional revenue growth like clockwork. Plus, it is starting to produce a staggering amount of free cash flow for a retailer, reaching $31 billion in 2020, largely thanks to the high profitability of its cloud services business. These stellar results have pushed the stock price to new highs over time.

Total sales exploded during the pandemic, up 38% in 2020, but Amazon won't always sell toilet paper like a hot collector's item. However, two things point to continued growth over the long term:

The stock price looks expensive at first glance, trading around $3,100 a share. However, the stock could still have upside based on two valuation metrics. Amazon trades at 24 times its cash from operations per share, while trading at a price-to-sales ratio of just over 4. These are not high valuations for a dominant online retailer that is still capable of growing sales around 20% annually.

Despite the recent news that founder Jeff Bezos will transition away from CEO and toward the role of executive chair in the third quarter, Amazon isn't going anywhere. It set the standard that anything you buy online should come with free shipping, and it continues to innovate with walk-out shopping at Amazon Go stores. This is a forward-thinking company, which should serve investors well over the long term.