Please ensure Javascript is enabled for purposes of website accessibility
Log In Help Join The Motley Fool
Free Article Join Over 1 Million Premium Members And Get More In-Depth Stock Guidance and Research
By Leo Sun - Mar 19, 2021 at 9:14AM

Alibaba (BABA -1.03%) could be forced to divest its media assets as part of the Chinese government's sweeping antitrust actions against the company, according to The Wall Street Journal.

Alibaba reportedly won't be forced to divest its direct subsidiaries, which include its streaming video platform Youku Tudou, its film production unit Alibaba Pictures, its video game publisher Lingxi Games, and its software division UCWeb. But the antitrust regulators could force Alibaba to divest its passive stakes in several news outlets and the social media platform Weibo (WB 0.98%).

The Chinese government's crackdown on Alibaba's media assets isn't surprising, since it's likely concerned about the tech giant's growing influence. However, a forced divestment of Weibo, which Alibaba owns a 30% stake in, could cause unforeseen challenges for Weibo and its top stakeholder SINA (SINA), which is currently on the cusp of going private in a controversial deal. 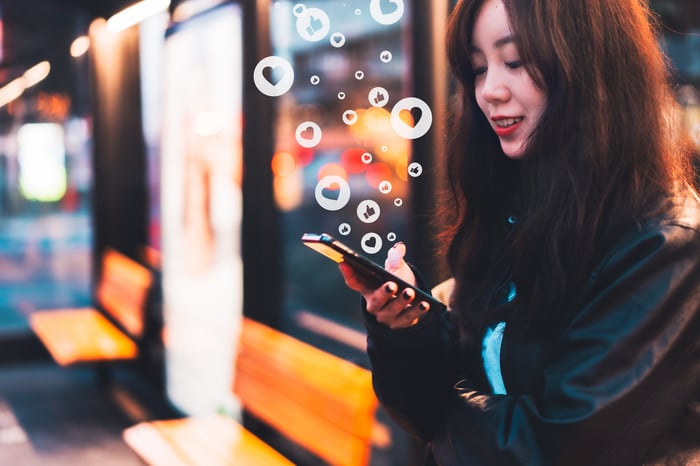 Alibaba's relationship with SINA and Weibo

SINA, one of China's oldest internet companies, spun off Weibo in an IPO in 2014 but retained a majority voting stake in the social media company. Alibaba accumulated most of its stake in Weibo prior to its public debut.

Since its IPO, Weibo has grown at a much faster rate than SINA, which still generates most of its revenue from its older portal sites. SINA owns a 45% equity stake in Weibo, which currently has an enterprise value of $10.7 billion, and still holds most of the voting power.

Last year, SINA abruptly agreed to be taken private by New Wave Holdings, a company controlled by SINA's CEO Charles Chao, for just $2.6 billion. The offer, which pinned SINA's value at just $43.30 per share, seemed to significantly undervalue its stake in Weibo.

But in December, SINA noted that unnamed shareholders holding 35.9% of its shares had objected to the merger. At the time, SINA stated it would deliver authorization notices to those objecting shareholders by Jan. 12, and they would have 20 days to officially dissent and demand payments for the "fair value" of their shares.

SINA subsequently went quiet after that notice, and it hasn't posted a quarterly report since last September. That odd sequence of events suggests that some big investors are trying to block the deal.

But how would Alibaba's divestment affect this deal?

SINA once owned a small stake in Alibaba, but it divested all its holdings in 2017. Alibaba doesn't directly own any shares of SINA, so it isn't one of the dissenting shareholders. However, several of SINA's top institutional shareholders -- including BlackRock (BLK 1.24%) and Vanguard -- also hold significant stakes in Alibaba.

Those big stakeholders with overlapping interests in the two companies likely voted against New Wave's offer. Some of those investors might have wanted Alibaba to buy out all of Weibo or SINA -- which has been a persistent rumor over the past few years -- to widen its moat against Tencent's (TCEHY -1.38%) WeChat. Other investors might believe New Wave's offer undervalues its stake in Weibo.

If China's antitrust regulators force Alibaba to sell its position in Weibo, the institutional resistance to New Wave's offer might weaken. However, Weibo's stock has already risen 50% since New Wave's preliminary bid last July, which makes it even tougher to justify its $2.6 billion all-cash offer.

Alibaba could step away, but the drama isn't over yet

I sold all my shares of SINA at a loss back in January because I couldn't see any positive outcomes for the deal. If New Wave forces the deal through, SINA's stock still doesn't have much upside potential because it already trades at about $43 per share. But if the deal collapses, the stock could plummet -- especially if Alibaba dumps its massive stake in Weibo on the open market.

Alibaba's forced divestment of Weibo might cause some of SINA's top shareholders to abandon their dreams of a mega-merger between the three tech companies. The e-commerce integrations between Alibaba's Taobao and Weibo, which were launched back in 2013, could also fizzle out.

Therefore, Alibaba's rumored exit might clear the way for New Wave's takeover of SINA, but I wouldn't bet on this messy drama to end anytime soon.