Please ensure Javascript is enabled for purposes of website accessibility
Log In Help Join The Motley Fool
Free Article Join Over 1 Million Premium Members And Get More In-Depth Stock Guidance and Research
By Neha Chamaria - Mar 20, 2021 at 8:06AM

These companies could make a killing if President Biden's multitrillion-dollar infrastructure bill makes it through Congress.

Now that President Joe Biden has signed the $1.9 trillion coronavirus relief bill into law, all eyes in Washington and on Wall Street are refocusing on his next big economic priority: a $2 trillion spending plan to rebuild America's crumbling infrastructure. Work on the package has already begun as Congress and the administration hammer out the details of what was a key plank in his campaign platform.

For investors who expect that bill to pass, the time is ripe to invest in infrastructure stocks -- think companies that help build  roads and bridges, water and power systems, and even broadband systems and data centers. There are hundreds of stocks to choose from in this sector, but I expect these three could be standout performers as Washington starts routing funds into a vast array of vital projects.

One category of raw material used in pretty much all forms of construction is aggregates -- crushed stone, sand, and gravel. Vulcan Materials (VMC -0.14%) is the nation's largest producer of aggregates, and also produces asphalt and ready-mixed concrete. 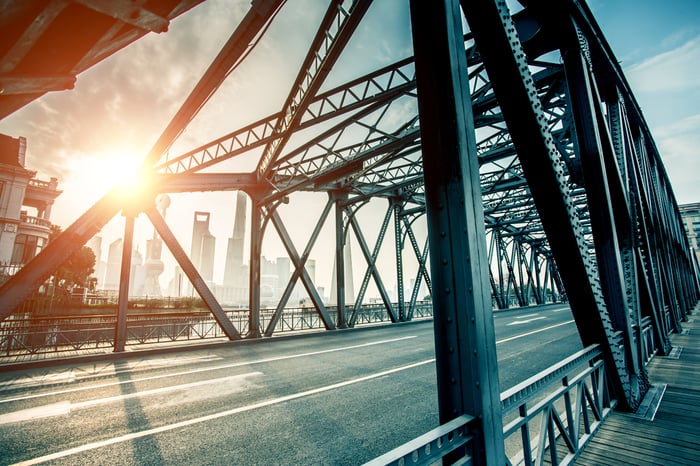 With business activity and prices picking up, Vulcan anticipates that it will earn $1.34 billion to $1.44 billion in adjusted EBITDA in 2021. At the midpoint, that would be roughly 5% growth from 2019. Management also projects double-digit-percentage growth in earnings from continuing operations in 2021.

Vulcan's financial fortitude should come in handy as demand rises, not only to help the company invest in growth but also to allow it to pay out larger dividends to shareholders. The company has consistently increased its payouts in recent years, including a 9% hike announced earlier this year. 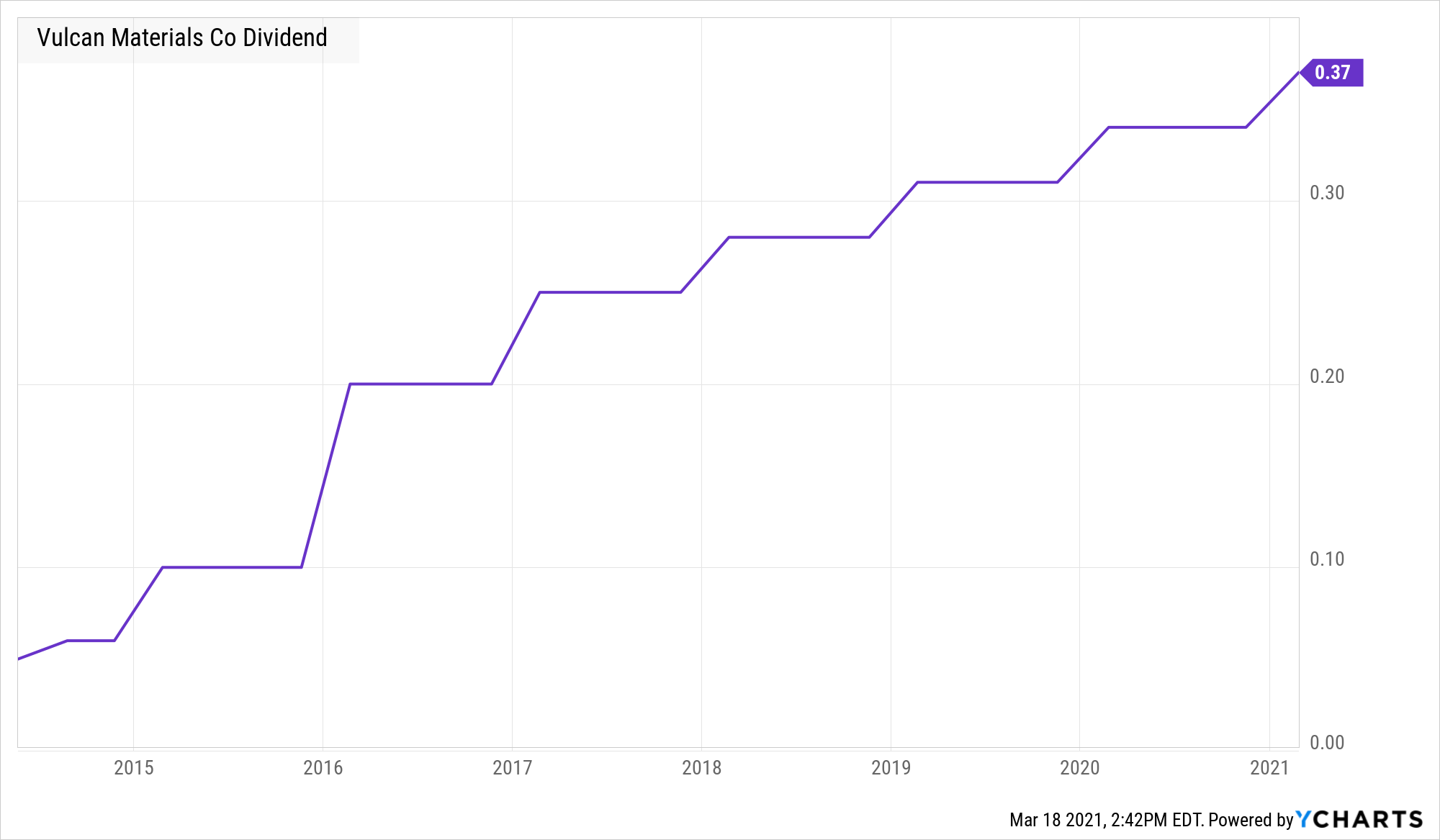 Given how vocal Biden has been about funding road and highway projects, Vulcan could be a big beneficiary. It has significant exposure to the public sector, particularly in terms of highway construction. That makes it a promising stock to play the coming infrastructure boom.

Forget Caterpillar: Check out this stock instead

The COVID-19 pandemic left many heavy-equipment users in economic limbo, which led to a lot of them postponing or even calling off planned purchases of machinery. As a result, Caterpillar's (CAT -0.57%) sales sank last year. While an infrastructure bill should bring the equipment market out of hibernation, many companies might still want to be financially cautious, and rent or lease the equipment they need rather than buying it. That could present explosive growth opportunities for United Rentals (URI -0.29%), the world's largest heavy-equipment rental company.

In fact, that growth may have already started. The used-equipment market is often considered a leading indicator for the rental market. United Rentals, which routinely sells used rental equipment, saw sales in that segment jump  by 13% year over year in the fourth quarter. In fact, the market is so strong right now that United Rentals expects to spend nearly $1.9 billion this year on replacing the used equipment it sells with new gear. So overall, the company could spend as much as $2 billion to $2.3 billion on equipment purchases this year compared with only $961 million last year. That's a surefire indicator of growth in end markets.

Meanwhile, its specialty rentals segment, which offers trench, power, fluid rental, and HVAC solutions, is growing by leaps and bounds. The business produced a quarter of United Rentals' total revenue last year versus only 7% in 2012.

The best part is that United Rentals has the financial clout to expand, which is crucial for any company in a capital-intensive industry. All in all, it looks extremely well-placed to benefit from a major boost to infrastructure spending.

Whether you're building roads, dams, pipelines, or rail lines, you're going to require steel. And the company that knows its game best in the steel industry is Nucor (NUE 1.28%). I don't say this just because Nucor is the largest steel producer in the U.S. It also uses a highly efficient production model, has a strong balance sheet, and is already firing on all cylinders.

Nucor's cost-effective mini-mills utilize electric arc furnaces instead of blast furnaces, and have a greater capacity to adjust production in response to rising and falling demand. In addition, Nucor's key raw material, induced iron, comes from scrap the company itself recycles. This vertical integration has hugely driven its growth in the past and positions it well to benefit from an infrastructure boom.

In fact, Nucor is already seeing strong demand across key end markets like nonresidential construction, heavy equipment, automotive, and renewable energy. So much so that Nucor expects that its first quarter will feature its highest-ever quarterly profit, beating its 2008 record.

If the company can deliver record profits now, one can only imagine the heights it could reach once infrastructure spending really gets rolling. Nucor also increased its dividend for the 48th consecutive year in December -- that payout now yields 2.3%. Overall, this is a must-own Dividend Aristocrat for any investor who's looking to bet on an economic recovery and a big boost to U.S. infrastructure spending.