The newly public fintech company has seen investor interest explode in the past week.

The stock of lending platform Upstart Holdings (UPST 6.70%) has been on a wild ride since the company gave its first quarterly report as a public company on March 17. Shares almost doubled the day after that report and have continued to move higher. But shares are taking a breather today, having moved down 16% as of 10:55 a.m. EDT.

Two items from the company's quarterly report caught the attention of investors. Upstart reported strong quarterly results, with its fourth-quarter 2020 revenue growing 39% over the prior-year period. But it was guidance for 2021, and an acquisition announcement, that sent shares soaring 90% in a day. 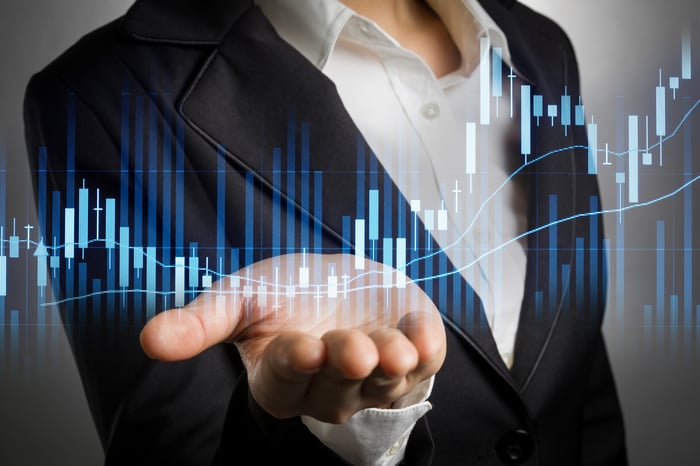 Upstart predicts full-year 2021 revenue of about $500 million, or 115% growth compared to 2020. And the acquisition of Prodigy Software will add an auto lending platform to its products. The company's shares are up 125% since the earnings report last week, and the stock's 30-day average trading volume has almost doubled. So it's not hard to see why some investors are taking a break today.

Upstart isn't a lender. It provides an artificial intelligence-based platform to help lenders make better loan decisions. The company is a differentiated financial technology (fintech) company. "Traditional credit scores leave people behind. We use artificial intelligence to expand access to reasonably priced credit," the company says of its offerings.

Some traders who more than doubled investments in under a week appear to be taking some profits today. For long-term investors, there is nothing new from the company beyond what it reported last week.