Business is booming -- but the stock price already reflects that.

Shares of Chinese music streaming service Tencent Music Entertainment Group (TME 1.95%) got caught in a landslide this morning, tumbling as much as 21% in early trading, and still down about 19% as of 12:45 p.m. EDT.

And yet, the only news apparent on the wires today is an announcement from HSBC bank that it's raising its price target on Tencent Music stock to $35 -- nearly $10 above where it currently trades. 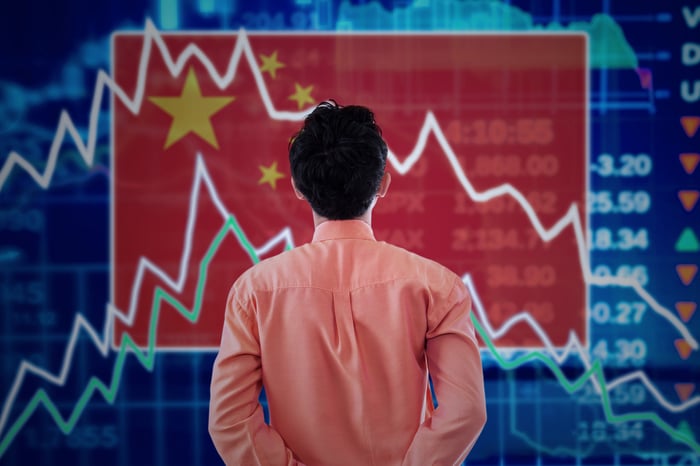 After all, Tencent Music is now China's top streaming music company, as my colleague Leo Sun pointed out last week. It reported decent numbers in its most recent financial report, meeting analyst expectations for both sales ($1.28 billion) and earnings ($0.12 per share).

So why is the stock tumbling?

We may find a clue in a report from China Renaissance bank, which yesterday was the sole analyst to downgrade Tencent stock after earnings. As TheFly.com reports, China Renaissance was happy to see "no sign of diminishing returns" as Tencent charges more for music, and the company has "revenue momentum" -- sales were up 14% year over year in the fourth quarter, and online music streaming revenue was up 29%.

Nevertheless, the bank believes that the stock's "rich valuation" already factors in this growth. Valuing Tencent at just $29 a share, it sees much less value in the stock than does HSBC.

I kind of agree with China Renaissance on this one. With $636 million in trailing earnings, Tencent Music now trades for a steep 68-times-earnings valuation. Granted, free cash flow is probably better than that, Tencent being a high-margin, asset-lite business that generated $748 million in operating cash flow last year, and generally spending less than $20 million a year in capital expenditures.

Even if you assume that Tencent's free cash flow number is, say, 15% higher than its reported earnings, though, that still brings the stock's price-to-free cash flow valuation down to only about 58. For a 14% grower -- or even a 29% grower if you focus on the streaming business -- that's simply too much to pay.