It's always jarring when a sector of the market takes a huge hit.

The stock market closed the week on a positive note, as major market benchmarks posted a late-day surge that sent the S&P 500 (^GSPC -4.04%) to a record high. The Nasdaq Composite (^IXIC 0.00%) had been negative with less than an hour left to go in the session, but it joined the Dow Jones Industrial Average (^DJI -3.57%) with gains of between 1% and 2%.

Unfortunately, not every part of the market joined in the rally. In particular, some of the biggest stocks in the streaming TV and video realm took massive losses. Below, we'll look at what sent those shares sharply lower and what next week might bring to the industry. 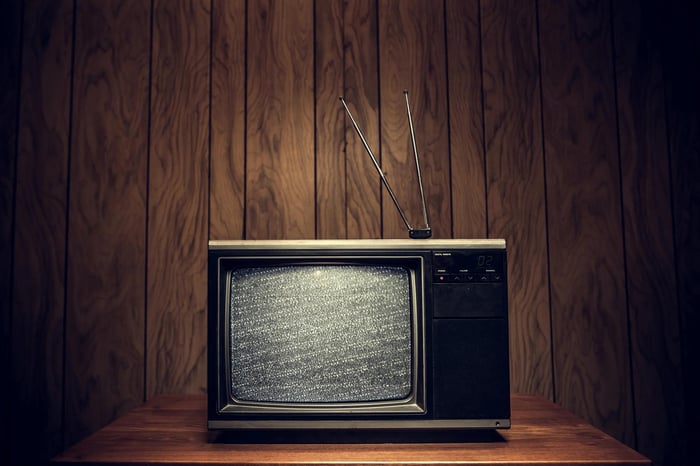 Some of the biggest decliners in the entire stock market came out of the streaming TV space. ViacomCBS (PARA -2.38%) was a huge loser, falling 27%. Discovery (DISC.A) followed suit with its own 27% drop.

Wall Street analysts were nominally to blame for the big drop in ViacomCBS and Discovery. Analysts at Wells Fargo reduced their rating on ViacomCBS from equal weight to underweight, and they slashed their price target on the stock by $23 per share to $59. Wells Fargo believes that ViacomCBS' decision to do a secondary offering of stock essentially broke the company's upward momentum among investors. That prompted a change in sentiment that is now pushing valuations toward more typical levels.

Wells Fargo was also responsible for getting more bearish about Discovery, downgrading the stock from overweight to equal weight. It also picked the same $59 price target for the shares, which was a smaller decline from its previous target of $65 per share. Even though Wells Fargo is positive on the prospects for the Discovery+ streaming service, valuations had gotten out of line in analysts' opinion.

The problem with the huge moves higher that some stocks have seen lately is that it makes people draw the wrong conclusions. Today's move lower took ViacomCBS to less than half its highs from less than a month ago. Discovery has fallen by nearly half.

But when you look back over a longer period, the performance of these stocks is still impressive. ViacomCBS is up almost 75% just since the beginning of October 2020. Discovery has roughly doubled.

The big question every investor has to answer is whether today's drop was really a result of anything fundamentally changing about the prospects for streaming television. Sure, there's massive competition in the space, and while there's room for a number of winners, there's no guarantee that every single player will command a profitable following. Moreover, as the space evolves, new disruptive companies could step in to challenge more mature giants like ViacomCBS and Discovery.

The danger of focusing too much on one-day moves is that you can lose the big picture. A stock that quadruples and then loses half its value is in exactly the same place as a stock that simply doubles, but the temptation is to ascribe too much meaning to each zig and zag and not enough on the fundamentally successful story the uptrend tells. Don't make that mistake.