Shares of the media company continued to give back gains following a monster run-up.

There was no particular news out on Discovery, but trading was so volatile that it was temporarily halted this morning. However, Discovery said that the volatility was not the result of insider transactions or trading.

As of 1:40 p.m. EDT, Discovery Series A shares were down 27%, while Series C shares had fallen 30.9%. Meanwhile, ViacomCBS stock was down by a similar percentage. 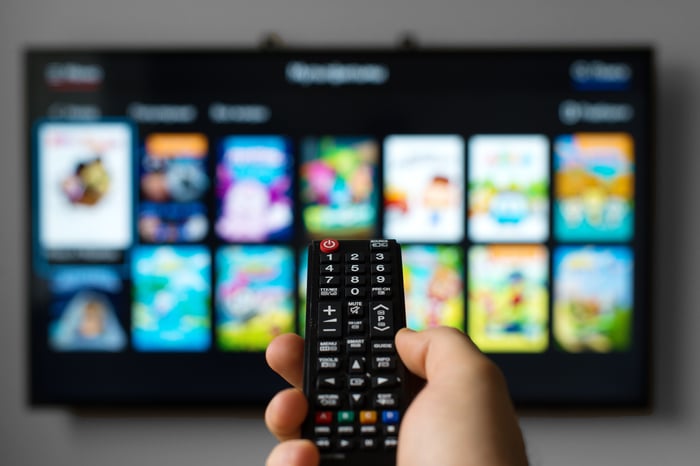 Trading volume on Discovery stock was extraordinarily high today, approaching 50 million shares before 2 p.m. EDT. This indicates that an institutional investor may have decided to sell some of its stake in the media company.

ViacomCBS shares fell, in part because of a downgrade from Wells Fargo, which lowered its rating on the Paramount+ owner to underweight. Wells Fargo said that after a recent equity raise, momentum in the stock seemed to be fading and its valuation would move back to a more normalized level.

As the chart below shows, Discovery has moved almost perfectly in tandem with ViacomCBS as excitement about the companies' new streaming services fueled a bullish narrative. However, those gains are quickly disappearing as investors seem to realize that streaming services alone don't justify a tripling of the share price in just a few months. 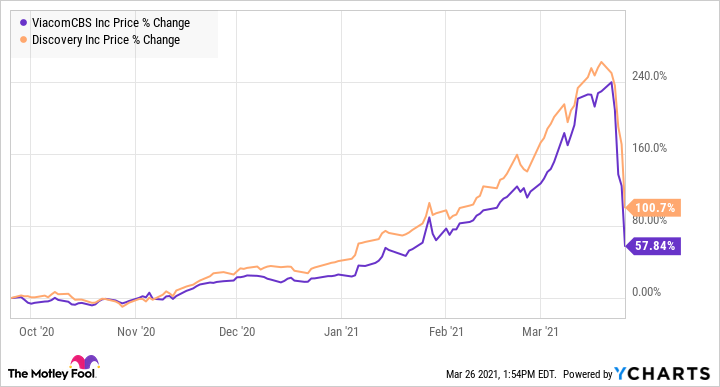 The last year has seen the floodgates open in streaming, with services like Disney+, Apple TV+, Peacock, HBOMax, Discovery+, and Paramount+ either launching or ramping up significantly. In its Feb. 22 earnings report, Discovery said it had signed up 11 million subscribers to Discovery+, which launched on Jan. 4, and expected to end the month with 12 million.

However, the economics of streaming require significant scale to turn a profit, as Disney's streaming division is still not profitable, even with more than 100 million subscribers. Legacy media companies are essentially disrupting themselves here, hastening cord-cutting to build a streaming service.

While Discovery should be rewarded for the strong early results from Discovery+, the correction is justified because the value of the company hasn't tripled in just a few months.

Why Discovery Stock Jumped 37% in January