These metrics provide a window into the media giant's potential future with its merger partner WarnerMedia.

Major television and media company Discovery (DISC.A) (DISCK) saw its stock value slip after reporting its second-quarter 2021 results on Aug. 3. This was despite narrowly beating consensus Wall Street expectations on revenue and delivering a 102% positive surprise with its earnings per share (EPS). Investors apparently turned bearish because Discovery's subscriber numbers proved to be simply in line with predictions rather than actually beating them, with the figure missing Wells Fargo forecasts by 200,000 subscribers and Deutsche Bank dropping its price target sharply after the report.

Discovery is moving forward toward a mid-2022 merger with WarnerMedia, a subsidiary soon to be spun off from AT&T (NYSE: T) as the latter refocuses again on communications and away from media and movie content. There are at least two factors in Discovery's Q2 report suggesting the stock market may be oversensitive to its basic streaming numbers and that things are looking promising for the new (as yet unnamed) entity it will form with WarnerMedia.

1. The growth of Discovery+

Overall, Discovery saw solid growth at both the top and bottom lines year over year for Q2 2021. Revenue jumped 20.5% to 3.062 billion, while diluted EPS rose from $0.40 to $1.01, or 152.5%. Though these metrics are certainly positive, they are concealing an even more impressive growth figure, that of Discovery's streaming service Discovery+. The service debuted in India in March 2020 and launched in a handful of European countries in October 2020, followed by the U.S. and additional European countries in January 2021, with continued spread to additional countries in the following months. 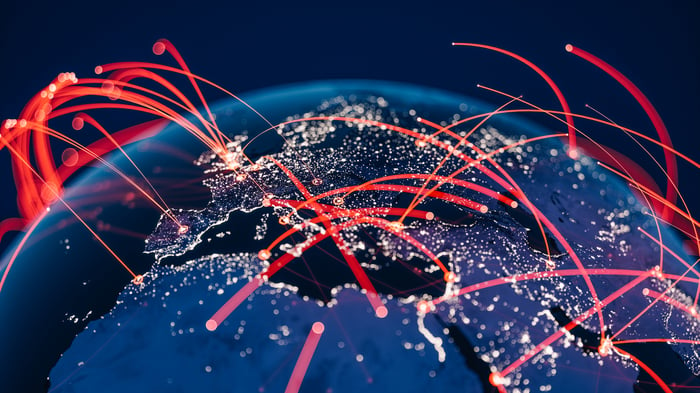 Though not mentioned in the earnings release itself, during the Q2 2021 earnings conference call that followed, CEO David Zaslav highlighted Discovery+'s central role in driving 180% year-over-year growth in what Discovery calls its "next-generation" sector (i.e., direct-to-consumer streaming). While it has streaming services other than Discovery+, including GolfTV, MotorTrend on Demand, and Food Network Kitchen, Zaslav made it clear Discovery+ is the cornerstone of rapid growth in its streaming service. Broadcasting the Olympics helped popularize Discovery+, according to the CEO's remarks.

CFO Gunnar Wiedenfels added that "Discovery+ is providing a nice tailwind to our performance," another important growth factor for Discovery (and its eventual successor after it merges with WarnerMedia). Wiedenfels said advertising performance is "very favorable" and is showing "acceleration and sequential improvements." International advertising revenue skyrocketed 88% year over year for Q2 2021, and 12% in the U.S. Once again, Olympic viewership helped boost advertising as well as subscriber numbers, but with the Beijing Olympics coming in early 2022, this should help drive similar growth up until the mid-2022 merger.

Discovery is therefore already establishing a strong presence in streaming, and driving extremely fast streaming sector growth with Discovery+. Building a strong foundation of streaming now, popularizing its direct-to-consumer service, and creating a loyal base of customers for this service is probably going to pay off even more once the merger with WarnerMedia is complete.

The slide deck accompanying the merger announcement earlier this year reveals the combined entity will have 200,000 hours of available content, plus the facilities of Warner Bros. studios to produce more. In the year following the merger, 2023, the new entity will be aiming for $52 billion in revenue, helping it quickly deleverage from the large amount of debt it will inherit both from Discovery and AT&T. Direct-to-consumer streaming is expected to contribute $15 billion in revenue or more, or nearly one-third of the total, meaning Discovery+'s current streaming growth success is a good harbinger for the new entity to meet its future revenue and deleveraging goals.

While Discovery's total streaming numbers didn't outpace expectations, the market may be overlooking the powerful rate of growth being driven by the introduction of Discovery+ just a few months ago in many significant locations.

Discovery's free cash flow declined year over year, falling 14% during Q2 from $879 million in 2020 to $757 million in 2021. For the first six months of the year ending June 30, free cash flow dropped slightly more, falling 16% from $1.11 billion to $936 million. However, two factors arguably turn Discovery's cash situation into a likely positive once it has merged with WarnerMedia.

First, the decline in cash flow is related to investment in initiatives likely to produce future growth. Discovery's earnings release notes the decrease is "primarily attributable to higher content spend reflecting our direct-to-consumer investments, as well as the return to normal content production levels." These investments should strengthen Discovery's ability to compete against established streaming companies such as Disney and Netflix, with new content to complement the huge library WarnerMedia is bringing to the merger. 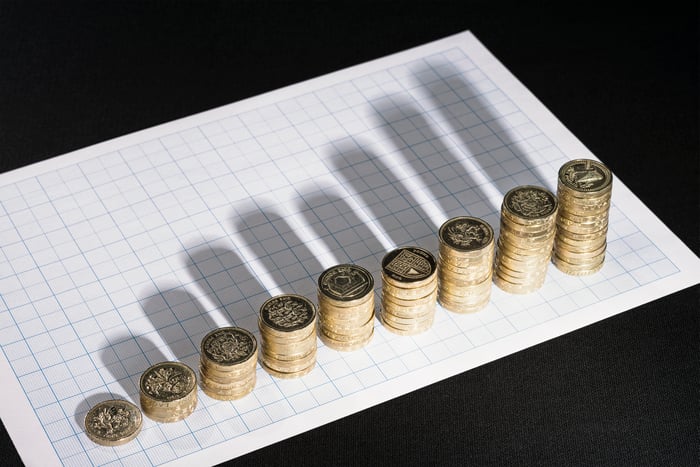 Second, regardless of the dip in free cash flow caused by the content investment, the company is building up its reserve of cash and cash equivalents. This is part of a deliberate strategy, with Wiedenfels noting during the Q2 earnings call that Discovery "did not repurchase any shares during the quarter," as part of an ongoing plan "to invest in our next-generation initiatives and conserve cash ahead of the closing of the deal." As a result, available cash has grown since Dec. 31, 2020, from $2.09 billion to $2.83 billion as of June 30.

In short, Discovery is taking effective action to bring both cash and content to the new post-merger entity, both of which will be crucial to the new company's success.

I previously made the case that investing in AT&T rather than Discovery ahead of next year's merger with WarnerMedia might be the best move. Earning dividends in the meantime, plus owning a dividend stock even if the merger falls through because of regulatory issues, being two of the arguments in favor of that investment choice.

The two points here don't change that assessment, though they help make a bullish case for the new entity that will be formed from the merger of Discovery and WarnerMedia. The impact of Discovery+ on swift streaming growth and an expanding cash reserve both point to Discovery bringing several major positives to the new company due to arrive in mid-2022. AT&T may still be the best way to approach investing in the new entity, but Discovery's Q2 results show there is some positive potential there, that market pessimism may be overblown, and that this company -- and its future gestalt with WarnerMedia -- are streaming service stocks or communication stocks worth looking into.