Please ensure Javascript is enabled for purposes of website accessibility
Log In Help Join The Motley Fool
Free Article Join Over 1 Million Premium Members And Get More In-Depth Stock Guidance and Research
By Jennifer Saibil - Updated Mar 26, 2021 at 10:45AM

The market is shifting, but there's always a need for entertainment. These companies provide it, and their stocks are gaining.

If there was ever a time for at-home entertainment, 2020 was the year. With most of the world shut down because of the novel coronavirus pandemic, streaming video and other remote forms of entertainment surged in popularity. At the same time, businesses that offer fun away from home suffered. In 2021, with the first anniversary of pandemic shutdowns behind us, the trend of in-home entertainment isn't going away. At the same time, companies that depend on in-person customers are waiting anxiously for pent-up demand to fuel new growth.

Roku (ROKU 4.72%) is a growing company that's helping to supplant traditional broadcast TV, and Walt Disney (DIS 3.29%), as the largest and best-diversified company in the industry, benefits from providing both stay-at-home and travel entertainment. They have the greatest opportunity coming into 2021, making them the top entertainment companies this year. 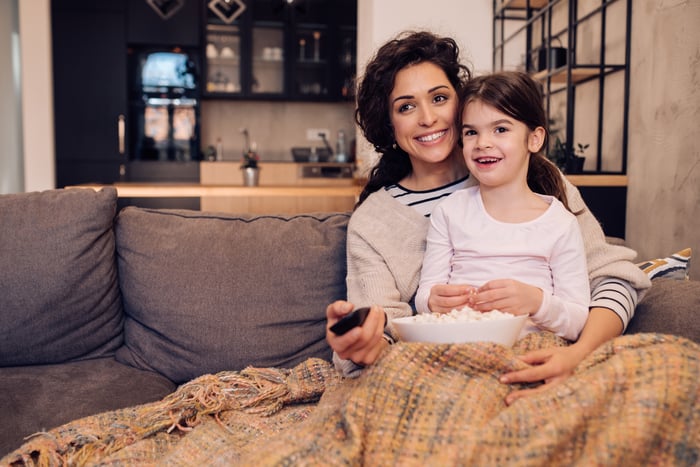 Roku provides the top video streaming platform in the country, ready to use in 38% of all U.S. smart TVs. The surest way to profit from the proliferation of streaming services is to offer access to all of them, and that's one of Roku's key advantages. The company also sells accessories and a range of other products, but it makes most of its money from advertising, licensing, and related services. Platform revenue increased 71% in 2020, accounting for 71% of total sales and 95% of gross profits. This is an important portion of the overall growth strategy as viewers switch from traditional television channels to streaming networks, and advertisers move their money to follow them.

Total fourth-quarter revenue increased 58% and gross profit increased 63%, leading to $65 million in earnings. Roku is still forecasting a loss in the 2021 first quarter, and between 16% and 20% growth in sales. But it's making moves to expand.

Recently it announced that had acquired the right to long-running television series This Old House, launching a new strategy to acquire its own content. It acquired mobile streaming platform Quibi in January, and CEO Anthony Wood said that the company may acquire more content as Roku channel viewership soars and advertising grows.

Between both sides of its business model, Roku is benefiting from the shift to streaming as well as the trend toward entertainment at home. Will that change when traditional entertainment venues such as movie theaters open back up? I don't think so. TV has always been a staple of home entertainment, and that's moving over to streaming. Roku is well positioned to keep growing.

Roku stock has gained 250% over the past year at Friday morning's prices, but it's down about 5% year to date. 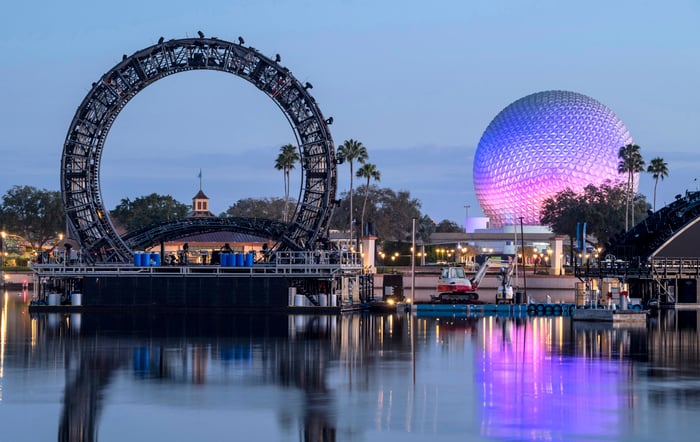 Disney is the largest entertainment company in the world, with nearly $70 billion in annual revenue. That took a hit during the pandemic as parks and experiences, typically its best category, were closed. But Disney+, the company's premium streaming channel, was positioned to succeed as the pandemic sent people into their homes.

Since its launch in November 2019, Disney+ has been a huge success, surpassing the company's expectations by gaining more than 100 million paid subscribers as of this month. Between all the company's streaming services, which also include Hulu and ESPN+, it has more than 150 million paid subscribers, coming very close to Netflix's 211 million. It expects subscriptions to reach up to 350 million by 2024, at which time it also expects streaming to become profitable.

The company restructured in October to better distribute content to its various channels -- television, streaming, and theater -- prioritizing direct-to-consumer (DTC), and it has more than 100 projects in the works for release.

These segments made up some of the slack from parks that were either closed or open with limited capacity. Revenue was down 22% in the first quarter, an improvement from the previous two quarters. DTC network sales increased 73%, and net income was back in the positive after two quarters of losses.

Disney is preparing for an eventual reopening of all parks and experiences with new rides and improved features, and it is poised to benefit as the economy reopens. Investors are confident in the future; the stock has gained 77% over the past year as of Friday morning. It's also up 3% so far in 2021, but it's far from done for long-term investors.