Plug makes a curious decision on how to promote its products.

Plug Power (PLUG 11.72%) probably was hoping for a better reaction than this one.

In late afternoon trading, circa 3:10 p.m. EDT, shares of the fuel cell company are down 3.6% after Plug announced it will partner with Renault's renamed "Alpine F1 Racing Team" to put Plug's logo on the team's A521 cars and team race wear at Formula One events. 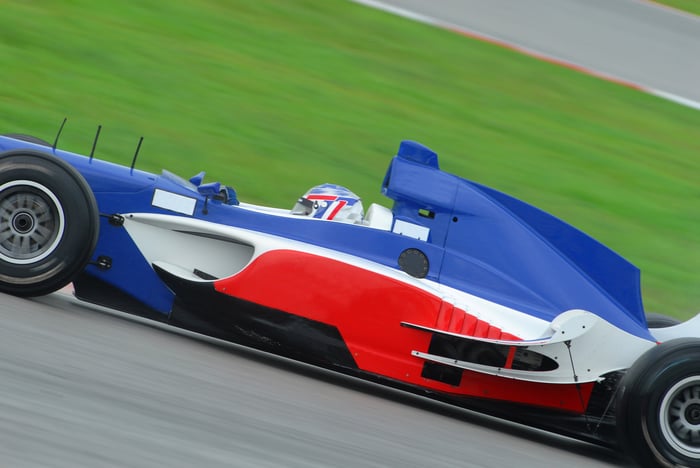 In making the announcement, Plug CEO Andy Marsh expressed a belief that there are "opportunities for hydrogen fuel cell-powered hybrid electric vehicles ... in motorsport, on-road vehicles, and beyond." While that may be the case, still, the 50-50 joint venture that Plug inked with Renault back in January stated that its goal was to target the market for commercial vans in Europe.

I'm not sure putting Plug's logo on a bunch of superfast race cars is the best way to promote the use of hydrogen fuel cells in workaday commercial vans.

Whether or not there's a closer connection here than I see, investors don't seem to be impressed with the move. That being said, I'm not sure the disconnect between vans and race cars is a good reason, in and of itself, to sell Plug stock today.

After all, I suspect Plug's not spending a whole lot of money on this sponsorship. Worst case: Anything it is spending can probably be chalked up as part of its investment alongside Renault in the joint venture. In short, today's news is more of a non-event than a bad event for Plug stock.