Please ensure Javascript is enabled for purposes of website accessibility
Log In Help Join The Motley Fool
Free Article Join Over 1 Million Premium Members And Get More In-Depth Stock Guidance and Research
By Howard Smith - Mar 29, 2021 at 8:10AM

Stocks like this one help build long-term wealth when you add to your holdings on the dips.

There are many different investment strategies investors use to beat the markets. Some try to time things and trade in and out. That's typically a bad approach, as you have to be right twice -- when to sell, and when to buy back in. Another approach is to go all in, hoping for a home run. But a more sensible approach is to continue to add over time.

Some people buy in thirds, which can be a good way to get invested, but still have dry powder left if the stock dips. There are some companies that have such good long-term prospects that the best way to build wealth is to keep adding when there are opportunities. One stock that is giving investors another one of those opportunities right now is Walt Disney (DIS -1.93%). 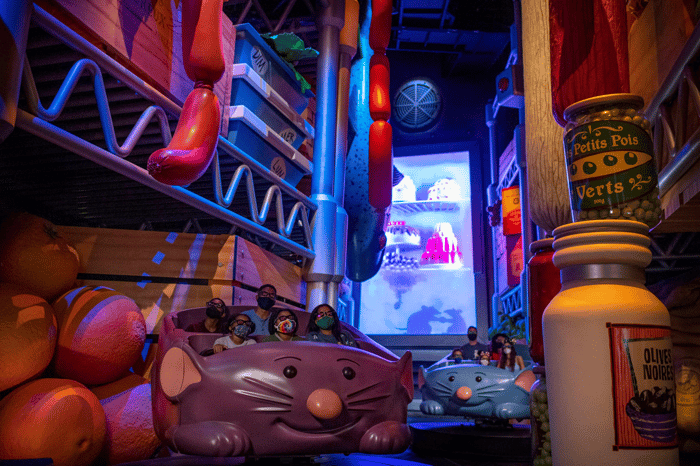 No line for this ride

Disney's theme parks are famous for fun and interesting rides, along with crowds and lines. While those crowds aren't back yet, the stock itself has given investors a nice ride of its own over the last decade. And waiting to get on board is up to investors themselves. The trend in the stock has been up, and taking advantage of buying any dips has looked to be a good decision. 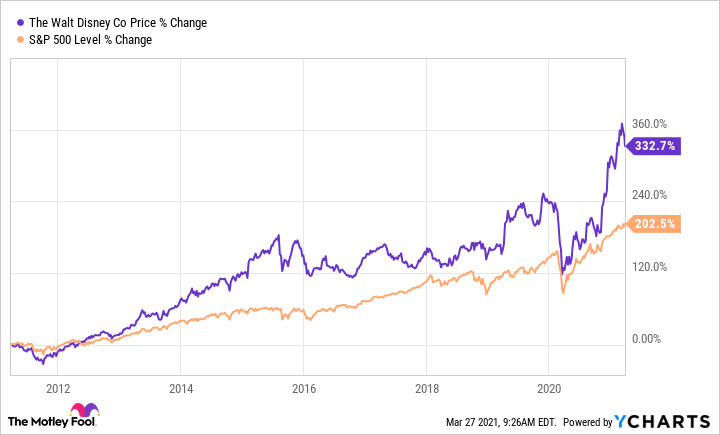 You don't have to be perfect trying to time the market or the stock. For example, I last added to my Disney holdings during the dip in March 2020 after the stock had dropped more than 15% as the markets started to panic about the pandemic. You can look back on that and say my timing was terrible, as the stock dropped another almost 30% before bottoming in late March. Or you can look at my $120 purchase price and see that this investment has had market-beating returns to this point.

Disney shares have recently dipped again. The stock is about 8% off its latest high, and it's worth a look at why it would be another good time to add.

Ready to fire on all cylinders

Disney's moat is unique in that it comes from its group of businesses themselves. The interconnectivity of its film business, theme parks, cruises, and now direct-to-consumer streaming television is unmatched. While many of its segments continue to struggle from pandemic impacts, the company's streaming services are thriving. Disney reported over 146 million paid subscribers for its Disney+, ESPN+, and Hulu streaming services as of Jan. 2, 2021. It has since announced that Disney+ surpassed the 100 million subscriber mark. Disney now sees peak operating losses for the new Disney+ service occurring this year, and profitability in fiscal 2024. The company even raised pricing on the service for the first time.

The recovery of the legacy businesses along with the growth of Disney's streaming television will combine for a resurgence of overall growth that should begin this year. The company said in its latest earnings call that attendance at Orlando's Walt Disney World "grew significantly" due to interest and increased capacity. The Florida theme park and Shanghai Disney Resort were both open for the entire first fiscal 2021 quarter. California's Disneyland will reopen April 30, though with limited capacity.

Disney itself isn't just waiting for things to open up, either. Even while Disneyland was closed, the company has reportedly been planning to expand its theme park, hotel, restaurant and entertainment offerings there. The Disney cruise line is also slowly getting back into service, with a new U.K. "Staycation" roundtrip sailing itinerary this summer.

New deals with the NHL and NFL will bring more sports to its ABC, ESPN, and ESPN+ broadcasts, and Disney has announced new details for Walt Disney Studios' upcoming film releases, including some opening simultaneously in theaters and on Disney+.

Looking at past performance doesn't necessarily tell investors what's ahead. But with a blue chip company like Disney, the unique business moat and pent up demand for its products should mean more good things to come. The past has told us that dips in the stock have always been a good time to buy, and it's smart to take advantage of the opportunity.