Please ensure Javascript is enabled for purposes of website accessibility
Log In Help Join The Motley Fool
Free Article Join Over 1 Million Premium Members And Get More In-Depth Stock Guidance and Research
By Keith Speights - Mar 30, 2021 at 11:39AM

Shares of BioNTech (BNTX -1.72%) were trading 6.9% higher as of 11:13 a.m. EDT on Tuesday. The German biotech announced its fourth-quarter and full-year 2020 results before the market opened.

BioNTech reported quarterly revenue of 345.4 million euros, a huge increase from the 28 million euros it brought in during the prior-year period. It also achieved profitability for the first time as a publicly traded company. 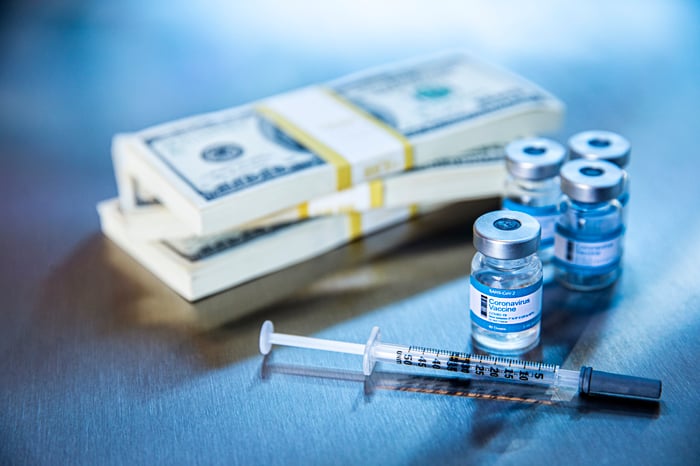 COVID-19 vaccine BNT162b2 was, unsurprisingly, the difference-maker for BioNTech in Q4. The biotech splits net profits from sales of the vaccine equally with Pfizer in all markets except China.

BioNTech's Q4 results included only a few weeks of sales of BNT162b2, though. The vaccine won its first authorization in the U.K. on Dec. 2. Over the next few weeks, BioNTech and Pfizer secured additional regulatory authorizations in the U.S. and in the European Union.

Investors might need to get used to seeing great quarterly results that send this biotech stock higher. BioNTech expects to generate revenue of around 9.8 billion euros from its current supply agreements. However, the company thinks that even more supply deals are coming, which will further boost its revenue.