Please ensure Javascript is enabled for purposes of website accessibility
Log In Help Join The Motley Fool
Free Article Join Over 1 Million Premium Members And Get More In-Depth Stock Guidance and Research
By Trevor Jennewine - Updated Apr 1, 2021 at 8:12AM

Both of these tech stocks could be rewarding long-term investments.

Appian (APPN 8.60%) and Shopify (SHOP 5.04%) operate in different markets, but they both help clients compete in an increasingly digital world. That has translated into big gains for shareholders, with Appian stock surging 224% and shares of Shopify up 146% in the last 12 months. But the digital transformation is far from complete.

According to the IDC (International Data Corporation), enterprises will spend a collective $6.8 trillion on digital transformation between 2020 and 2023. That should be a powerful growth driver for both of these businesses. But which is the better buy today?

Appian provides a low-code automation platform that empowers its clients to create applications quickly and cost-efficiently. If you're unfamiliar with low-code technology, the premise is simple: Rather than writing lines of computer code, users build drag-and-drop workflows to develop applications. This means anyone -- not just highly trained software developers -- can create impactful enterprise solutions. 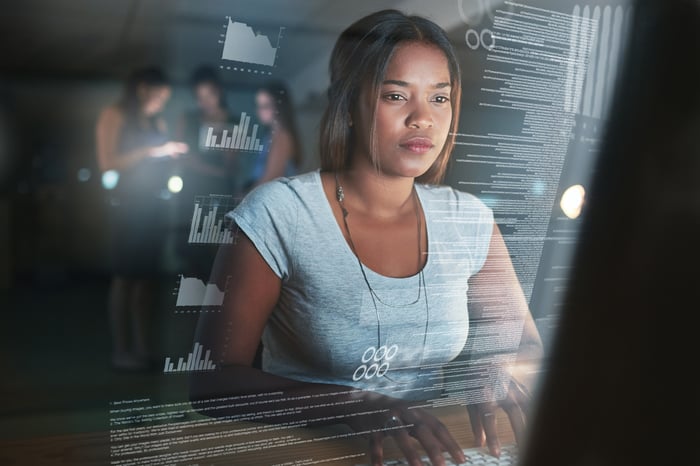 Despite competition from larger rivals like Microsoft, Appian has a few advantages. For instance, its business is entirely focused on low-code application development, whereas Microsoft's Power Platform is a tiny fraction of its software empire. That has helped Appian build a more customer-friendly product. In fact, according to Gartner's Peer Insights report, Appian outranks all competitors in terms of overall user satisfaction.

Likewise, Appian's platform often allows clients to build applications more quickly than rival products. To that point, the "Appian Guarantee" makes two promises: First, for a service fee of $150,000, customers will be able to deploy their first application in no more than eight weeks. And second, Appian can train anyone with technical skills to be an Appian developer in just two weeks.

In practice, the Appian Guarantee has helped the company win a number of big clients. In fact, during the most recent earnings call, CEO Matt Calkins cited deals with a top-10 global pharmaceutical company and a Fortune 500 insurance company, both of which chose Appian due to the speed of its platform.

These advantages have translated into strong growth, both in terms of customers and revenue.

Going forward, Appian has a large and growing opportunity across various software markets, including low-code development, robotic process automation, intelligent process automation, and others. According to management, Appian's market opportunity reached $37 billion in 2020, and it should get bigger in the years ahead. In other words, this tech company has plenty of room to expand.

Shopify offers subscription-based software that enables anyone to launch an online store. Its platform helps merchants manage payments, inventory, fulfillment, shipping, and marketing for both physical and digital locations. Merchants can even customize their storefronts with apps from the Shopify App Store, or they can hire a Shopify Expert to build a custom solution from scratch. 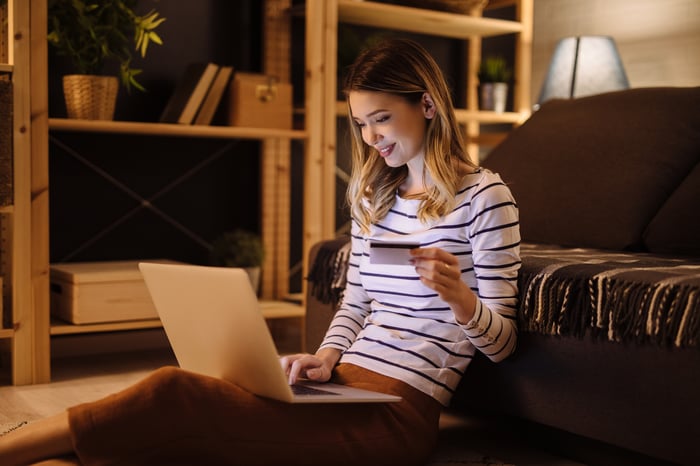 The company also partnered with Pinterest, TikTok, and Walmart to help its merchants reach a wider audience of buyers. So far, these growth efforts are paying off in a big way. For instance, Shopify merchants recorded over $5.1 billion in sales between Black Friday and Cyber Monday, beating the $4.8 billion in sales attributed to independent sellers on Amazon. Notably, over 44 million consumers made purchases from Shopify-powered retailers, up 50% compared to 2019.

According to a recent report from Shopify, 67% of consumers between the ages of 18 and 34 years old have started shopping online more frequently since the start of the pandemic. Given the convenience of e-commerce, the shift to online shopping is likely to remain elevated even after physical stores reopen. That trend should help Shopify grow its business in the years ahead.

Investors should be aware that both of these stocks look pricey. Shopify trades at 43 times sales, and Appian trades at 29 times sales. That being said, both companies benefit from large and expanding market opportunities, strong revenue growth, and great leadership.

However, there can only be one winner, and Shopify has the edge here. Its business is growing more quickly, both in terms of customers and revenue, and Shopify has much more cash on its balance sheet. Moreover, the global e-commerce market is massive, leaving plenty of upside for investors despite the company's $127 billion market cap.