Please ensure Javascript is enabled for purposes of website accessibility
Log In Help Join The Motley Fool
Free Article Join Over 1 Million Premium Members And Get More In-Depth Stock Guidance and Research
By Brett Schafer - Updated Apr 1, 2021 at 8:12AM

These two companies are low risk and have generated great returns for shareholders.

Plenty of investors get lured into considering penny stocks, partly due to a perceived discount and partly by the potential for outsized gains. While enticing, these companies are more often found to be bad investments due to their increased risk, lower regulatory scrutiny, and reputation of being run by fraudsters or market manipulators.

Individual investors are much better served by sticking with regulated securities, owning what they understand. Rather than fool around with what often turn out to be lottery tickets masquerading as companies, investors would be wise to put their hard-earned money into quality businesses with actual track records of success.

American Tower (AMT 2.10%) and Alphabet (GOOG 2.15%) (GOOGL 2.37%) are better bets than penny stocks and have shown themselves to be quality stocks worth looking into. Let's find out a bit more about them. 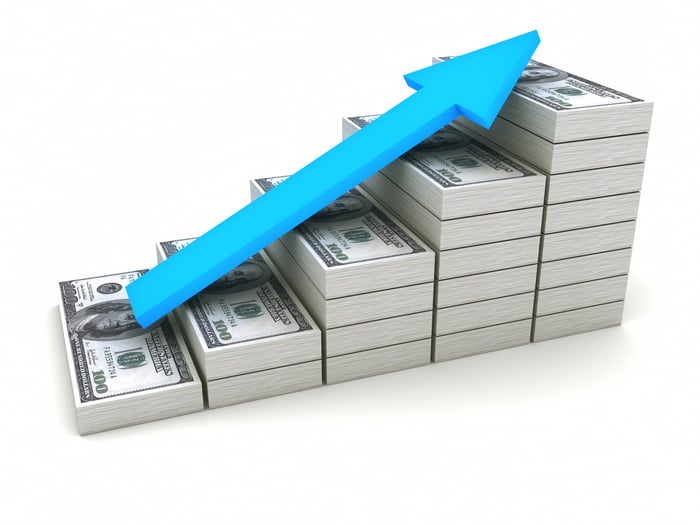 American Tower is a real estate investment trust (REIT) that owns and operates cell towers around the country. It leases these cell towers to telecommunication businesses like AT&T and Verizon. It's is a durable business offering a product and services that will be needed for the foreseeable future. It also has low churn and long-term contracts with its customers, meaning that its future revenue is highly predictable. In fact, according to management, the majority of American Tower's future growth is already contractually guaranteed.

At a market cap of $107 billion, American Tower stock trades at 28 times its consolidated adjusted funds from operations (AFFO, a metric that equates to free cash flow among companies operating as REITs). Admittedly, that valuation isn't cheap, but once you consider that most of AMT's near-term growth is contractually guaranteed and that it has a secular tailwind from 5G network rollouts and international expansion, it looks like much more of a bargain (and safe) investment.

American Tower management has a strong track record. As a REIT, AMT is required to pay out 90% of its net income as a dividend each year. Since 2011, AMT has grown its per-share dividend from $0.35 to $4.35. That's a more than a tenfold increase in a decade. With its next dividend payout (scheduled for April 12), the annualized rate will rise to $4.96 a share.

Alphabet is a tech conglomerate, but the majority of its business comes from Google. Google's internet search and advertising business has propelled Alphabet's market cap to around $1.4 trillion, making it one of the largest companies in the world. Last year, Alphabet's various operations generated $182.5 billion in revenue and $41 billion in operating income. Alphabet stock currently trades at 33.7 times its trailing operating income. This looks a tad expensive, but investors should realize its consolidated operating income is masking the true profitability of Alphabet's business.

The beauty of Google (or Alphabet, I'm using the two names interchangeably), and what separates it from many competitors, is that it can use its highly profitable search and advertising business to fund other capital-intensive projects. For example, the company is building out its cloud division, called Google Cloud, to compete with Amazon's AWS and Microsoft's Azure. Google Cloud revenue hit $13 billion in 2020, more than doubling in two years, showing the promise and long runway for growth of this sector. To fund this growth, Google is operating this division at a loss (losing more than $5.6 billion in 2020 alone). But when it reaches a significant scale, this cloud infrastructure business is likely to be highly profitable. Google's core business will help it bridge the gap as Google Cloud goes from burning billions to generating billions in cash over the next few years and beyond.

Google's advertising business also funds its Other Bets, a small subsidiary filled with moonshot projects like the self-driving start-up Waymo. While the business generates minimal current revenue, Alphabet is able to pour billions into these long-term projects while still generating significant profits, which is something only a few other businesses have the capability of doing.

On other fronts, Google has started buying back its stock in a meaningful way, which will be a good way to return excess profits that it generates to shareholders. Overall, Google is a quality, durable business that should be around for many years to come, with subsidiaries like Google Cloud that could turn into giant businesses a few years from now.

Overall, investors should stop throwing their money after (often) worthless penny stocks and turn their attention to quality companies like American Tower and Alphabet, two stocks with great track records, fantastic moats, and a history of generating strong returns for their investors.