Please ensure Javascript is enabled for purposes of website accessibility
Log In Help Join The Motley Fool
Free Article Join Over 1 Million Premium Members And Get More In-Depth Stock Guidance and Research
By Chris Neiger, Danny Vena, and Brian Withers - Apr 3, 2021 at 8:00AM

These tech companies are tapping into the fast-growing software market.

This month could be the perfect time for investors to buy tech stocks. Many people are receiving their stimulus checks in April, and the share prices of many tech stocks have tumbled recently, creating a great buying opportunity for inventors flush with cash.

To help you find a few great software stocks to buy this month, we asked three Motley Fool contributors for their suggestions. Here's why they think Veeva Systems (VEEV -3.14%), Snowflake (SNOW -7.17%), and Microsoft (MSFT -0.96%) should be on your list. 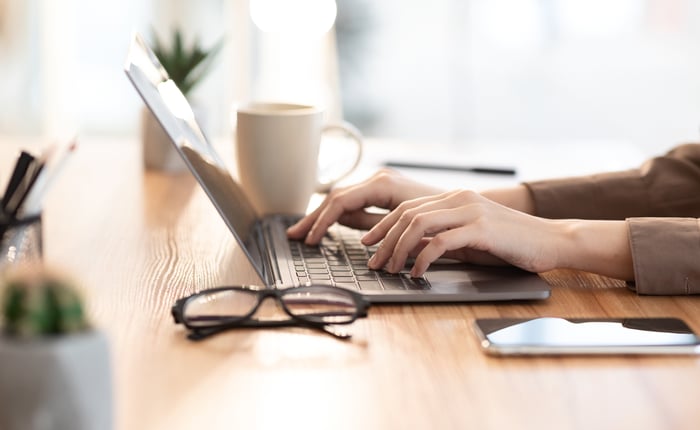 Expanding beyond its core customer set

Brian Withers (VEEV): Veeva Systems has built a $1.5 billion annual revenue business by catering to life sciences companies. But as this industry software specialist eyes its $3 billion revenue goal by 2025, it's expanding beyond its core platform in new and exciting ways. But before we look at its efforts beyond life science companies, let's check out its most recent results.

Its fiscal year 2021 Q4 results were stellar all around. Not only is the company executing on its growth strategy, but it's also doing so profitably with a rock-solid balance sheet of over $1.6 billion in cash and marketable securities and no debt.

But what investors should be more excited about is its recent innovations. The digital transformation partner to life sciences companies is expanding beyond its core customers and providing applications for patients and physicians. MyVeeva is an app for patients and doctors. For patients, it makes working with medical professionals easier. The first feature launched was e-consent. Anyone who has filled out paperwork at the doctor's office knows that this will be a huge winner. But that's just the tip of the iceberg.

For doctors, the MyVeeva app centralizes communications with pharmaceutical and medical device companies in one place (see image below). This saves physicians time to enable them to spend more time with patients. Eventually, these tools will enable paperless clinical trials, a longtime dream for research study directors. 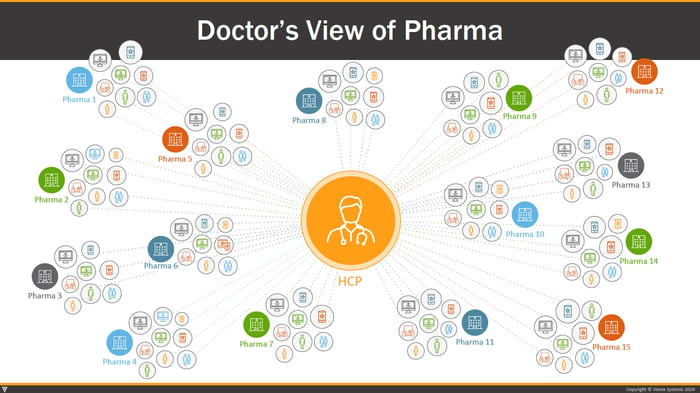 Additionally, the company has taken its years of experience as a partner to the highly regulated life sciences industry and adapted its popular Vault suite of products to serve other industries. This effort is just getting off the ground but has eclipsed $30 million in sales last year. Providing critical software to the consumer packaged goods, chemicals, and cosmetics industries adds at least $1 billion to its addressable market bringing the total to over $12 billion.

This industry software specialist is just getting started. With the stock off its high more than 15%, this month is a great time to become a Veeva shareholder. If you do take the plunge, five to 10 years from now, it's likely you'll find that it was the best decision you made in April 2021. Go on, what are you waiting for? 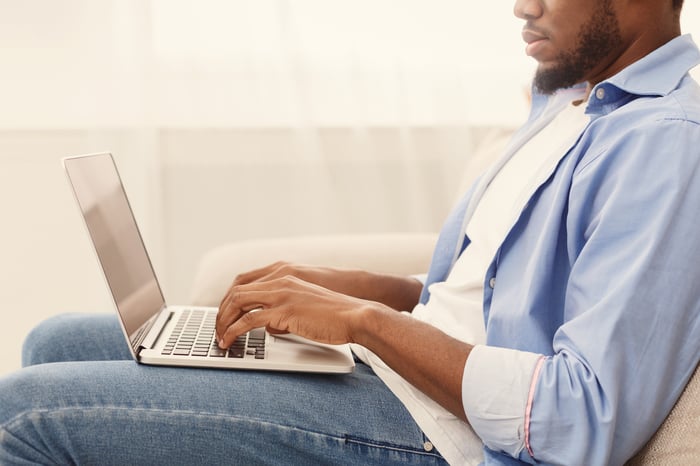 A Snowflake for all seasons

Danny Vena (Snowflake): It isn't often you get to buy a stock that's producing triple-digit revenue growth at a significant discount, but that's exactly what you get if you invest in Snowflake right now. This cloud-disrupter attracted investments from both Warren Buffett's Berkshire Hathaway and Salesforce.com when it went public late last year, so investors are in good company.

The company's cloud-native service combines data warehousing and storage, processing, and data analytics that goes far beyond traditional offerings. The software-as-a-service (SaaS) provider can handle all manner of structured and unstructured data, with a combination of data science and machine learning to provide cutting edge analytics and actionable business intelligence.

One of the things that sets Snowflake apart is the economy of its offering. Most big cloud providers bundle their offerings, so if customers need additional storage, they're forced to pay for more computing power as well -- whether they need it or not. Snowflake offers a usage-based model that lets customer pay for as little or as much as they need.

If you need proof that the company is attracting converts hand over fist, look no further than its results. For the 12 months ended Jan. 31, 2021, Snowflake grew revenue 124% year over year, while also improving its gross margin. While its losses climbed 54%, it's notable that revenue grew at a much faster rate, which helps illustrate the scalability of the company's business model.

There's also evidence that this will continue. Snowflake's remaining performance obligation -- which consists of future revenue that is under contract but has not yet been recognized -- grew a massive 213%.

Beyond its financial performance, its customer ranks continue to swell. Total customers climbed 73% year over year, while those spending over $1 million each year grew 88%. Existing customers are also spending more, as evidenced by Snowflake's dollar-based net revenue retention rate of 168%. Put another way, existing customers spent 68% more than they did during the prior year. This helps illustrate the compelling nature of Snowflake's catalogue of offerings.

As impressive at its results have been thus far, this could be just the beginning. Snowflake's management estimates that the company's total addressable market tops out at a massive $95 billion. Taken in the context of Snowflake's total revenue of $592 million last year, the opportunity ahead is vast.

Finally, Snowflake stock is selling at a 40% discount to its price just months ago, as the IPO mania that drove its price up in the wake of its debut subsided. Given its significant potential, investors should buy shares now before the market comes to its senses. 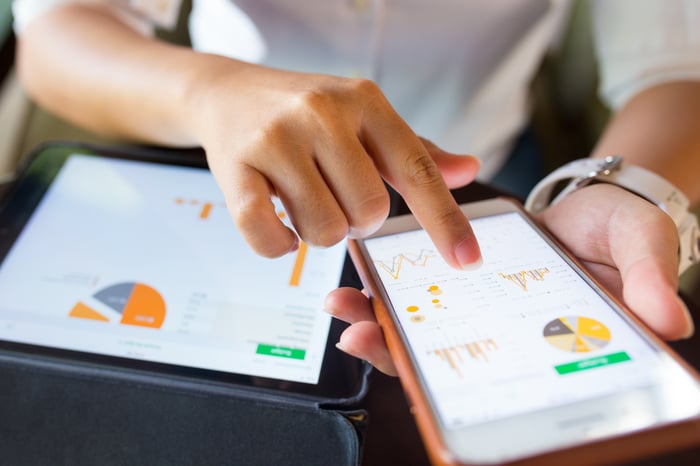 Chris Neiger (Microsoft): OK, I may not win any points for originality by picking Microsoft, but that doesn't mean that the tech giant isn't a great software bet.

Microsoft's software offerings may not seem as exciting as software made by younger tech start-ups, but the company still knows how to enter new markets and succeed. Consider that Microsoft launched its Slack competitor, Teams, in 2017, and by mid-2020 the company already had 44 million people using Teams every single day.

Microsoft's sales from its productivity and business processes (which includes Office 365 and Microsoft 365) increased an impressive 13% in the second quarter of fiscal 2021, adding $13.4 billion to Microsoft's top line.

Not only is Microsoft doing well in the fast-growing subscription software space, but the company is also a cloud computing powerhouse through its Azure product. Azure sales jumped 50% in the most recent quarter and its growth is yet another reason why so many businesses continue to look to Microsoft for their businesses needs. The company's comprehensive software products and integrated cloud solutions make it hard for businesses to go elsewhere for their tech needs.

Investors looking for a solid software stock bet -- without the volatility of smaller tech start-ups -- would be wise to consider adding Microsoft to their portfolio.