Please ensure Javascript is enabled for purposes of website accessibility
Log In Help Join The Motley Fool
Free Article Join Over 1 Million Premium Members And Get More In-Depth Stock Guidance and Research
By Keith Noonan - Updated Apr 3, 2021 at 10:35AM

Even with a recent pullback, Nano Dimension's market capitalization has risen more than 35,000% over the last year.

Shares of Nano Dimension (NNDM -5.53%) slipped 12.7% in March, according to data from S&P Global Market Intelligence. The stock lost some ground amid a broader pullback for growth-dependent tech stocks last month, but the Israel-based 3D-printing specialist's share price did rise with its fourth quarter report in the middle of the month. 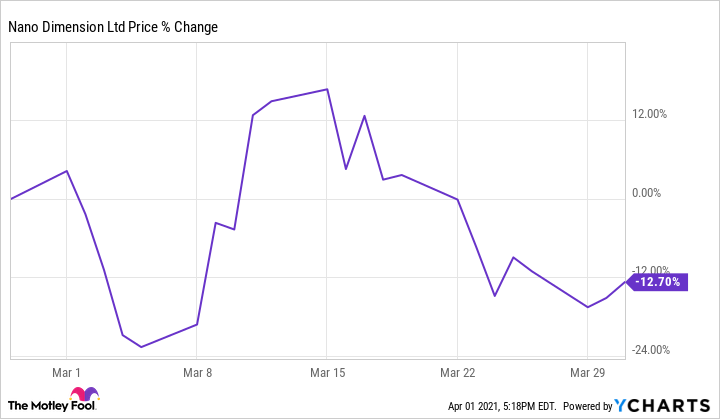 Nano Dimension published its fourth quarter results on March, posting revenue of $1.97 million in the period that was roughly in line with last year's performance. The company ended the fiscal year with $671 million in cash and bank deposits, and has been raising money by selling stock. Nano Dimension now has a market capitalization of roughly $2.1 billion -- up from its market cap of roughly $5.9 million one year ago. 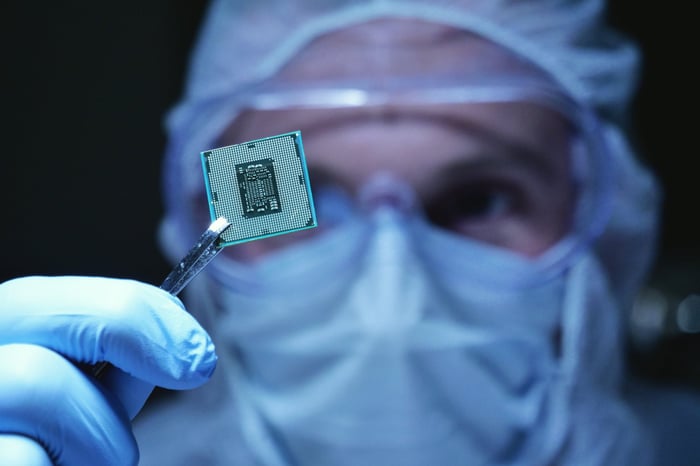 Nano Dimension got caught up in the broader pullback for growth-dependent tech stocks last month, but it looks like momentum is picking up at the business, and its share price has risen roughly 1,050% over the last year. The stock has skyrocketed amid an increasingly favorable outlook for its DragonFly 3D-printing machines, which are being used for the additive manufacturing of semiconductors and other complex electronics components.

Nano Dimension stock has lost some additional ground early in April's trading. The company's share price is down roughly 2.6% in the month so far. 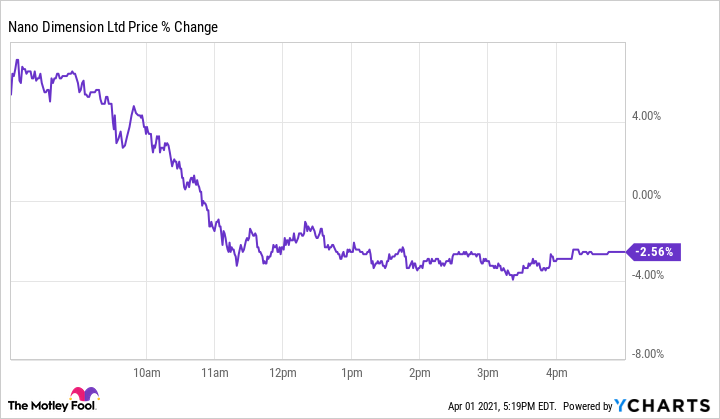 Nano Dimension has faced weaker near-term demand due to the coronavirus pandemic, with companies and research institutions delaying new projects due to uncertainty, but it looks like demand for its 3D-printing technologies will ramp up substantially over the next decade.

Nano Dimension CEO Yoav Stern stated in the fourth quarter conference call that the company is pursuing growth through internal development and considering potential mergers and acquisitions opportunities. Based on those comments, it's possible that the company will put some of the cash it's raised to purchase a business that can augment and expand its capabilities. It's also possible that a large semiconductor player could make a move to acquire Nano Dimension.