The clothing company's share price has more than tripled over the last year.

Shares of Express (EXPR -4.71%) jumped 49.4% in March, according to data from S&P Global Market Intelligence. The stock climbed following the company's fourth-quarter earnings release and also appears to be getting a boost as part of the "meme stock" phenomenon. 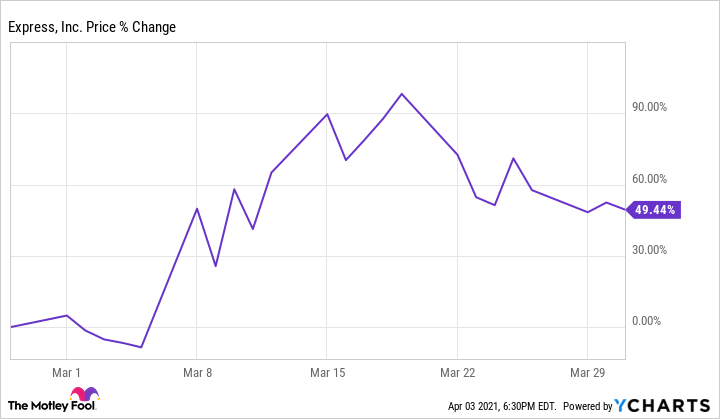 Following incredible gains for heavily shorted companies including GameStop and AMC Entertainment Holdings, Express has emerged as a popular stock among Reddit's WallStreetBets crowd. With the company's Q4 results coming in better than anticipated and a bit of help from favorable analyst coverage last month, the small-cap stock posted big gains. 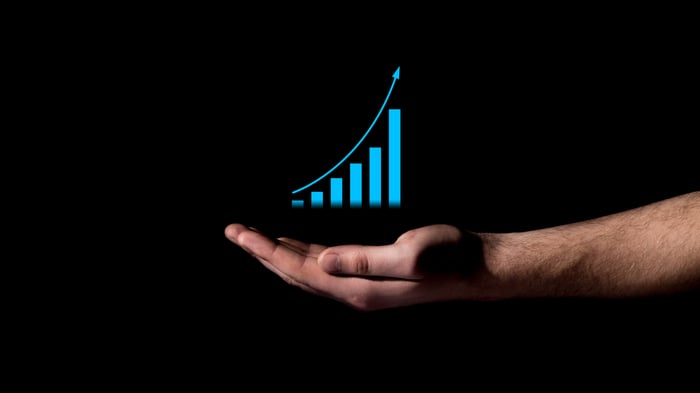 Express published its fourth-quarter results on March 10, delivering sales and earnings that came in ahead of the market's expectations. Sales fell roughly 29% year over year in the fourth quarter, coming in at $430.34 million, and the company posted a loss of $0.66 per share. It wasn't a great quarter by any stretch, but the performance came in ahead of Wall Street's targets. The average analyst estimate had called for a per-share loss of $0.82 on revenue of $424.73 million.

B. Riley Securities analyst Susan Anderson published a note on Express on March 11, maintaining a neutral rating on the stock but also raising the firm's one-year price target from $1.50 per share to $3.50 per share. Anderson cited room for gains on the margin front as a reason behind the price target hike, but she also noted that store traffic was still weak.

Express stock has continued to climb early in April's trading. The company's share price is up roughly 1.5% in the month so far. 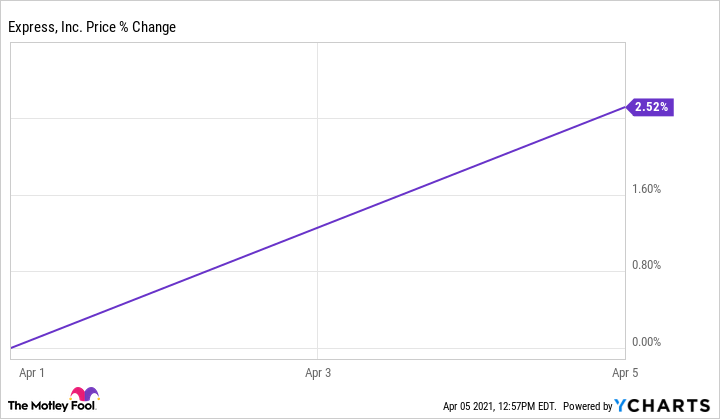 Express has a market capitalization of about $264.5 million and is valued at just 0.16 times this year's expected sales. The business has struggled over the last five years amid waning consumer traffic at shopping malls and generally soft demand for its products, and its share price is down roughly 80% across the stretch despite climbing 208% over the last 12 months.

The fact that the company trades at such a small forward sales multiple and has a beaten-down valuation partially explains why the stock has attracted the attention of WallStreetBets and other investors seeking potential short-squeeze plays. However, the underlying business is struggling -- and it doesn't have the e-commerce turnaround story that's helping to propel GameStop.