Please ensure Javascript is enabled for purposes of website accessibility
Log In Help Join The Motley Fool
Free Article Join Over 1 Million Premium Members And Get More In-Depth Stock Guidance and Research
By Bram Berkowitz - Updated Apr 6, 2021 at 10:39AM

Its board is taking several swift actions, including slashing the dividend, waiving bonuses, suspending share repurchases, and announcing executive departures.

The Swiss bank Credit Suisse (CS 3.39%) announced this morning that it will take a charge of 4.4 billion Swiss francs ($4.7 billion) as a result of its involvement with Archegos Capital Management and the fund's recent meltdown. It expects to report a pre-tax loss in the first quarter of 900 million Swiss francs ($957.5 million).

As a result of the charge and pending losses, Credit Suisse also said it plans to cut its dividend to 0.10 francs per share, a reduction from its earlier plan to pay 0.2926 francs per share.

The board of directors is taking other swift actions, including suspending share repurchases. The bank has no plans to resume them until it has returned to its target regulatory capital ratios and restored its dividend. 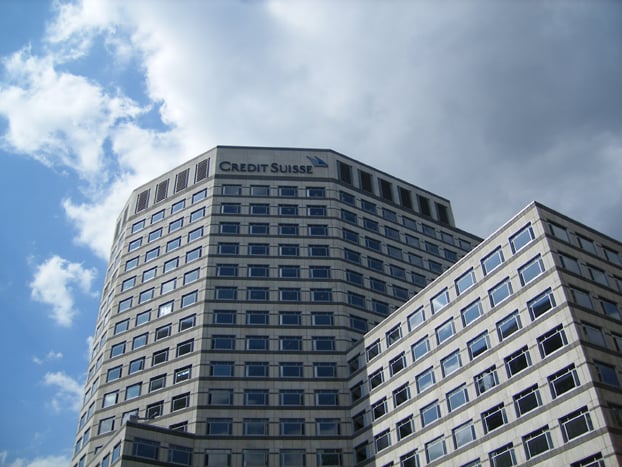 The bank also announced that Brian Chin, CEO of the investment banking division, and Lara Warner, chief risk and compliance officer, will step down from their roles immediately. Finally, the executive board at the bank is waiving its bonuses for 2020.

"The significant loss in our Prime Services business relating to the failure of a U.S.-based hedge fund is unacceptable," CEO Thomas Gottstein said in a statement. "Together with the Board of Directors, we are fully committed to addressing these situations. Serious lessons will be learned. Credit Suisse remains a formidable institution with a rich history."

Multiple lenders recently hit Archegos with a multibillion-dollar margin call. When it couldn't put up more collateral, the lenders sold large blocks of Archegos' trading positions to try to recover some of what they were owed.

While some firms with exposure to Archegos -- like Goldman Sachs, Morgan Stanley, and Wells Fargo -- avoided losses, Credit Suisse failed to stay out of the fray.

Archegos marks the second scandal that Credit Suisse has been involved in this year. In March, the bank had to freeze funds associated with Greensill Capital after it came to light that some of its assets were not valued correctly. Greensill has since filed for insolvency.

Shares of Credit Suisse were slightly down in pre-market trading.