Please ensure Javascript is enabled for purposes of website accessibility
Log In Help Join The Motley Fool
Free Article Join Over 1 Million Premium Members And Get More In-Depth Stock Guidance and Research
By Keith Noonan - Apr 6, 2021 at 11:06AM

The telecom stock has been extremely volatile across this year's trading.

Shares of Gilat Satellite Networks (GILT 3.96%) slumped by 25.1% in March, according to data from S&P Global Market Intelligence. The satellite communications company was coming off a poorly received quarterly report that it delivered in February, and also moved lower in conjunction with the tech sector's big pullback. 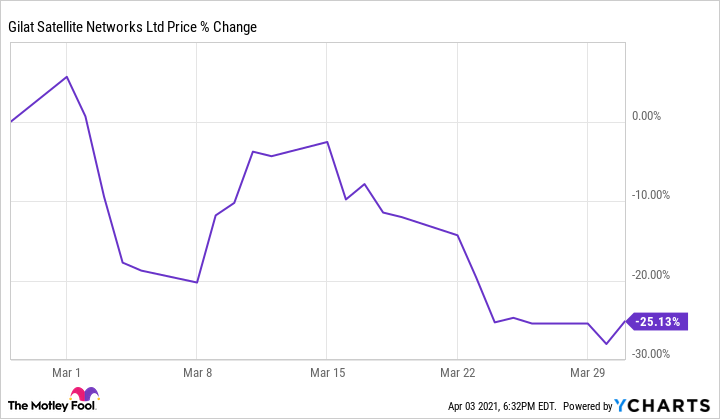 Gilat stock has seen some volatile swings over the last year. It now trades roughly 52% below the 52-week high that it hit in February. However, the Israel-based telecommunications company's share price is still up by about 61% year to date. 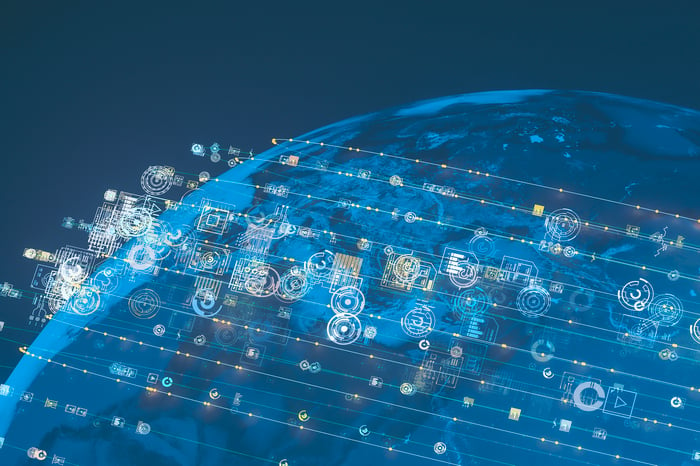 Gilat's valuation surged following the announcement of a significant contract win in January, but the stock lost ground in conjunction with the sell-offs of riskier tech stocks. Still, the company did offer investors some positive business updates last month.

Gilat stock has continued to move lower in April. Its share price is down roughly 2.3% in the month so far. 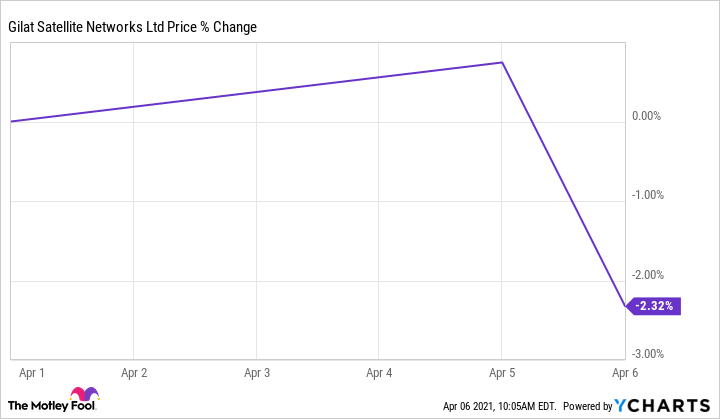 The company's revenue fell 37% last year, landing at $165.9 million. Gilat now has a market capitalization of roughly $594 million, and its stock is valued at roughly 3.6 times last year's sales. At current share prices, it sports a forward dividend yield of roughly 7.1%. However, the business's recent weakness and the uncertainty about its road to recovery suggest that investors probably shouldn't view the continuation of those payouts as a given.

Don't Get Too Attached to Gilat Satellite Networks' Juicy Dividend