Please ensure Javascript is enabled for purposes of website accessibility
Log In Help Join The Motley Fool
Free Article Join Over 1 Million Premium Members And Get More In-Depth Stock Guidance and Research
By Rich Duprey - Apr 7, 2021 at 9:19AM

China could be one of the world's biggest markets for plant-based meat alternatives.

Beyond Meat (BYND -12.80%) is ready to begin operating at scale in China. It announced Wednesday its new manufacturing facility in the Jiaxing Economic and Technological Development Zone, or JXEDZ, near Shanghai, was now operational.

The factory is the first end-to-end manufacturing facility the plant-based meat alternative has opened outside of the U.S., and should allow it to increase the speed and efficiency of production for the Chinese market while lowering costs. 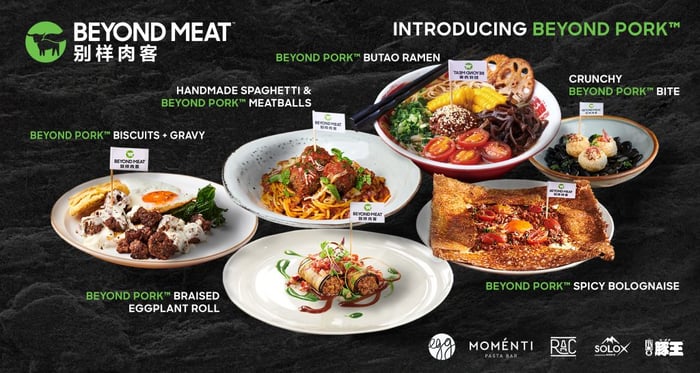 Beyond Meat sees international expansion as a key growth driver for the company and China is a prime target because of its vast population. The plant-based protein substitute even developed a new pork product specifically for the Chinese market.

China accounts for 27% of the world's meat consumption every year, and is one of the world's largest consumers of pork. Of the 74 million tons or so of pork, poultry, and beef that Chinese consumers eat each year, about half of it is pork.

In a statement announcing the production facility's opening, Beyond Meat said, "By producing closer to the consumer and leveraging local supply chains, Beyond Meat is investing in the growth of the plant-based meat category in China and the facility underscores the company's commitment to China as a region for long-term growth."

China is becoming a battleground for real meat alternatives as Impossible Foods also signaled its intention to sell plant-based pork there. Yet it remains to be seen whether a plant-based alternative can shake cultural norms surrounding pork consumption.

Beyond Meat will also be opening its first owned manufacturing facility in Europe this year.