Perhaps a better place for cannabis investment is another country altogether. What's more, this country has the highest global cannabis usage rate as a percentage of the population: Israel. 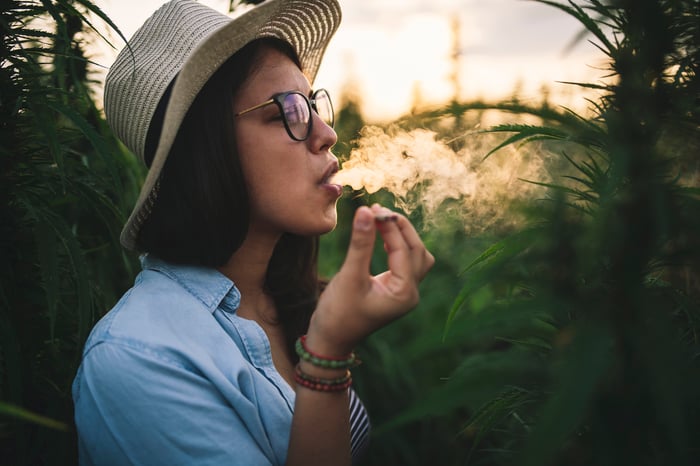 Currently, the Israeli cannabis market is medical-only, though it's projected that the country may go fully legal on an adult-use recreational basis by 2022. In 2020, the medical market was $214 million, relatively small. But it's estimated that there were $1.7 billion in illicit sales outside of that. So analysts think the legal Israeli market could increase by 10 times between now and 2027, to around $2 billion, as adult use is legalized and normalized.

The company sells its product to all of the 121 dispensaries in Israel, and has import partnerships with some of the leading Canadian exporters, including Tilray (NASDAQ:TLRY), Aphria (NASDAQ:APHA), Organigram (NASDAQ:OGI), and Charlotte's Web (OTC:CWBHF). Earlier this year, InterCure purchased a majority interest in the Givol pharmacy chain, giving it a retail presence. InterCure also expects to begin international exports to Europe in the second half of this year.

Subversive raised $225 million from public investors, and the acquisition will also see a $65 million injection from private investment in public equity (PIPE). Post-money, InterCure will have a $687 million market cap, but a healthy $286 million in extra cash on hand, good for an enterprise value of just $400 million. Meanwhile, InterCure is forecasting $51.5 million in adjusted EBITDA in 2022, good for a forward enterprise-value-to-EBITDA multiple of 7.8. That's much cheaper than most U.S. counterparts, which tend to have 2022 EV/EBITDA multiples in the low to mid teens.

And despite having a cheaper valuation than many U.S. multistate operators, InterCure does have a big advantage in that it doesn't have the extraordinary tax burdens U.S. companies have to bear. Therefore, it should be able to turn a fair amount of that EBITDA into real free cash flow. The company estimates $21.6 million in free cash flow in 2022 out of $51.5 million in EBITDA, or about a 40% conversion.

Still, Subversive's shares aren't too far above the initial $10 SPAC price. Should InterCure be able to execute on its forecasts, and successfully sell into Europe, this SPAC could be a very good deal for investors.

Big names on the kibbutz

InterCure also has some rather famous Israelis associated with it. Ehud Barak, former prime minister of Israel and general commander of the Israeli Defense Forces, is the company's chairman.

Other executives hail from top Israeli businesses spanning agro-tech, communications, and pharmaceuticals. And SPAC sponsor Subversive Acquisition, run by Michael Auerbach, has already completed another big cannabis SPAC this year, acquiring Jay-Z's cannabis company Caliva and consolidating it with West Coast Ventures, in an effort to consolidate the California market. Of the two, I actually like the value in this InterCure deal better.

Don't let this cannabis SPAC slip past your radar

Canada's cannabis market is oversupplied, and U.S. cannabis companies are dogged by burdensome tax regulations, among other rules. Could Israel be the ideal place for your cannabis investment dollars? Subversive and InterCure make a strong case.