Please ensure Javascript is enabled for purposes of website accessibility
Log In Help Join The Motley Fool
Free Article Join Over 1 Million Premium Members And Get More In-Depth Stock Guidance and Research
By Jon Quast - Apr 9, 2021 at 10:30AM

It's part of the company's strategy to expand internationally.

Sports-centric streaming service fuboTV (FUBO 0.00%) has been granted exclusive streaming rights to 70 qualifying soccer matches for the Qatar World Cup 2022. The terms of the deal weren't disclosed in yesterday's press release. But regarding the deal, CEO David Gandler said, "We are further differentiating fuboTV's sports-first content portfolio enabling us to engage with more consumers than ever before."

The qualifying matches are specifically for games from CONMEBOL, the official confederation of the Federation Internationale de Football Association (FIFA) in South America. Not only will fuboTV be able to stream the games live, but it also has the rights to re-air matches and the rights to commentaries in English and Spanish. 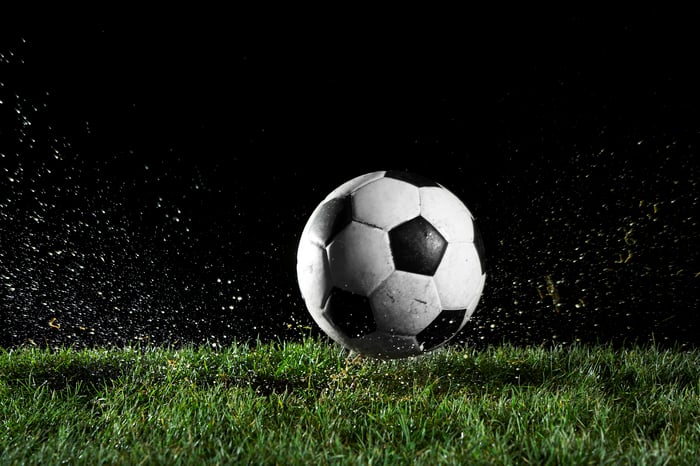 fuboTV sees international expansion as one of its primary opportunities for growing its subscriber base. In the company's most recent annual report, it noted that there are around 3.5 billion soccer fans worldwide and most of these are outside the United States. By gaining the rights to these World Cup qualifiers, it has an opportunity to increase its brand awareness in the important Latin American market.

In addition to exclusive streaming rights, fuboTV will also produce original content in connection with these soccer games. According to the press release, this programming will include pre-game, halftime, and post-game breakdowns.

FuboTV's World Cup qualifying matches are slated to begin in June and continue through early 2022.