Please ensure Javascript is enabled for purposes of website accessibility
Log In Help Join The Motley Fool
Free Article Join Over 1 Million Premium Members And Get More In-Depth Stock Guidance and Research
By David Jagielski - Apr 9, 2021 at 5:10AM

The best buy on this list trades over a ridiculous 60 times its future earnings.

One of the dangers of investing right now is that there are many high-priced stocks out there. Even though a business may be doing well, paying a high price to own a piece of it may not be a good idea, as it could limit your returns -- or worse, you could actually incur a loss on it.

Ignoring earnings multiples and valuations can be a surefire way to put your portfolio in harm's way. And three stocks that are incredibly overvalued right now and that you should be extremely careful with are GoodRx (GDRX 5.36%), Twitter (TWTR 0.39%), and Carnival (CCL 6.35%). 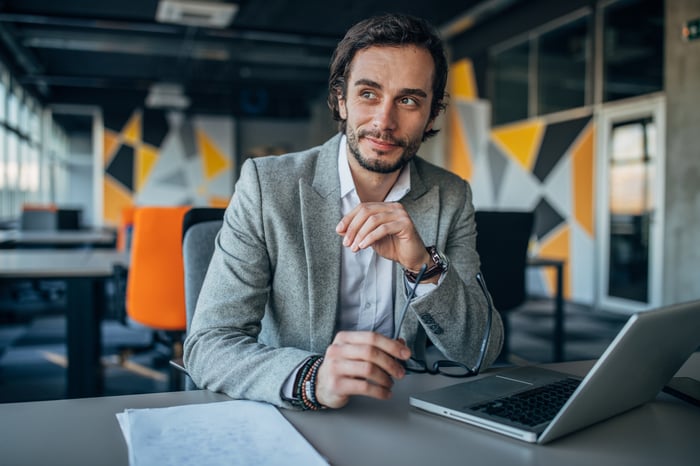 GoodRx's business makes it easier for consumers to buy prescriptions at lower prices. But the problem is that the company doesn't have a strong competitive advantage that can keep rivals at bay.

GoodRx's lack of an edge is especially concerning given one of its competitors may end up being Amazon (AMZN 3.60%). The tech giant is going deeper into healthcare, recently launching telehealth services in addition to its pharmacy business. With its deep pockets, Amazon could undercut competitors and make it hard for GoodRx to generate long-term sales growth. Amazon advertises that Prime members who pay without insurance can save up to 80% on medication through Amazon Pharmacy.

And GoodRx already has enough problems of its own to worry about, incurring losses in each of its last two quarters. Although it grew its sales in 2020 by 41.9% to $550.7 million, it is spending a staggering amount of money on selling, general, and administrative (SG&A) expenses. Expenses of $716.6 million represented 130% of revenue. And if there is an increase in competition, that percentage could climb even higher.

GoodRx's forward price-to-earnings (P/E) multiple of more than 110 is obscene, and puts it at a high valuation regardless of which industry you are investing in. Even though the stock is down 19% over the past year and has underperformed the S&P 500 (which is up 24%), I wouldn't be surprised to see its shares fall even further, as there are still many question marks in GoodRx's future.

Another stock trading at a hefty premium is Twitter. Its forward P/E of 74 is now even higher than Amazon's multiple, which is just over 69. And fiscal year 2020's sales of $3.7 billion weren't all that impressive for the social media company, as its top line grew by just 7.4% from 2019 -- hardly the numbers you would expect when you are paying such a steep premium for a growth stock. And to make matters worse, its operating expenses grew at an even higher rate of 19.3%.

While Twitter may think adding "Super Follows" to charge followers for content and moving more toward a subscription model will help its bottom line, I'm not convinced it will work in the long term, as it could turn off existing users. It is also a move that shows some desperation, and is perhaps a sign that the company isn't sure ad revenue alone will be enough to make its business profitable over the long haul.

Although it has come off its recent highs, the stock is still up a mindboggling 74% over the past 12 months, and it could be due for a big correction if the markets crash this year.

Carnival's stock has soared 159% in 12 months, and sending this company to the top of this list in terms of share price performance. By the look of the stock chart, you would have to assume that the cruise ship operator is doing exceptionally well. But the reality is that this is still a risky investment despite the ongoing vaccine rollouts.

On April 7, Carnival reported that its net loss for the first quarter of 2021 (period ending Feb. 28) was a mammoth $1.97 billion, more than double the $781 million loss it incurred during the same period a year ago. The company is optimistic; it noted that for Q1, its booking volumes were 90% higher than in the previous period.

However, the deposits it collected this past quarter effectively offset the effect that refunds had on its business. And many of its bookings are beyond this year, as just $0.7 billion of the $1.8 billion Carnival has in current customer deposits are for trips in 2021.

Cash is also still a big concern. In February, Carnival issued $3.5 billion in senior unsecured notes and completed an equity offering for $1 billion. Although the company says its monthly cash burn rate has been "better than expected," at $500 million per month, that is still an extremely high amount. With $11.5 billion of cash and short-term investments, Carnival isn't in danger of running out of money anytime soon -- but the threat of more shareholder dilution is going to remain there for the foreseeable future.

Carnival's stock doesn't have a forward P/E multiple because it's not likely the company will be profitable anytime soon, making its incredible rise in value even that much more ridiculous. With COVID-19 outbreaks on cruises last year generating lots of attention, many customers may not be all that eager to get back on cruise ships. And while some may want to use up their credits or speculate on 2022, there is no guarantee future sailings will go as expected.

There simply isn't much of a reason to invest in this business right now, and it's likely just speculation that is driving the rise in Carnival's share price. This is a stock I would stay far away from. If new variants of COVID-19 prove to be a problem and case numbers continue climbing despite vaccinations, that could lead to a more negative outlook for the business and lead to an aggressive sell-off.