Please ensure Javascript is enabled for purposes of website accessibility
Log In Help Join The Motley Fool
Free Article Join Over 1 Million Premium Members And Get More In-Depth Stock Guidance and Research
By Adam Levine-Weinberg - Apr 14, 2021 at 8:19AM

Two years ago, the 737 MAX grounding and weakening demand for wide-body jets caused order activity to grind to a halt for Boeing's (BA -0.01%) commercial jet business. As dismal as 2019 was for the jet maker, 2020 was even worse, as the COVID-19 pandemic crushed aircraft demand.

The recertification of the Boeing 737 MAX finally sparked a rebound in order activity starting late last year. The momentum in new orders continued into early 2021 and accelerated in March. However, even as Boeing booked several big orders last month, order cancellations continued at an elevated rate, limiting the company's ability to expand its backlog.

A surge in orders -- and cancellations

During February, Boeing recorded more firm orders than cancellations for the first time in over a year. It repeated that feat in March.

Indeed, the company booked 196 orders last month, all for 737-family jets. Most notably, Southwest Airlines (LUV -0.92%) ordered 100 additional 737 MAX 7s. A previously announced deal with Alaska Air and an order from investment firm 777 Partners accounted for most of the other orders reported for the month. 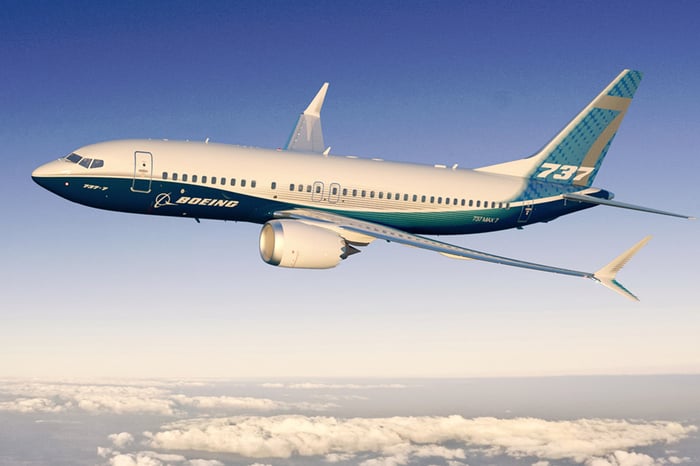 Unfortunately, a slew of order cancellations offset most of these new orders. Turkish Airlines reduced its firm backlog for the 737 MAX by 50 units, and a pair of Chinese lessors canceled a combined 42 orders. Factoring in other order cancellations and the 22 737s that Boeing delivered in March, the aerospace giant ended the month with 3,240 737-family jets in its firm backlog, up by just four units compared to the end of February.

Boeing's biggest order is less impressive than it looks

The 100-unit order from Southwest Airlines was the difference-maker that allowed Boeing to expand its backlog (albeit just slightly) in March.

Yet while this deal padded Boeing's order total, it won't do much for Boeing's finances -- especially in the near term. First, Boeing is selling 737 MAX 7s to Southwest at razor-thin margins. Southwest expects to spend just $5.1 billion to acquire 169 aircraft from Boeing between 2021 and 2026, an average of $30 million per plane. That appears to be near -- or even below -- breakeven.

Second, Southwest Airlines has stretched out its 737 MAX order book quite dramatically. Entering 2020, it had 265 firm orders scheduled for delivery between 2020 and 2025. Now, it has just 155 firm orders over that period (including seven 737 MAX 8s delivered last December). 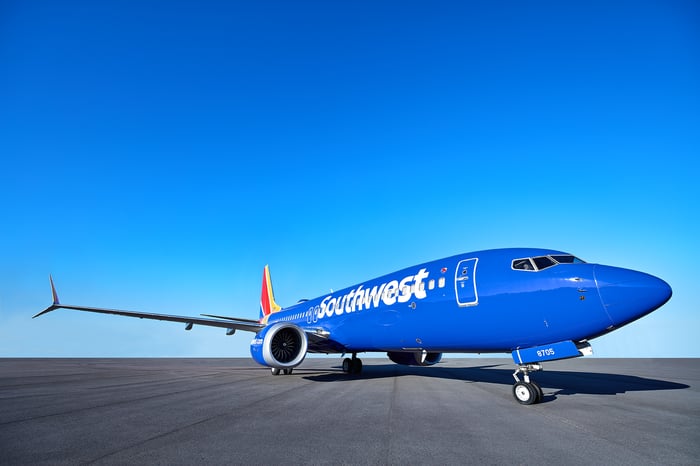 In fact, more than a third of Southwest's firm orders are scheduled for delivery in 2029 and beyond. Thus, the big order that Boeing logged last month does nothing to shore up its production plans over the next several years.

To be fair, Southwest has options to buy as many as 200 additional 737 MAX jets between 2022 and 2026. If it exercises most of those options, it could ultimately acquire aircraft faster than its pre-pandemic plan. However, for now, those are just options.

It's certainly good news that Boeing's new orders have outstripped cancellations for two months running -- even if a lot of the new orders booked last month won't be delivered for nearly a decade. Yet the company still faces a tough road back to health.

Wide-body aircraft demand remains extremely weak, due to international travel restrictions and a slew of airline bankruptcies over the past year. Meanwhile, the 737 MAX backlog has shrunk to a level that probably can't support production at previously planned rates.

Moreover, it's not clear where Boeing could turn for additional 737 MAX orders. It has already tapped most of its biggest, most loyal, and most financially stable customers for 737 MAX orders over the past few months. That could cause the backlog to start shrinking again if weaker customers continue canceling orders.

In short, Boeing's commercial jet business is likely to be significantly smaller and less profitable going forward than it was a few years ago. Given that commercial jets were Boeing's biggest cash cow prior to the 737 MAX grounding, this subpar outlook makes Boeing an unattractive stock.