The nascent EV start-up inches closer to its product debut.

As Lucid Motors continues driving toward the launch of its flagship Air sedan, which is expected to occur in the second half of 2021, the company is simultaneously ramping up its marketing efforts while also conducting the standard litany of performance tests necessary for any car before it hits the public roads. Lucid's merger with special-purpose acquisition company (SPAC) Churchill Capital IV (CCIV) is scheduled to close in the second quarter ahead of the product's debut.

Earlier this week, Lucid released a new video on social media detailing one of the most critical trials: cold weather testing. 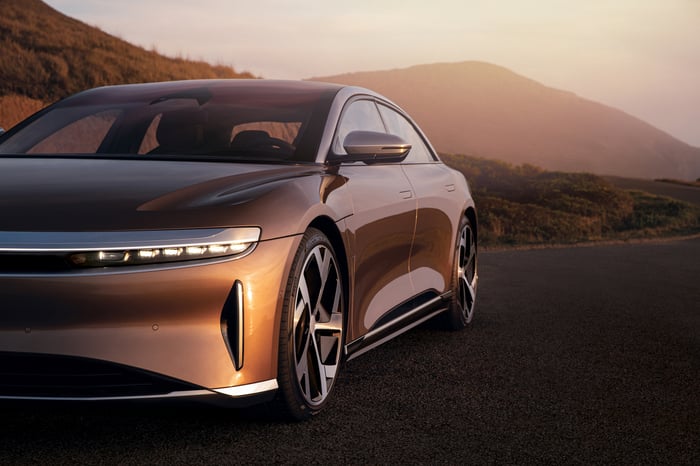 Cold weather testing is among the most important aspects of releasing a vehicle to consumers, as the car's performance under those conditions could easily be the difference between life and death. Lucid conducted tests for two of its release candidate vehicles in temperatures of negative 40 degrees Celsius after soaking the cars in water overnight.

That freezes "every single molecule" in the car so that the electric-vehicle (EV) start-up can evaluate how various critical components, ranging from lubricants to battery cells, perform in extreme temperatures, according to quality exec Nicolas Minbiole.

Compared to gas-powered cars, electric cars are much more susceptible to extreme temperature changes, which can accelerate battery degradation and impact range. That's why it's imperative for EVs to have robust thermal management systems that can keep the battery pack within ideal operating ranges. It's also worth remembering that some of the markets with the highest EV adoption in the world, such as Norway, regularly experience harsh environmental conditions.

Lucid says that the Air was able to achieve all of its cold weather testing targets, such as being able to maintain a quiet cabin as the car warms up. Normally, interior systems get louder as they operate in the cold, according to chief engineer and former Tesla exec Eric Bach.

Two EV start-ups in a class of their own

The testing results come shortly after peer Rivian released a similar video of its own cold weather trials ahead of that company's launch, which is also expected later this year. Rivian is backed by Ford and Amazon, the latter of which has ordered 100,000 custom electric delivery vans from the start-up.

Rivian and Lucid are distinguished from other nascent EV start-ups in that they are on the precipice of launching consumer vehicles. Rivian is said to be pursuing a traditional IPO in 2021, while Lucid opted for the SPAC route. Lucid has sold out of its most expensive Dream Edition, with total reservations of over 8,000 as of the end of February.

After deliveries start in the months ahead, Lucid hopes to deliver 20,000 vehicles in 2022 to generate $2.2 billion in revenue.