Please ensure Javascript is enabled for purposes of website accessibility
Log In Help Join The Motley Fool
Free Article Join Over 1 Million Premium Members And Get More In-Depth Stock Guidance and Research
By Keith Speights - Apr 18, 2021 at 5:04AM

For some investors, the answer is a resounding "yes."

It's been 13 months since Pfizer (PFE -1.28%) announced that it was partnering with BioNTech to develop a COVID-19 vaccine. Since then, Pfizer's shares are up more than 26%. That might not seem too bad until you consider that the S&P 500 index has soared nearly 2.5 times as much during the same period.

But in several ways, the future for the big drugmaker looks better than it has in quite a while. Should you buy Pfizer in April? 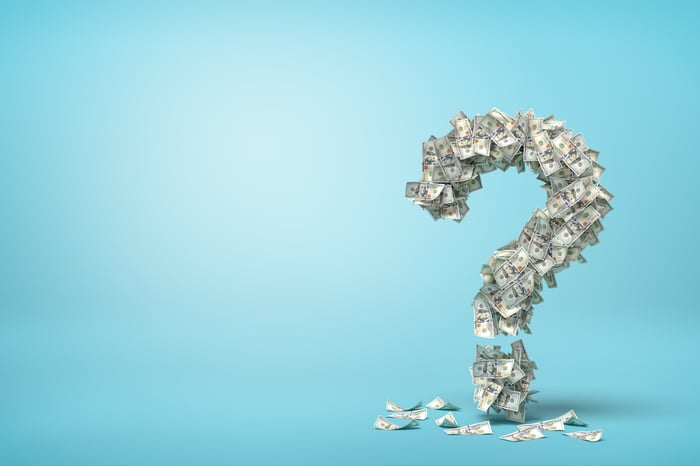 Let me start by trying to talk you out of considering buying this big pharma stock. There's a pretty good case to be made that if launching a game-changing COVID-19 vaccine in record time won't fire up investors, nothing will. That's exactly what Pfizer has done but with relatively little in terms of stock performance to show for it.

One key reason why that's the case is that no one knows how successful Pfizer's COVID-19 vaccine will be beyond 2021. It seems likely that the number of vaccinations will decline significantly after the pandemic is over even if booster shots are required. Remember also that Pfizer must split its profits on its COVID-19 vaccine with BioNTech.

Meanwhile, Pfizer's current lineup has some big question marks. Autoimmune disease drug Xeljanx flopped in a post-marketing safety study. Individuals taking the drug had higher rates of cardiovascular events and cancer than did those taking TNF inhibitors such as Humira and Enbrel.

The company had initially hoped that breast cancer drug Ibrance would be a huge winner as an early stage adjuvant. But after failing in two late-stage clinical studies last year, that's not going to happen.

Pfizer's pipeline prospects are cloudy as well. The U.S. Food and Drug Administration (FDA) pushed back its review of the regulatory filings for abrocitinib in treating atopic dermatitis by three months. And an FDA advisory committee overwhelmingly voted against recommending tanezumab in treating osteoarthritis pain.

Before you run away from Pfizer like it's the plague, you might want to take a look at the bigger (and better) picture for the company. For one thing, Pfizer no longer has older drugs like Lipitor and Lyrica that have lost exclusivity weighing on its growth thanks to spinning off its Upjohn unit and merging it with Mylan to form Viatris.

With this transaction now behind it, Pfizer expects to deliver a 6% compound annual growth rate (CAGR) for revenue and a double-digit percentage CAGR for adjusted earnings per share over the next five years. Those numbers are risk-adjusted: Pfizer isn't counting on all of its pipeline candidates to be successful to achieve this level of growth.

Even more important, the company's growth projections don't include any potential sales from its COVID-19 vaccine. Not one penny. Pfizer and BioNTech together should easily make over $20 billion from the vaccine in 2021 alone.

Look for a nice chunk of that revenue to be recurring. Pfizer CFO Frank D'Amelio confirmed recently that the big drugmaker fully expects that annual vaccinations will be required. Its COVID-19 vaccine has proven to be both safe and highly effective. Pfizer should be in a good competitive position going forward with new versions of the vaccine that don't require ultracold storage.

Don't dismiss Pfizer's pipeline potential either. The company appears to have solid chances of winning FDA and European approvals for its new pneumococcal vaccine. Lorbrena won FDA approval as a first-line treatment for ALK-positive metastatic lung cancer in March. Pfizer's clinical success rates are also trouncing the biopharmaceutical industry, which bodes well for the company gaining more approvals from its pipeline down the road.

So should you buy Pfizer in April? My answer is that it depends on your investing style.

The reality is that Pfizer probably won't deliver the level of long-term growth that aggressive investors seek. Even with its COVID-19 vaccine and potential pipeline winners, the company isn't likely to match up against high-flying growth stocks.

We haven't talked about Pfizer's valuation yet, though. I think that value investors might like that Pfizer's shares trade at only 11.5 times expected earnings.

If you're an income investor, Pfizer will almost certainly be attractive. The company's dividend yield currently stands at 4.2%. Sure, the yield will drop a little with Pfizer's pre-planned dividend cut coming when Viatris initiates its dividend program this quarter. However, even after that happens, Pfizer will remain one of the better dividend stocks on the market.

The bottom line is that Pfizer does appear to be a good pick to buy this month for bargain hunters and income seekers but not for investors wanting aggressive growth. As the old adage says, two out of three ain't bad.