SpaceX CEO Elon Musk is bringing broadband satellite internet to the world. He's said he expects SpaceX's new Starlink service to grow into a $30 billion-a-year business. But is that actually an understatement?

Judging from comments recently made by SpaceX President and Chief Operating Officer Gwynne Shotwell at the Satellite 2021 Low Earth Orbit Digital Forum, it seems $30 billion could be the lowball estimate. 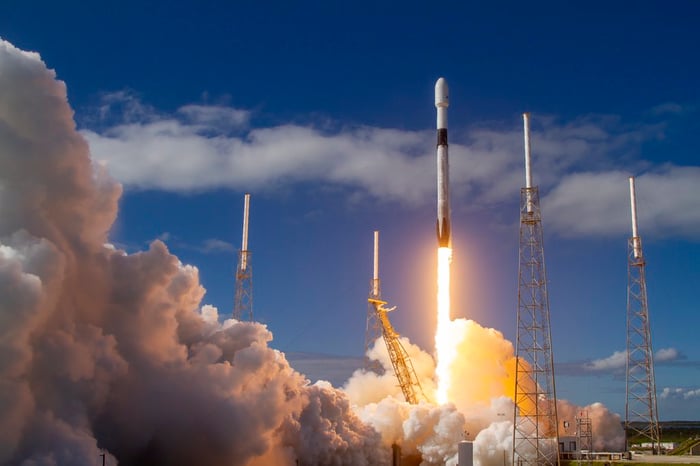 Speaking virtually at the LEO Digital Forum last Tuesday, Shotwell reiterated SpaceX's plans to -- at least initially -- focus Starlink on providing internet broadband to rural customers. She described the service as "complementary" to terrestrial internet providers such as Comcast (NASDAQ:CMCSA) and AT&T (NYSE:T), rather than competing with them. Eventually, SpaceX wants this to become a global business, but even just considering the U.S. market, and even if Starlink only "complements" existing options, the opportunities look vast.

As Shotwell explained, once Starlink is fully deployed, it should be able "to serve every rural household in the United States," or "roughly 60 million people." Multiply that customer base by the $99 a month that SpaceX is charging for its beta service, and multiply it again by 12 months in a year, and you're looking at nearly $72 billion in annual revenue that Starlink could take in -- more than enough to ensure a successful IPO for the company. (And Shotwell has repeatedly assured investors that SpaceX will IPO Starlink.)

Speaking of that $99 a month service price, Shotwell reassured customers that despite concerns that have been raised regarding Starlink's ability to sustain 100 megabits per second in download bandwidth to all of its customers, the company has no plans to charge higher prices to faster "tiers" of service (nor lower prices to slower tiers) so as to ration its bandwidth supply. "We're going to try to keep it as simple as possible and transparent as possible, so right now there are no plans to tier for consumers," said the SpaceX COO.

So for the time being at least, assume the $99-a-month is set in stone.

That being said, calculating Starlink's potential revenue contribution to SpaceX isn't quite as simple as multiplying $99 a month times 12 months a year times 60 million people. For one thing, many of those people share households. Divide 60 million by the average U.S. household size of 2.5 persons, and you're looking at a total addressable U.S. market of perhaps 24 million households -- which still works out to a very respectable $28.5 billion in annual revenue, if every single one of those U.S. households signs up for Starlink. After all, $28.5 billion would be in the ballpark with SpaceX's earlier estimate, even before considering the revenue coming from international markets.

Can Starlink capture the entirety of the rural U.S. market, and all $28.5 billion of that revenue stream? It depends.

On the one hand, rural broadband download speeds in the U.S. average 45.9 Mb/s, with some locations pinging in the low single digits. And the average cost for this service is about $50 -- roughly the same price charged for much faster internet service in major metropolitan areas. If Starlink can deliver on its promise to provide 100 Mb/s speeds to all comers, at a $99 monthly price tag, its service should at the very least be competitive with alternative providers on a dollars-per-megabit basis.

What's more, SpaceX says Starlink aims to grow its download speeds well past 100 Mb/s, to 1 gigabit per second, or even 10 Gb/s eventually. Such speeds, received for just $99 a month, could make Starlink the default choice for internet service across rural America -- and even in U.S. cities (raising the possibility that Starlink will end up competing with Comcast and AT&T, whether it intends to or not).

Of course, the question still remains: Can Starlink deliver on those promises?

My own calculations still indicate that this cannot be done. Assuming each Starlink satellite supports a maximum download bandwidth of 23 Gb/s, providing 10 Gb/s service to customers (for example) would mean that each satellite in orbit over the U.S. could support a maximum of two customers simultaneously -- as obvious a problem as it is a ludicrous proposition.

Given the obvious-ness, I can only imagine that Musk already has a solution in mind -- upgraded Starlink satellites boasting vastly expanded bandwidth, for example. But until he tells us what, exactly, he is planning, we're left guessing.