If you try to use Starlink in Russia, expect to pay a big fine.

SpaceX wants to bring fast satellite broadband internet to the world -- and in particular, to internet users in far-flung, rural locations, where download speeds are low and prices are high.

SpaceX's globe-spanning satellite constellation should be capable of providing 100 megabit-per-second internet service to anywhere by the end of this year. You can expect that a lot of countries, no matter how urbanized they are (or not), will be lining up to sign up for Starlink service. And the more countries Starlink signs up as customers, the better the prospects for the SpaceX subsidiary's promised IPO.

One country that most definitely does not want Starlink, however, is Russia. 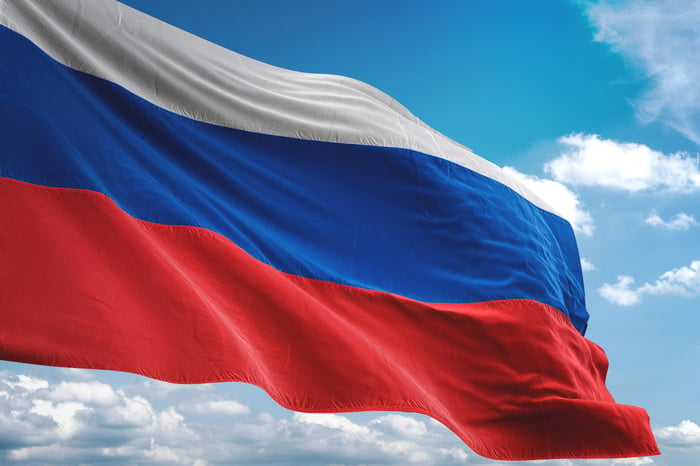 As ArsTechnica.com reported last month, the Russian State Duma (Russia's congress) is currently considering legislation to impose fines upon any individual or company that signs up for Starlink -- or indeed, for any foreign-operated satellite internet system, OneWeb or Project Kuiper included. According to ArsTechnica, the Russian Duma may fine individual customers of Starlink up to $405 for use of the satellite internet service, and fine corporate users as much as $13,500.

What does Russia have against cheap, fast, reliable internet from space? For one thing, Russian security services object that internet operated by a foreign satellite network would be immune from surveillance under Russia's System of Operational Search Measures legislation ("SORM"). For another, they suspect that Starlink is part of a U.S. government plot to deploy "predatory, clever, powerful, high-technology ... shock and awe ... to advance, above all, [American] military interests."

And yet, there also seems to be an economic motivation to this ban on Starlink and other satellite networks. As Ars points out, "Russia is planning its own satellite Internet constellation, known as 'Sphere.'" And in contrast to SpaceX's Starlink, which is a privately funded and privately built communications system, the 600-satellite Sphere constellation will be a project built and run by the Russian state under the aegis of its Roscosmos space agency. And that could be a problem.

Sphere, you see, is rumored to cost $20 billion to build, may not begin launching until 2024, and won't be completed before 2030. Given the amount of investment required, Russia's government certainly doesn't want to pay for the Sphere project only to discover three years from now that all of Sphere's potential customers have already signed up for Starlink -- and that it will never recover its investment.

That problem goes away, however, if Russia takes the simple step of banning competitors from its market.

That would be a shame for Russia's rural internet users. Russia is, after all, kind of the ideal market for an infrastructure-lite internet system like Starlink. Spanning 11 of the world's 24 time zones, Russia boasts the largest land mass of any country on Earth. And yet, Russia's population of 146.7 million doesn't come close to filling up all that space.

Despite having heavy urbanization in its western parts, 1 in 4 Russians still lives in the countryside, making the country more rural than even the U.S., for example, where only 1 in 6 people live outside urban locales.

As SpaceX CEO Elon Musk has pointed out, the primary goal of Starlink will be to "serve the hardest to serve customer." This is, in fact, why one of the first things the company did after setting up Starlink was to apply for an FCC-run program to subsidize providing broadband internet access to underserved rural locations in America. (Another reason, of course, was the $886 million in federal grants SpaceX could collect for providing the service.)

In Russia, SpaceX will now be banned from serving these rural customers. But that's OK. According to the World Economic Forum, only about 55% of the world's 7.8 billion people have access to the internet, which means that even outside of Russia, there are still a good 3.35 billion or so potential customers for Starlink to market to.

That gives Starlink plenty of room to grow before its IPO, with or without Russia.