The company sold almost 10% of its wind-powered generating capacity to NextEra Energy Partners.

Shares of Brookfield Renewable Partners (BEP 1.15%) (BEPC 1.40%) dropped as much as 5% Monday, and remained down over 4% as of 3:25 p.m. EDT. Several names in the renewable energy sector were in the red today, but there was also some news regarding Brookfield Renewable's assets. 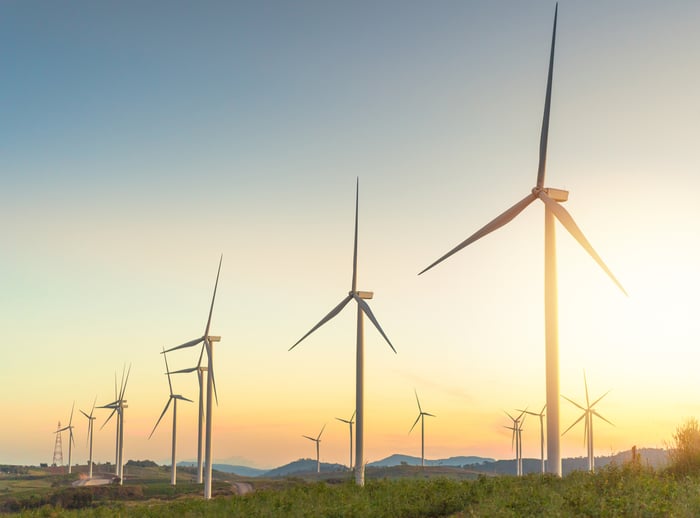 NextEra Energy Partners picked up three different California wind facilities, and one in New Hampshire. The company paid $733 million for the portfolio, which it said has long-term contracts with high-credit-quality customers. NextEra Energy Partners shares traded within about 1% of where they closed on Friday after the announcement.

NextEra said it believes it can leverage its existing platform to reduce operating costs. Its CEO, Jim Robo, said in a statement, "This transaction demonstrates NextEra Energy Partners' continued ability to execute its long-term growth plan." With contributions from the deal, NextEra said it now expects cash available for distribution to be at the upper end of its previously announced range.