Please ensure Javascript is enabled for purposes of website accessibility
Log In Help Join The Motley Fool
Free Article Join Over 1 Million Premium Members And Get More In-Depth Stock Guidance and Research
By Jeremy Bowman - Apr 20, 2021 at 9:09AM

Subscribers appear to have taken the price hike in stride.

Netflix (NFLX -0.98%) quarterly reports are always full of surprises. The streaming stock has a history of moving wildly on earnings reports as its subscriber numbers tend to fluctuate significantly in ways that are difficult to predict. Netflix also aims to provide guidance that is accurate, sharing its actual internal forecasts with investors, rather than offering conservative guidance that it expects to beat, the way many tech companies do.

For that reason, Netflix's earnings reports are especially important in guiding the stock, since each one gives bulls and bears new fodder to debate its prospects. Heading into Netflix's first-quarter earnings report, scheduled for after the market close on Tuesday, April 20, investors will be watching to see the impacts that rising competition, the ongoing pandemic, and recent price increases all have had on the business. 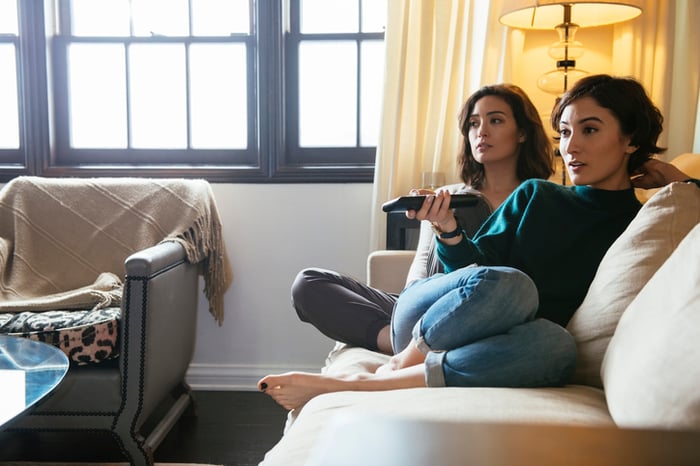 When we last heard from Netflix in January, management forecast 6 million subscriber additions for the first quarter and a 23.6% increase in revenue to $7.13 billion. It also called for earnings per share to nearly double from $1.57 to $2.97, in part due to lower-than-normal content spending during the quarter.

Heading into the report, M Science, a data analytics firm, shared some research that should encourage Netflix investors.

Churn is no concern

Churn is a key metric for any subscription business because it measures the percentage of subscribers who drop their subscriptions. High churn not only impacts overall subscriber growth, but it also significantly raises customer acquisition costs since streaming services need to add a new subscriber every time they lose one just to break even. Churn is also a useful proxy figure for customer loyalty -- a high churn rate would show that customers aren't very loyal to the service.

The good news for Netflix is that the company has historically had a lower churn rate than its peers, benefiting from a first-mover advantage in streaming and the fact that it spends much more on content than any of its competitors, incentivizing subscribers to stick around as there's always something new on the platform.

Data from M Science shows that this pattern continued in the first quarter even as Netflix raised prices on U.S. subscribers by $1 on the most popular plan to $13.99 a month. M Science's domestic churn indicator in the first quarter hovered around 3%, similar to previous years even though Netflix raised prices and has faced an onslaught of new competition. The data is based on credit card transactions and therefore inflates Netflix's actual churn since credit card cancellations and changes in billing methods are read as churn even when the customer may not actually be quitting the service.

The churn rates were lower than M Science expected compared to prior price increases. This shows that Netflix continues to demonstrate pricing power, a positive sign for the company as it expects to increase profitability over the coming years, forecasting operating margins will expand by 3 percentage points on average each year after reaching 20% this year.

The domestic business is maturing

M Science also found that new subscriber additions were the slowest they've been in the last five years, a reflection of the pull-forward effect of the pandemic and rising competition. Still, that finding isn't as concerning as it might seem. At this point in Netflix's evolution, the best way to think about the streamer may be as two companies: a maturing domestic business and an international business that still has tremendous growth opportunities.

Last year, Netflix added 6.3 million subscribers in North America, reaching 74 million total households. Of its four operating regions, that one had the second-slowest growth, edging out Latin America which added 6.1 million new customers last year. More than half of households in North America are now Netflix subscribers, and with the sharp increase in streaming competition, profits are starting to become more important than subscriber growth.

Outside of North America, it's a much different story. In the Asia-Pacific region, for example, Netflix finished last year with 25.5 million subscribers, up 8.3 million from the year before, giving it significant growth room in a market that includes large populations in countries like India, Japan, South Korea, and Indonesia, among others.

Keep an eye on the geographic spread of subscriber growth in the first quarter. While total subscriber additions are always important, growth in North America is likely to be muted, given the price increase, new competition, and earlier pull-forward effects of the pandemic. That's why low churn is a reassuring sign.

If Netflix can deliver strong subscriber growth in international markets in the first quarter, while successfully passing along price increases at home, that should be reason enough for investors to celebrate.