Please ensure Javascript is enabled for purposes of website accessibility
Log In Help Join The Motley Fool
Free Article Join Over 1 Million Premium Members And Get More In-Depth Stock Guidance and Research
By Keith Speights - Apr 20, 2021 at 5:55AM

We should know by the fall if his prediction will become reality.

Murphy's law is operating in reverse for Pfizer (PFE -0.23%) when it comes to the company's COVID-19 vaccine. Pretty much everything that can go right is going right. And things just might get even better.

Pfizer CEO Albert Bourla and CVS Health CEO Karen Lynch talked with CNBC's Bertha Coombs for a CVS Health Live episode, recorded on April 1 and made public last week. During this event, Bourla said 10 words that could translate to $10 billion or more in additional sales for Pfizer's COVID-19 vaccine. 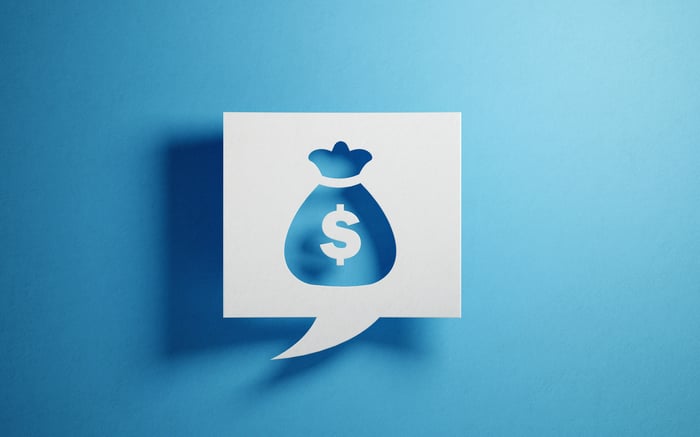 What were those 10 words that could point to significantly higher sales for COVID-19 vaccine BNT162b2? Bourla stated that "there will be likely a need for a third dose." Currently, BNT162b2 requires two doses for full vaccination. Bourla added that he expects this booster dose will be needed between six and 12 months after individuals receive their second shot.

This statement isn't surprising. Pfizer and its partner BioNTech (BNTX 5.63%) announced in late February that they're testing a third booster dose in participants from the phase 1 study for BNT162b2. Moderna is also already testing COVID-19 vaccine booster candidates.

There's a good reason for this activity and for Bourla's comments. The current COVID-19 vaccines could be less effective against new coronavirus variants, especially as time goes by after initial vaccinations.

At least for now, though, it seems likely that any third dose would be needed closer to the upper end of Bourla's range than the lower end. Pfizer reported earlier this month that BNT162b2 demonstrated 91.3% overall efficacy up to six months after the second dose.

If a third dose is needed as Bourla predicts, Pfizer and BioNTech are about to make a lot more money. In its fourth-quarter update in February, Pfizer projected 2021 sales for BNT162b2 would be around $15 billion. However, that was based on supply deals in place at the time.

In total, Pfizer and BioNTech now have agreements in hand for 400 million additional doses that weren't included in the sales projection made in early February. That extra volume should easily boost sales of the companies' COVID-19 vaccine to well over $20 billion.

It's simple math to figure out how much a third booster dose of BNT162b2 might rake in for Pfizer and BioNTech. Since the companies stand to make over $20 billion this year supplying the vaccine for a two-dose regimen, a third dose could equate to around half of that total -- $10 billion.

Of course, neither Pfizer nor BioNTech will have the final say about whether or not a third dose is needed. Regulatory authorities in the U.S. and Europe will make the ultimate decision.

When will we know for sure if a booster dose will be required? Dr. Anthony Fauci, director of the U.S. National Institute of Allergy and Infectious Diseases and the chief medical advisor to President Joe Biden, was asked this question on ABC's This Week program on Sunday. He responded that he thinks by "the end of the summer and the beginning of the fall," enough information will be available as to whether or not booster shots are needed.

Importantly, Fauci and Bourla seemed to agree on one thing: Annual vaccinations will probably be required. If they're right, Pfizer could be poised for billions of dollars in recurring revenue every year from its COVID-19 vaccine. That's the kind of boost that investors in the big pharma stock would love to see.