Please ensure Javascript is enabled for purposes of website accessibility
Log In Help Join The Motley Fool
Free Article Join Over 1 Million Premium Members And Get More In-Depth Stock Guidance and Research
By Neil Patel - Apr 21, 2021 at 6:15AM

If you're seeking exposure to the fitness sector, then look no further than these two companies.

Investing in the fitness space can be lucrative, whether it's in apparel or equipment. Both lululemon athletica (LULU 1.49%) and Peloton Interactive (PTON 13.60%) have demonstrated that consumers are willing to pay a premium price for what they deem to be outstanding products.

These stocks have been high flyers over the recent past, and they continue to show strong growth prospects. Lululemon's business has come surging back following store closures last spring. Peloton, on the other hand, received the perfect tailwind for its business as people were stuck at home and needed ways to work out.

So, which stock is the better buy? 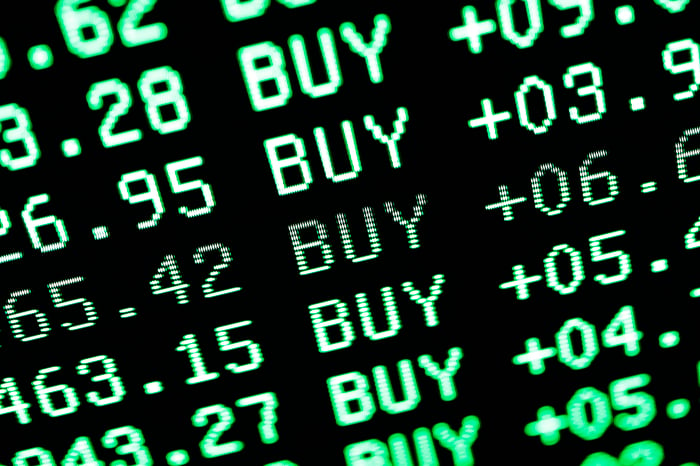 Lululemon has done a phenomenal job at building a powerful brand in the sports apparel industry, pitting it against larger foes like Nike and adidas. Its focus on community-driven marketing and direct-to-consumer has led revenue to skyrocket from $711 million a decade ago to $5.6 billion in the most recent fiscal year (ended Jan. 31).

Sales dipped last spring due to the onset of the pandemic, but have since come roaring back. In the most recent quarter, sales increased 24% compared to the prior-year period, and the gross margin stood at a remarkable 58.6% (which is higher than Peloton).

Having a cult-like following and selling expensive yoga pants for women has gotten the company to this point. But going forward, Lululemon will look to grow its men's business more. It seems to be working so far, as I've had friends rave to me about the products.

Additionally, the company now has a major stake in Peloton's niche with its purchase of Mirror. While still a tiny part of the overall business, it'll be interesting to watch these two companies compete directly in the years to come.

Lululemon opened 30 stores last year and plans to open 40 to 50 this fiscal year. It currently has 521 locations globally, so this shows just how much bigger management thinks the footprint can get. With only 14% penetration outside of North America today, the company sees international markets (particularly Asia) as a massive growth opportunity.

Peloton may have a lower gross margin (39.9% in the most recent quarter) than Lululemon, but it more than makes up for it with growth. In second-quarter 2021 (ended Dec. 31), revenue soared 128% to give the company its first billion-dollar quarter. Peloton now has 1.67 million connected fitness subscribers, who are valuable customers who purchased a piece of equipment and pay the $39 monthly fee.

It's certainly no doubt that Peloton benefited greatly from the pandemic, but the business was hitting its stride even before 2020. Consumers are increasingly looking to work out at home, and it doesn't look like this trend is abating. Additionally, remote work also seems to be here to stay in some capacity, further supporting Peloton's value proposition.

When compared to Lululemon, I think Peloton has a stronger competitive moat. Building highly technical, innovative, and integrated fitness equipment is much more difficult and capital-intensive than creating an apparel business. The barriers to entry are much higher. However, Lululemon might just have a stronger brand than Peloton, which has been key to its success.

Peloton is still working to fix some supply chain issues it's had to deal with due to the surge in demand for its products, but that's something I'm not too worried about. The acquisition of Precor, as well as management's announced $100 million investment in shipping capabilities, will alleviate these problems.

In the second half of this year, the company will launch in Australia. This is Peloton's first entry into the Asia-Pacific region. Over time, this has the potential to become an extremely lucrative market.

I think both Lululemon and Peloton are great businesses that are growing their competitive advantages. The former is attacking the well-established athletic apparel market, while the latter pioneered the new wave of innovative at-home fitness equipment. Each company is loved by its customers and possesses attractive economics with strong growth prospects.

Ultimately, it comes down to how much you're willing to pay and which area you think has the best long-term outlook. If investors want exposure to the athletic apparel market, Lululemon is your choice. Its valuation isn't too extreme, especially when compared to the juggernaut that is Nike.

On the other hand, if investors believe the hype that the home fitness craze is only going to get bigger going forward and don't have a problem paying a steep price, then go with Peloton.

Neil Patel has no position in any of the stocks mentioned. The Motley Fool owns shares of and recommends Lululemon Athletica, Nike, and Peloton Interactive. The Motley Fool has a disclosure policy.