April's nearly over, and May's just around the corner.

After a month in which it seemed like space tourism Virgin Galactic Holdings (SPCE 3.19%) stock could go nowhere but down, things are finally turning around. 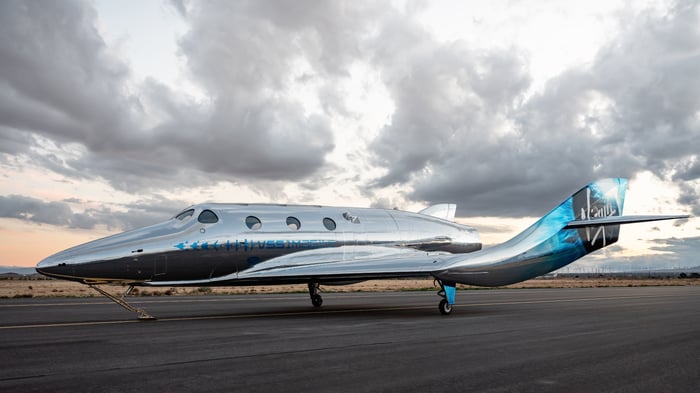 The past week's news has been uniformly bad for Virgin Galactic, which hasn't been able to issue much in the way of positive PR of its own, and just suffered the negative headlines of seeing first its own founder, and then a highly respected tech investor, dump its shares on the market.

But here's the thing: After months of waiting, Virgin Galactic is due to resume flight testing next month. It's also got a shiny new spacecraft with which to conduct such testing.

Granted, Virgin Galactic still has no revenue, and no profits with which to entice investors. But the pieces are finally in place for Virgin Galactic to begin producing positive news flow again in May, after its self-imposed ban on flight testing elapses. And if those flight tests go well, the company could soon be back on track toward its ultimate goal of flying tourists into space -- which is necessary for it to finally begin producing revenue and profits.

While success is still far from certain, the chances are better than even that at the very least, May's news will be better for Virgin Galactic than April's news was -- and I suspect that's why investors are buying again today.