Please ensure Javascript is enabled for purposes of website accessibility
Log In Help Join The Motley Fool
Free Article Join Over 1 Million Premium Members And Get More In-Depth Stock Guidance and Research
By Rich Duprey - Apr 22, 2021 at 10:24AM

The digital currency would erase all privacy from financial transactions.

China is forging ahead with a state-sponsored digital currency, and Macao says it may make it mandatory for buying casino gambling chips.

Because the special administrative region is the only place in China where it is legal to gamble, enforcing use of the cryptocurrency could devastate casinos. It would allow the government to more closely trace the money movements of high-rolling gamblers, which could cause VIPs to abandon Macao for other countries.

Casino operators that rely heavily on VIP gamblers, like Wynn Resorts (WYNN -3.37%) and MGM Resorts International (MGM -2.70%), could suffer the most. 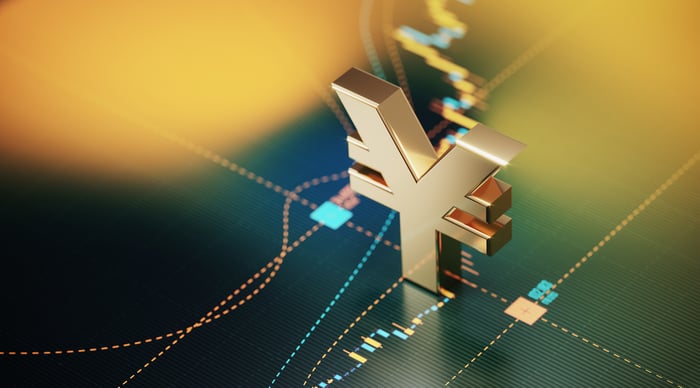 Beijing has been cracking down heavily on money transfers out of China, under the guise of stopping money laundering. The government has installed facial recognition technology at ATMs in Macao, banned proxy betting and the use of underground banks, and limits the amount of money that can be transferred to overseas accounts.

The digital yuan currently being tested, called e-CNY, would be fully traceable with real-name registration that would allow the government to know every aspect of a citizen's transactions.

Although casino executives say they support its adoption because Beijing won't allow gamblers to come back to Macao if they can't get a digital currency imposed, it would also harm the mass market to whom they've been catering.

Casino gambling revenue plunged 80% last year due to the pandemic and is still down 20% so far this year, suggesting Macao casinos may revisit new lows if China's official cryptocurrency goes live.