Please ensure Javascript is enabled for purposes of website accessibility
Log In Help Join The Motley Fool
Free Article Join Over 1 Million Premium Members And Get More In-Depth Stock Guidance and Research
By Rich Smith - Apr 23, 2021 at 11:24AM

Here's a hint: It's not because Intel reported great news.

Intel, if you haven't heard, actually beat on its Q1 earnings. Despite sales declining 1% year over year, the company managed to report a pro forma profit of $1.39 per share, which was ahead of analyst expectations.

Regardless, Intel reported a steep 540 basis point decline in its gross margin to 55.2%, and it saw its operating margin cut nearly in half as the company spent heavily to race to catch up to its rivals in advanced computer chips. Analysts at Citigroup commented yesterday that Intel stock appears to be close to its peak valuation and is likely to decline as investors acclimate to the new environment in which Intel is losing, not gaining, market share.

And the reason this is good news for AMD is that, according to Citi at least, it's AMD that's taking that market share away from Intel. 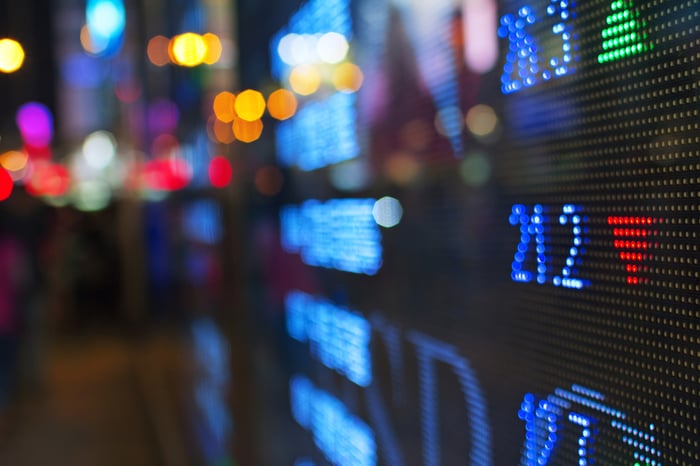 So what's an investor to do with all this information?

At a valuation of just 13.6 times trailing earnings, Intel stock certainly looks like a relative bargain when compared with AMD stock, which trades at 38.4 times earnings. But AMD has a cash-rich balance sheet, versus Intel that's carrying $13.5 billion in net debt. And analysts see Intel's earnings growing only 10% annually over the next five years, while AMD is pegged for 29.5% annualized earnings growth, according to S&P Global Market Intelligence data.

Intel may look like a value stock right now, but it's AMD that's got all the momentum.