Please ensure Javascript is enabled for purposes of website accessibility
Log In Help Join The Motley Fool
Free Article Join Over 1 Million Premium Members And Get More In-Depth Stock Guidance and Research
By Keith Speights - Apr 23, 2021 at 10:59AM

The biotech just lost funding for the late-stage study of its COVID-19 vaccine candidate.

Shares of Inovio Pharmaceuticals (INO -6.67%) were crashing 27.4% as of 10:17 a.m. EDT on Friday. The big decline came after the company announced that the U.S. Department of Defense is discontinuing funding of the phase 3 study evaluating its COVID-19 vaccine candidate INO-4800.

The loss of funding for the phase 3 study of INO-4800 presents a huge setback for Inovio, so today's major sell-off of the biotech stock after this news isn't surprising. 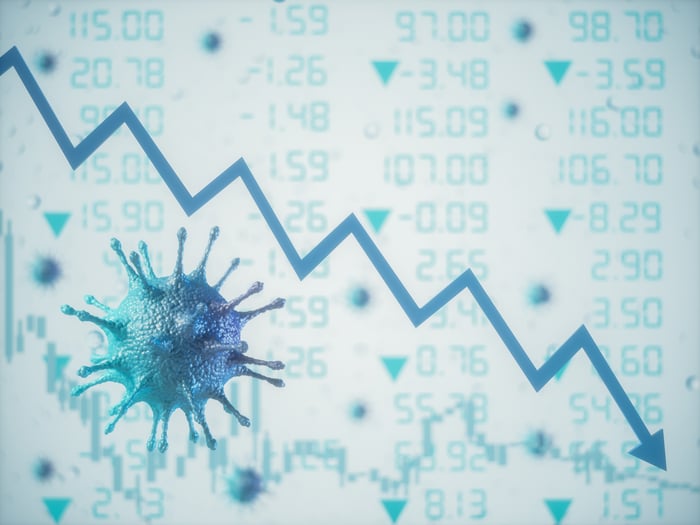 Why did the Defense Department pull the plug on funding the late-stage study? Inovio said that the department's Joint Program Executive Office for Chemical, Biological, Radiological and Nuclear Defense (JPEO-CBRND) told the company: "The decision results from the changing environment of COVID-19 with the rapid deployment of vaccines. This decision is not a reflection of the awardee or product, rather a fast-moving environment associated with the former Operation Warp Speed on decisions related to future products."

That kind of sounds like the old line used when couples break up: "It's not you, it's me." However, in this case, it makes sense.

The U.S. already has supply deals in place with Pfizer, Moderna, and Johnson & Johnson for more than enough doses to fully vaccinate every American. COVID-19 vaccines from AstraZeneca and Novavax could soon win Emergency Use Authorizations, too. Investing in testing another vaccine simply isn't a smart use of government money at this point.

The Defense Department will still fund the ongoing phase 2 study of INO-4800. Inovio now plans to conduct its late-stage study of the vaccine primarily outside the U.S. It also is evaluating another candidate, INO-4802, that targets coronavirus variants.