Please ensure Javascript is enabled for purposes of website accessibility
Log In Help Join The Motley Fool
Free Article Join Over 1 Million Premium Members And Get More In-Depth Stock Guidance and Research
By Leo Sun - Apr 25, 2021 at 8:00AM

The semiconductor equipment maker's stock already doubled over the past year, but it could still have plenty of room to run.

Shares of ASML (ASML -3.88%), the world's top producer of photolithography machines for manufacturing chips, recently hit an all-time high after the company posted its first-quarter earnings.

Those numbers were inflated by easy comparisons to the COVID-19 disruptions a year ago. On a sequential basis, its revenue rose 3% as its earnings per share dipped less than 1%.

Investors might be reluctant to buy ASML after the stock more than doubled over the past 12 months, but I believe it still has room to run, for three simple reasons. 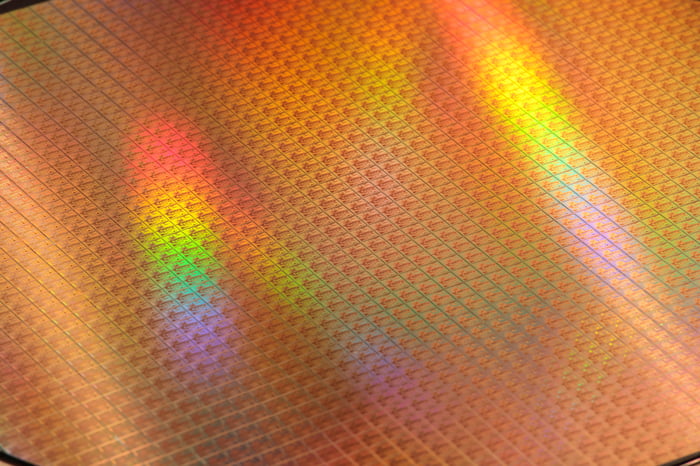 1. Multiple catalysts on the horizon

ASML's photolithography machines are used to etch circuit patterns onto silicon wafers. The world's top foundries, including Taiwan Semiconductor Manufacturing, Samsung, and Intel, all use ASML's EUV (extreme ultraviolet) machines to manufacture their smallest and most advanced chips.

ASML holds a near-monopoly in this crucial market. It will launch a new generation of EUV machines, called high-NA machines, to produce even smaller chips over the next few years. The world's top foundries will all increase their capex this year to deal with the global chip shortage, and a lot of that cash should be spent on ASML's lithography systems.

CEO Peter Wennink noted that the "buildup of the digital infrastructure with secular growth drivers such as 5G, AI, and High-Performance Computing solutions" would "drive its revenue growth toward 30% in 2021." Wall Street expects ASML's revenue to rise 37% this year and another 13% in 2022.

ASML's gross margin expanded year over year during the quarter, rising from 45.1% to 53.9%, as it sold more higher-margin EUV machines. EUV orders accounted for 49% of its total bookings, which increased 54% year over year to 4.74 billion euros ($5.7 billion).

ASML's annual gross margins have continuously expanded over the past few years because the company doesn't have any meaningful competitors. Its near-monopoly in lithography systems, which has been reinforced by over two decades of continuous research, should enable it to maintain its pricing power.

ASML has consistently increased its combined spending on dividends and buybacks over the past decade. 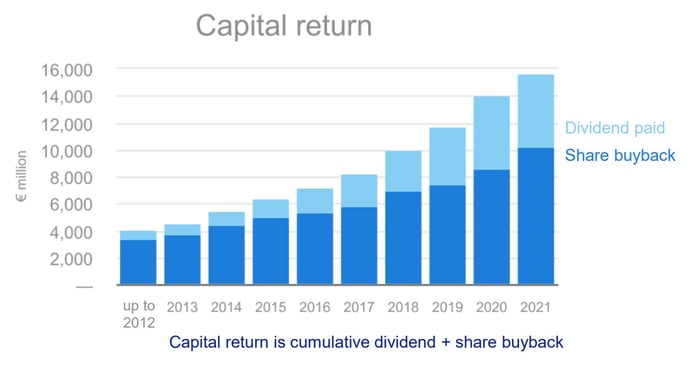 It's raised its dividends annually over the past 10 years. It paid out 1.06 billion euros ($1.3 billion) in dividends in 2020, which gives it a trailing yield of about 0.5%. That yield won't attract any serious income investors, but it's a nice added bonus for holding the stock.

ASML also launched a 6 billion euro ($7.2 billion) stock buyback plan in January 2020 that's planned to go until the end of 2022. It bought back 1.2 billion euros in shares in 2020, then spent another 1.6 billion euros on buybacks in the first quarter alone. It plans to complete the entire buyback plan ahead of schedule.

ASML's current buyback plan only accounts for about 3% of its enterprise value, but it takes a lot of confidence for a company to aggressively buy its own stock at all-time highs. That confident stance, along with its market dominance and the near-term catalysts for its EUV business, suggests ASML's stock isn't that expensive at 44 times forward earnings.

ASML's growth story is easy to understand. It provides essential systems for the semiconductor industry, which is experiencing a super cycle of growth as new secular trends throttle the global chip supply.

Its gross margins and earnings should continue rising for the foreseeable future, and it's consistently returning its cash to investors with dividends and buybacks. This stock might initially seem pricey, but its strengths easily justify its slight premium and make it a compelling long-term investment.