Please ensure Javascript is enabled for purposes of website accessibility
Log In Help Join The Motley Fool
Free Article Join Over 1 Million Premium Members And Get More In-Depth Stock Guidance and Research
By Keith Speights - Apr 28, 2021 at 5:52AM

It might be able to, although it won't be easy.

Inovio Pharmaceuticals (INO -6.67%) hasn't ranked among the leaders in the COVID-19 vaccine race so far. However, the small biotech has been a definite contender in the second tier of vaccine makers. Inovio hoped to separate from the pack by delivering impressive results with a planned late-stage study of its COVID-19 vaccine candidate INO-4800.

That plan just ran into a major obstacle, though. Inovio announced last Friday that the U.S. Department of Defense has decided not to fund the company's phase 3 study. The news caused the biotech stock to plunge 26%. Can Inovio recover from its huge setback? 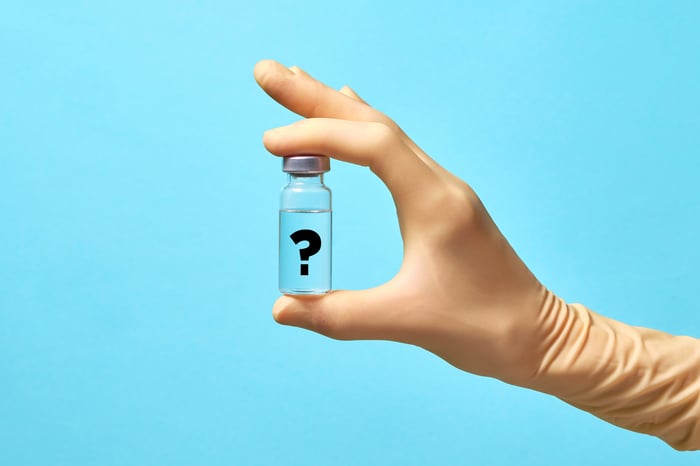 Although some investors were excited about the potential for INO-4800 last year, there were questions about how Inovio would fund clinical studies of its COVID-19 vaccine candidate. When it announced in November 2020 that the U.S. Department of Defense agreed to fund the Innovate phase 2/3 study of INO-4800, that was widely viewed as a big step forward for the company.

But the reversal of course by the Department of Defense -- in not funding the phase 3 part of the study -- amounts to two big steps back for Inovio. In some respects, it would have been better for the company to have not secured Defense Department funding at all last year. That would have forced Inovio to find alternative sources of funding, and avoided putting it in the situation it now faces.

Things could've been worse. The Department of Defense will continue to fund the phase 2 portion of the study, which is expected to wrap up soon. Also, the department's Joint Program Executive Office for Chemical, Biological, Radiological and Nuclear Defense told Inovio that the funding decision had nothing to do with the company or its vaccine program -- it was due to the "changing environment of COVID-19 with the rapid deployment of vaccines."

So what's Inovio's "plan B" for INO-4800 now that it doesn't have funding for a U.S. late-stage study of INO-4800? It's to focus on testing primarily outside of the U.S. The company said that it plans to work with Chinese biotech Advaccine and the International Vaccine Institute (IVI) "for a predominantly ex-US global Phase 3 trial."

In January, Inovio and Advaccine announced a deal to develop and market INO-4800 in the Greater China market, which includes mainland China, Hong Kong, Macao, and Taiwan. The two companies are already working together on a phase 2 study of the COVID-19 vaccine conducted in China. Inovio has also collaborated with IVI on conducting a phase 1/2 clinical study of INO-4800 in South Korea.

Does this mean that Inovio's prospects for INO-4800 in the U.S. market have evaporated? Maybe. Even if Inovio's original plans for a late-stage study in the U.S. had moved forward, the biotech could have been too late to the party -- at least for this year.

The Department of Defense was absolutely correct that since it first agreed to fund clinical studies for Inovio's vaccine candidate, the dynamics for COVID-19 vaccines in the U.S. have shifted significantly. The United States now has supply deals in place for more than enough vaccine doses to fully immunize all Americans this year. It's even shipping doses of AstraZeneca's COVID-19 vaccine to India -- a vaccine that hasn't yet won Emergency Use Authorization in the U.S.

Despite its major setback, Inovio could mount a comeback. The stock has already clawed back some of its losses since the announcement of the loss of funding last week. Inovio's shares are still down more than 20%, but that may not be an insurmountable decline to make up.

Inovio could still achieve success with its international late-stage testing of INO-4800. It's possible that the company's pan-COVID-variant vaccine, INO-4802, could deliver exceptionally high efficacy against emerging coronavirus variants. Remember, too, that Inovio's pipeline includes quite a few other candidates.

Granted, the road to recovery won't be an easy one for Inovio. But it's not an impossible task.

To be clear, I don't think that Inovio is a great stock to buy right now. However, this is a company that has managed to stay in business for decades despite running into many roadblocks through the years. Inovio is down, but don't count it out.